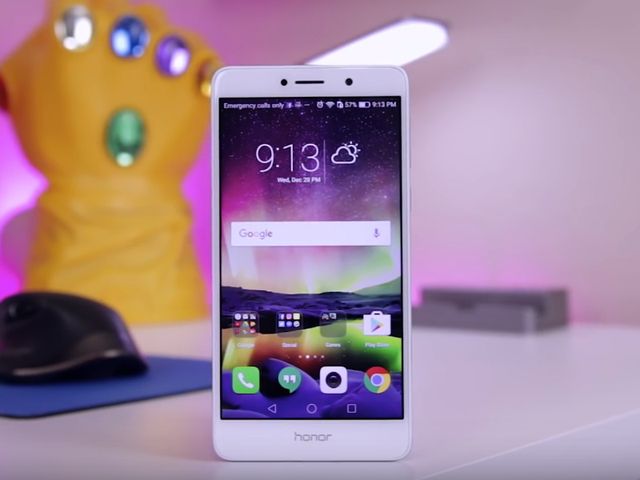 In 2016, with an interval of a month it was announced smartphones Huawei GR5 2017, Honor 6X and Huawei Mate 9 Lite. This is the name of the same device, just for different markets.

As a rule, Huawei does not differ conservative pricing for smartphones of its own production. But not at this time. Taking into account the specifications and capabilities of the device the company has offered a very attractive price tag. The minimum price for a configuration with 3 GB is 264 USD.

The manufacturer made a bid to raise the bar for quality shooting in the middle price segment. Other characteristics meet the expectations of this class of device. 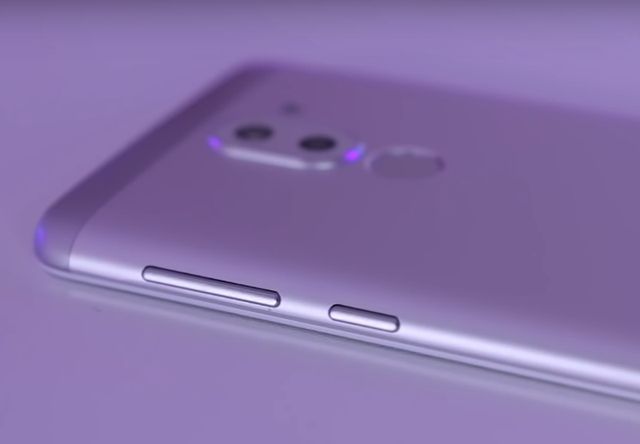 The body Honor 6X is almost completely of metal, plastic inserts apart top and bottom. Compiled soundly. It happens in a gray, silver and gold color. Due to the streamlined forms it looks stylish, and in his hand is good. Case dimensions and weight: 150.9 x 76.2 x 8.2 mm, 162 g

The front part is covered with 2.5D glass. To the right of front and the earpiece is the indicator light to notify of missed events. 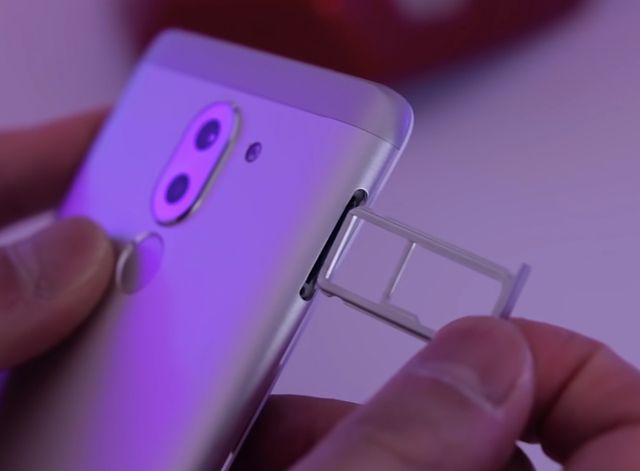 On the platform at the bottom of the screen flaunts Honor logo and navigation buttons rendered on the screen. Display options buttons are configured according to user preferences.

The buttons for power and volume control located on the right end.On the left – combined tray (or 2 SIM, or memory card 1 and SIM).3.5 mm audio jack for headphones and microphone are optional on the upper side.On the bottom – MicroUSB connector with OTG support and symmetrical openings on the sides. The holes hidden right main speaker, a microphone placed to the left. 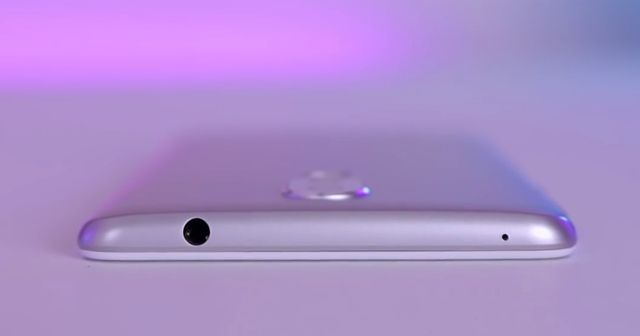 As the processor Honor 6X used by the development of Huawei – HiSilicon Kirin 655, with 64-bit architecture. The chip consists of 8 core Cortex A53, 4 of which are high (2.1 GHz) and 4 – economical (1.7 GHz). One of the key features of this chip is the use of 16-nm process technology in its production. Among all of its advantages should be noted economical energy consumption. Kirin 655 includes an integrated video processor Mali-T830MP2. 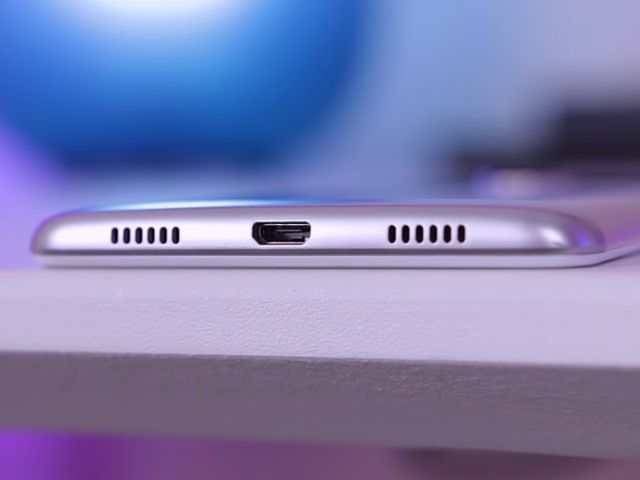 As for the middle class device, Honor 6X shows a good indicator of performance. From 3D games to cope well, even if some are not at maximum graphics settings, but still. Habitual tasks, such as watching videos, surfing the web and launch smartphone apps “clicks as seeds.” the unit does not overheat under extreme stresses. Average grade iron AnTuTu performance benchmark is 56 thousand. Points.

Honor 6X introduced to the market in two versions: with memory sizes 3/32 and 4/64 GB. And the more common version – with 3 GB of RAM and LPDDR3 eMMC storage capacity of 32 GB. The amount of RAM is sufficient, not to worry about that once minimized application unload. Of the 32 GB of internal storage available to the user about 23 GB. If you do not use 2 SIM, you can expand the memory using MicroSD cards up to 128GB.

Housing smartphone molded, so set the battery capacity of 3340 mAh – not removable. It can withstand up to 2 days in moderate use mode. At the extreme stresses it easy enough for one day. This is not the maximum, but very decent indicator of autonomy. The main thing is that the users, who are used to squeeze out of the smartphone “all the juice” does not have to search for the charger and an outlet in three hours. If deliberately “twist» Full HD video at full brightness through Wi-Fi, the battery will last for 7 hours.

The secret of a good autonomy, as usual, lies not only in the capacity of the battery. The complex serves as a good optimization of the firmware, power-saving and energy-efficient setup shell processor from Huawei. With the help of a regular power adapter output 5V / 2A device is fully charged for two and a half hours.

That’s what’s really interesting about Honor 6X. More specifically, the mutual alliance of Sony IMX386 main camera is 12 megapixels and an additional 2 megapixel. This solution provides a wide range of aperture of f / 0.95 to f / 16. If you take a pick ‘wide aperture’ mode, it uses an additional camera. With it you can control the depth of field and make a beautiful bokeh effect. This is where the focus is concentrated on the near object and background – blurred. Moreover, already in the final image, you can choose the focus point, and even completely remove the blur.

A wide range of aperture only allows you to change the depth of field, but has no effect on the actual aperture ratio (f / 2.2). But the size of the pixel main camera – 1.25 microns (as in Huawei P9), which allows the sensor to capture more light. Quick and precise focusing is achieved through phase autofocus actuated for 0.3 seconds. Provided professional mode with manual settings and a variety of modes. With the help of amateur photographers will be able to crank up.

In clear weather, the daily high image quality expected and comparable to more expensive models. In poor lighting conditions the pictures are sometimes blurred. Nevertheless retained acceptable detail of objects, and the noise level – minimum. Sometimes the program is wrong and blurs the subject when shooting bokeh, often produced halos around the edges of the object. Here are some examples of pictures in different settings (click on the interesting image to enlarge):

Honor 6X can record FullHD video with a frame rate of 30 fps. When video recording is possible to activate the AF tracking. But stabilization is still not enough. Frontalka shoots with a resolution of 8 megapixels. Nothing extraordinary, but selfie quite amiss.

PHABLET Honor 6X is equipped with 5.5 “IPS screen with a FullHD resolution and a pixel density of 403 PPI. The display has a good stock of maximum brightness. It sends a clear, sharp image with nice colors. In the settings you can adjust the color temperature. There is a function of “protection of”, which will be useful for those who like to read on your smartphone. Its activation eliminates the adverse effects on the eye blue colors of the spectrum.

Between the glass and the display, there is no air gap. The boxes around the small display. Accordingly, the viewing angles – the maximum for the IPS matrix. Capacitive multi-touch support up to 10 simultaneous touches.

The device Honor 6X is designed for simultaneous operation of two nanoSIM. It can connect to 2G networks, 3G and 4G. The model is equipped with a wireless NFC modules, single-band Wi-Fi b / g / n (2.4GHz), and Bluetooth 4.1. Geolocation and work with fleet applications provide the satellite system GPS, A-GPS, Glonass and BeiDou. They quickly (within 10-15 seconds after a cold start) are satellites and connect to them.

External speaker Honor 6X is a medium-volume, which is quite normal. At maximum volume the sound is clean, not wheezing and merges into porridge. The headphones sound quality seems good for everyone who is not suffering audiophile. A audibility when talking generally excellent. The earpiece is loud, efficiently transmits voice of the caller. By the microphone sensitivity is also no complaints.

Software is based on Android 6.0, the system is installed on top of a beautiful and functional shell EMUI 4.1. It contains a lot of useful chips and settings, supporting interchangeable themes. This is well optimized and works smartly. Firmware originally multilingual, no matter where it will be bought a smartphone. Upgrading to Android 7 for this model is planned for the second quarter 2017.

The back panel Honor 6X is a fingerprint sensor. It works instantly and accurately recognizes fingerprints. It is designed not only to unlock your smartphone finger. For example, it can be used to open the notifications panel, answer a call, turn off the alarm, use instead of the shutter button. It is noteworthy that these features are available without registration fingerprint.

The main features of Honor 6X is dual camera. Previously, such a solution is found only in the premium segment, but now the trend is changing. Huawei has become one of the first producers, who supported the new trend for the medium price range.

Pros and cons of Honor 6X

Xiaomi Redmi Pro can shoot with a double sensor (13 and 5 megapixels), is equipped with Amoled display, it bypasses competitor by 10 nuclear Helio X20, but is slightly more expensive.

LeEco Cool1 with a black border around the screen plays for the assembly and design, but boasts two PV modules by 13 MPs, more powerful chip (Snapdragon 652), and a lower price tag.

Xiaomi Redmi Note 4 is much cheaper competitor exceeds his power processor (Helio X20), but the quality is inferior shooting all the listed options.

Huawei continues to create confusion with their smartphones, “synonymous”. But we have something they got to the core – in this review have counted as many as 3 titles of the same model. However, the important thing is that the smartphone has been quite successful. Huawei Honor 6X specifically designed for photography enthusiasts. This is the case when you need intelligent mobile camera, but only for PhotoChances overpay for flagship no desire. Although the smartphone takes on an average level (as is), to the flagship features it away. Also acceptable cost bribes to obtain the official warranty from the manufacturer.