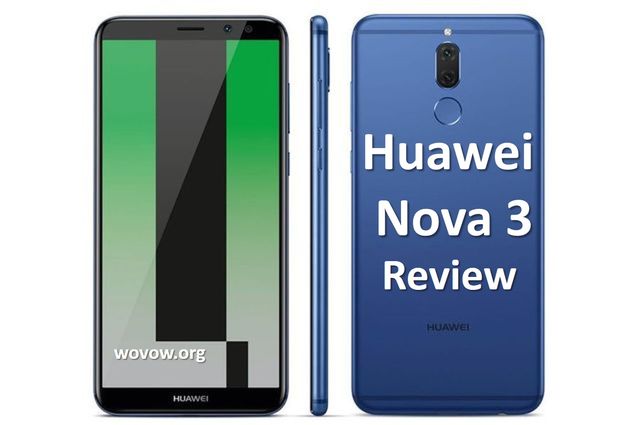 Huawei Nova 3 smartphone released from the Chinese company at the end of 2017 will please the full screen with aspect ratio of 9:18 and Full HD+ resolution. Also it will come with new HiSilicon Kirin 670 chipset, two (!) Dual cameras and durable metal body. 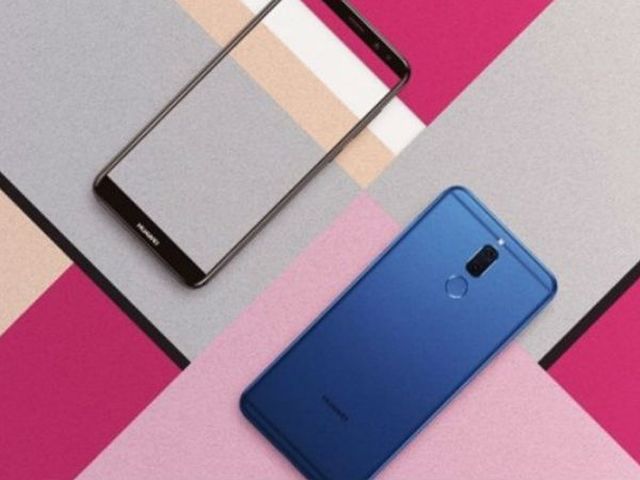 As for design Huawei Nova 3 can be described as a cheaper version of flagship Mate 10 Pro. The design of main camera, as well as the plastic inserts for antennas, has been changed somewhat, though. The fingerprint reader has a classic round shape and is located in the middle.

The key feature of the third Huawei Nova is the previously mentioned display with aspect ratio of 9:18, a resolution of 1080 × 2160 pixels, an IPS matrix and a non-standard diagonal of 5.93 inches. According to rumors, its manufacturing is ordered by another Chinese company BOE.

The network talks about two modifications of new Huawei Nova 3. The first one will receive 3 GB of RAM and 32 GB of internal memory, the second – 4 GB and 64 GB, respectively. In both cases, there is a hybrid slot for microSD memory cards with a capacity of up to 256 GB. 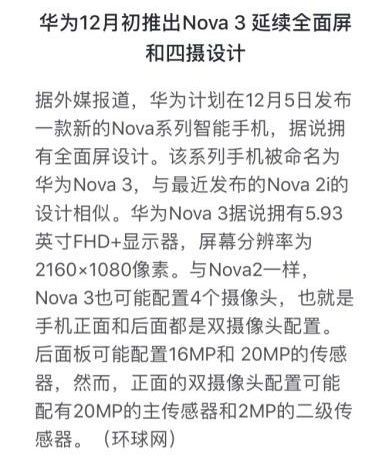 We don’t know much about HiSilicon Kirin 670 chipset. It is made on 12-nanometer process technology and includes two custom cores Moscow and four cores ARM Cortex-A53. Also there is graphic accelerator ARM Mali-G72 MP4.

Thanks to dual front camera of 20MP + 2MP, Huawei Nova 3 promises to be one of the best selfie-phones on the market. Also new smartphone will be able to recognize faces. In general, hihh-resolution front cameras are typical for the Chinese market.

The main camera also includes dual camera wuth resolution of 16MP (color) and 20MP (black and white). The principle of operation is similar to flagship P10 and Mate 10, only without optics from Leica and little worse sensors quality. But there are such flagship features, like zoom without losing quality 2x and phase autofocus. 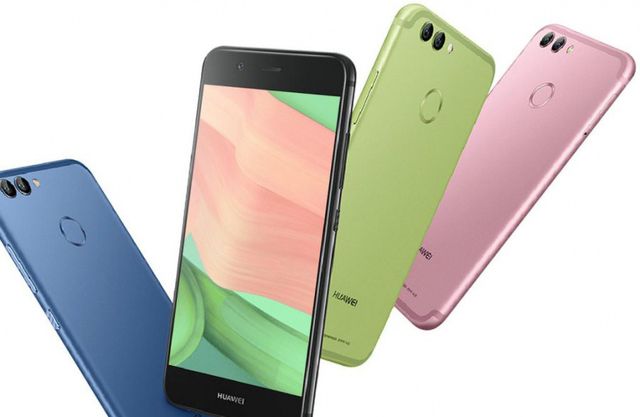 Some sources talk about Huawei Nova 3 battery with a capacity of 3340 mAh and fast charge support using proprietary technology. New smartphone runs on Android 8.0 Oreo with the proprietary EMUI shell.

The price Huawei Nova 3 will be very attractive for a branded product. According to insiders, it will not be more than $400-450. The presentation of new smartphone should take place on December 5, and in China it will go on sale before the New Year. 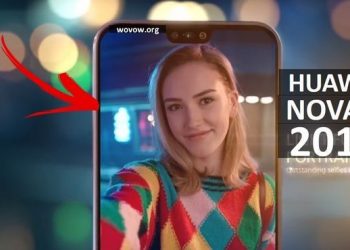 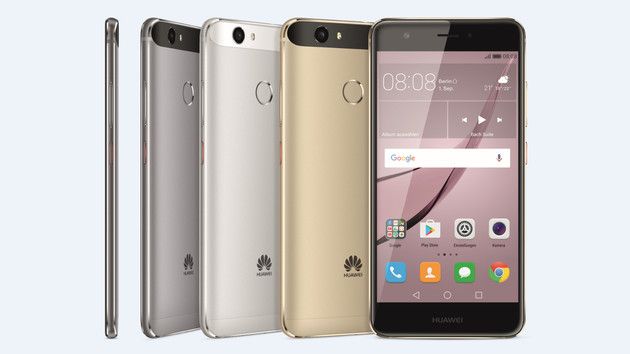 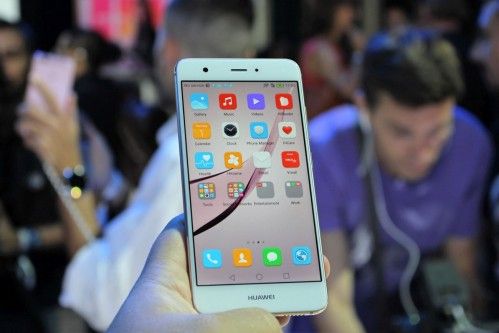