New information about the processors Skylake U for MacBook Air 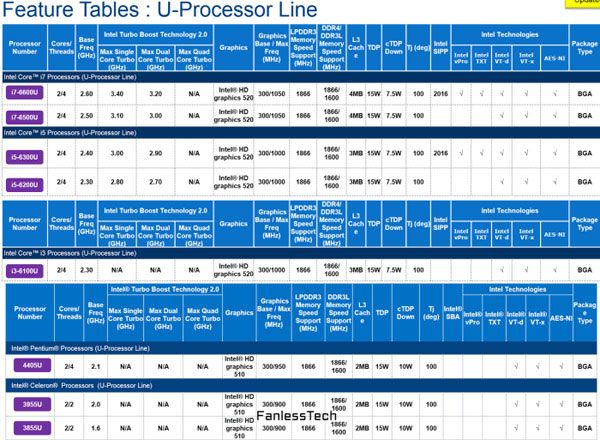 A few weeks ago we learned the details of the new processors Intel Skylake, characterized by an increased performance, low power consumption and a more powerful graphics. Now FanlessTech revealed new details about the CPUs Skylake U.

According to the “road map” Intel, in line Skylake U will include multiple processors, including the i7, i5, i3, Pentium and Celeron. They will be 10% more powerful than the previous generation of chips Broadwell and get a 34% more powerful graphics HD Graphics or HD Graphics 520 510 with a TDP of 15 watts, and in early 2016 in the range of Intel chips will appear even more graphics performance with a TDP of Iris 28 watts. 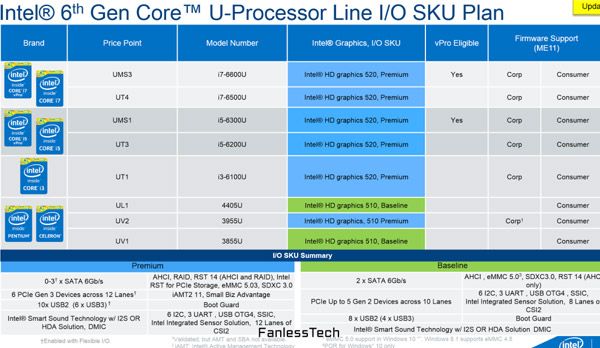 Sources specify that i5 processor clocked at 2.5 GHz and 2.4 GHz is likely intended for the inexpensive notebook MacBook Air, while the 2.5 GHz and 2.6 GHz i7 focused on more advanced models.