To invest in China riskly? 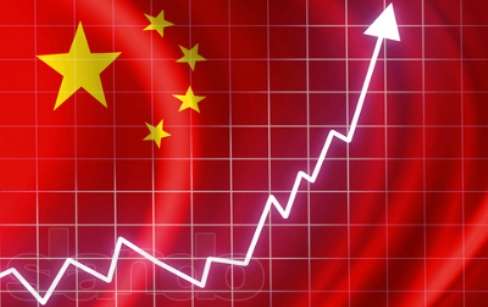 According to analysts TeleTrade, fears market participants associated with the risks of the Chinese economy is not groundless. Many experts and economists agree that the cracks in the economy of China is visible to the naked eye.

The main factor , which indicates the presence of such serious cracks are obvious alarmist sentiments Chinese authorities . In the fourth quarter , China’s GDP grew by 7.7 %, and for the entire current year, the government has set a target to get GDP growth at 7.5 %. Last week, authorities announced that they would cut taxes for small businesses and expand the railway infrastructure in the country. In this scenario , it is important to understand that this kind of stimulus has long been used by China. Browsing a crisis genre though obvious economic success has not been observed , analysts say TeleTrade.

Nor should we overlook the features of investing in stocks or corporate bonds of Chinese companies . Investing in its cache Chinese assets , the investor participates in the market mechanism does not , and in some scheme , under which funds are a source of financing for Chinese corporations. It’s fairly difficult to see revenue growth and dividend payments . There is much more difficult than in the U.S. market , not to mention the “dark” Chinese statistics . Only the Chinese authorities can accurately ” predict ” its economy , unlike anything the world investment community.

Another unpleasant thing is that Chinese GDP includes unfinished development projects. Such projects very much and they make up a significant portion of GDP . In addition, they are made exclusively for credit money and credit market of China all the time on the verge of – the shadow financial sector grows and the proportion of bad loans in banks is also growing , with enviable regularity. Alas, in this scenario , the system shaky early and late and can slam power China will not be able to save the banks .