iPhone 6: Ten reasons to be disappointed 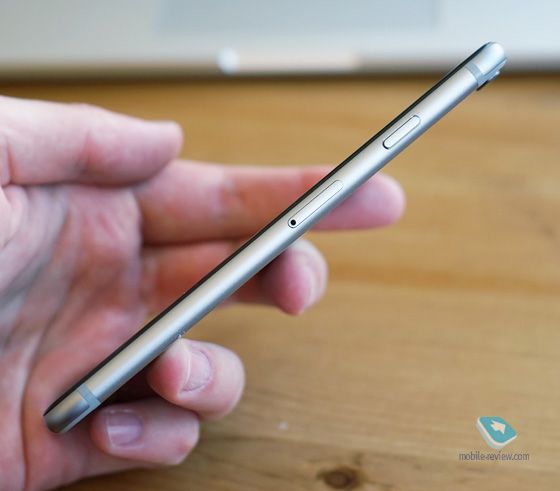 Some thought that the review iPhone 6 are all very good – their words not refuse, but I decided to prepare a summary of disappointing facts about the new smartphone Apple. Hide nothing I will not, I will tell all!

1 Things are very important, and this is Apple’s well aware of all the books about Steve Jobs written about his efforts to improve the product literally everything, to bring to the ideal of every little thing. And so I Pryderi lever to turn off the sound. When disabled, the lever a little bit loose. Trifle? Yes. But such was not the iPhone 5 / 5S, personally tested on multiple devices, there lever like a glove and only moves up or down. The iPhone 6, alas, it is not so, the upwards significantly walks. Do not be scared. But as there about little things?

2 Or, protruding camera lens. Anyone who takes a smartphone in hand, immediately draws attention to it. And I, too, pay attention. I think in the iPhone 6S design change, but a shame that the designers did not fight to the end, as in Jobs – his name will long recall Apple’s case and without. Apparently, the company’s employees to relax a little and offer the possibility to do something not quite right – if only to make. And is not the person that can say, “Guys, protruding camera lens – it’s crap. Let’s change everything, but get rid of this part. “ I do not understand why there are claims to the inserts, antennas, they just look harmonious. But when you give a person look iPhone 6 and he immediately drew attention to the lens – yes, I understand.

3 It’s great when the smartphone 128 GB of memory. It is true cool. I downloaded a bunch of albums and not fussing over every shot, plenty of space. But what about the RAM? I just see some applications do not run the first time. See how slowly sometimes the transition from program to program, and how slow to rotate the image in the gallery. What is this behavior? That did not happen in the iPhone 5S, what has changed in the six? Or maybe it just has not changed? And those pesky brake happen just because of one gigabyte of RAM? I am sure that in the next update will be done with bugs struggle. But why could not immediately think of it?

4 “What is unique here?” – Asks me buddy, the owner’s new iPhone 6. For a couple of minutes, I hang out, and the truth, and that is unique compared to the iPhone 5S? In the improved “five” put Touch ID, there was a better camera, there was a golden color, it is possible to shoot slo-mo. Compared with the iPhone 5 and iPhone 5C unique pieces were. What iPhone 6? There are already known to Touch ID, which was to be expected, there is a gold version. , A model with 128 GB of memory, at 6 Plus has optical stabilization. But there is no icing on the cake, something that would give me the opportunity to tell a friend Basil: “Bob, here is such a cool feature, it is nowhere.” Yes, I am very happy that it’s an iPhone with a large screen, but the very cherry is not here. Alas.

5 In the first couple of days there was scratch at the bottom, below the display. Yes, I wear the device at random and do not care about safety. But scratch? On the glass? How?

6 I thought that the iPhone 6 will last longer – do not know how to behave 6 Plus, but “six” I have been in charge three or four o’clock in the afternoon. Start the day at eight, using a smartphone to complete the program, and has twice been that he just switched off in his pocket, was about five per cent, and they disappeared almost instantly. Apparently, while the updates will try to improve, now iPhone 6 behaves like many smart phones with Android, worse than the iPhone 5S with the same version of iOS.

Glitches iOS 7 8! Yes, my friends, then you can talk about all sorts of things a lot and for a long time. Very strange organization and behavior of the photos in the gallery, a very strange behavior of many applications, programs crashes, sometimes the machine is turned not the first time. There is no stability. Of course, it all better, but still a little sad.

8 I constantly push the power button, recall it was moved to the right end, before she was on top. Just talking about the device in your hand and push without looking – not once, not twice, I accidentally passed to the call menu and someone managed to make a call, accidentally fingering on the display. In fact while you carry the device in your hand, hold it by the ends, from here and from being pressed accidentally. With the iPhone 5S was not like this, click on the button above accident was virtually impossible. So it falls under the thumb it’s great, but would be better if it was left in place from the top. Every iPhone owner told me about it: “They that have suffered button?Well, why? “

9 already regret not having bought an iPhone 6 Plus, at least for the very stabilization and battery. And in general, the output of the two devices are almost the same – a strange phenomenon. If the iPhone 5S and 5C are really very different, something about family sixes this to say. And many have a question, what kind of machine to choose. Answer: “buy one that fits comfortably in the hand” is not appropriate – some familiar girls already 6 Plus, and cope well, can be used. In general, it is hard to choose, it is very hard.

10 Awkward to use with one hand. And there is nothing to add!

Ten million over the weekend – such data have sounded at Apple. Excellent performance, but if you carefully read all of the above, you probably wonder – is it really the company did not test the machine? Is a blind eye to any shortcomings? This is nothing new. The iPhone 4 was a problem with the antenna, the iPhone 5 body peeling, the “Six” as long as the terrible disease is not noticed, all of these quibbles about the lever and the buttons are not so scary. But do not say it is impossible. The company asked a very high level of quality, and opening the box with the device, waiting for something perfect. In principle, iPhone and 6 is equipped. The ideal smartphone for users iOS – notice I do not say anything about the users Android. Eternal quarrel, quarrel high time to stop. There are people who prefer Android, this system has long been matured, gained millions of fans, there are excellent smartphones – to take at least September, this Sony Xperia Z3 Compact, and the Samsung Galaxy Note 4, and Motorola X second generation. Now many say that the market alone faceless devices with larger screens, but before, but our grandfathers, but in the two thousandth year, but Siemens – it seems to me now the moment technical marvels and the former can be left behind . All disappointing facts about the iPhone 6 – no more than a child’s complaints on the non-ideal toy.

But in fact the ideal toys and does not happen, because any toy is made by people.

And if you go back to iOS and iPhone 6/6 Plus, at the moment it really is the best iPhone on the market.

Owning iPhone 5S will give one piece of advice – if you are satisfied with the smartphone and nothing anywhere about lights upgrade, you can safely wait for the iPhone 6S. There certainly fix many (or all) of the above.