iPhone 6c may announce until next year 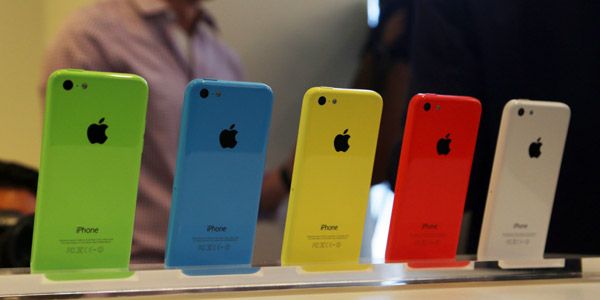 Recently, we often hear about inexpensive smartphone iPhone 6c. And just yesterday, the famous informant Evan Blass (Evan Blass) revealed that the novelty may be announced simultaneously with smartphones and iPhone 6s iPhone 6s Plus.

Recently, however, Fiksu reported the presence in the logs of web-traffic for July, only two new smartphone iPhone 8,1 and iPhone 8,2, which will be known under the trade names iPhone 6s and iPhone 6s Plus. As for the iPhone 6c, then no trace of the existence of this gadget was found.

Recall that today’s iPhone 6 and iPhone 6 Plus identifiers have iPhone 7,2 and iPhone 7,1, while the more affordable smartphone iPhone 5c is defined as iPhone 5,3. Therefore it is logical to assume that the new iPhone 6s and iPhone 6s Plus, similar to its predecessors, will receive the designation iPhone 8,1 and iPhone 8,2.

Fiksu Experts noted that the owners of iPhone 8,1 and iPhone 8,2 use a variety of popular applications. Much of the traffic from these devices is predictable from the US. Seen little activity and smartphones in countries such as Germany and Brazil.

Statistics Fiksu dramatically reduces the chances of an opportunity announcement iPhone 6c next month. It is quite possible thatevleaks still wrong, and 9 September announcement of Apple iPhone 6s limited and iPhone 6s Plus, delayed the release of iPhone 6c for the next year.