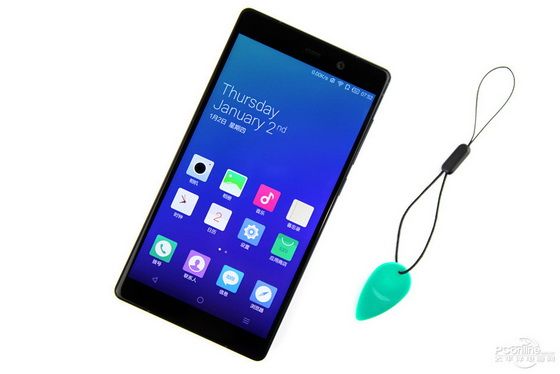 Continue acquaintance with interesting Chinese smartphones, the range of which is now delineated by no means brands Xiaomi, Meizu and Oppo, but much wider. IUNI – a subsidiary brand called as you like, of Gionee – one of the largest Chinese manufacturers of devices. In Russia, Gionee virtually unknown, we recently wrote about their smartphone S5.5, the thinnest in the world, but there are no more examples of devices. The company gradually begins to appear at trade shows – so, Gionee S5.5 was first shown at MWC 2014 – and to expand the lineup. Soon to introduce another world’s slimmest smartphone, but we are interested in the other part. To compete with top-end smartphones Gionee Chinese brands have come up with a separate brand smartphones – IUNI. Under this name, the manufacturer wants to produce only the flagships and do it about once a year, that is rare.Has been IUNI U2, and now it’s the next model – U3.

IUNI U3 presented August 26 in China, it is a top-end Android smartphone with its interesting features about them, I will try to tell you in short, very well try to find a device for review. Here we go. 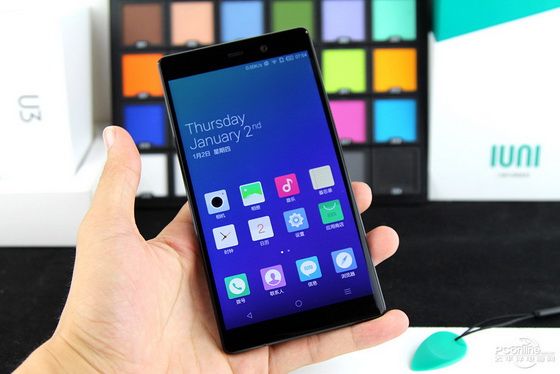 I’ll start, as usual, with the characteristics.

According to the characteristics IUNI U3 looks at least good. Snapdragon platform 801, a screen with the highest resolution, the main camera with optical stabilization, a front with an increased pixel size and good sensitivity. Cameras are good in the second IUNU, so that doubt in their capacity as for the new model does not see the point. The device two slots for SIM-card – one for calls and mobile Internet-enabled LTE, including the frequencies used in Russia, the second – for voice communications. Of the minuses can be noted the lack of memory card slot and version 64 or 128 GB. Still, the variation in this respect, the smartphone would not hurt, in my opinion. On the other hand, UINI U3 is done under the domestic market, as there are other conditions. 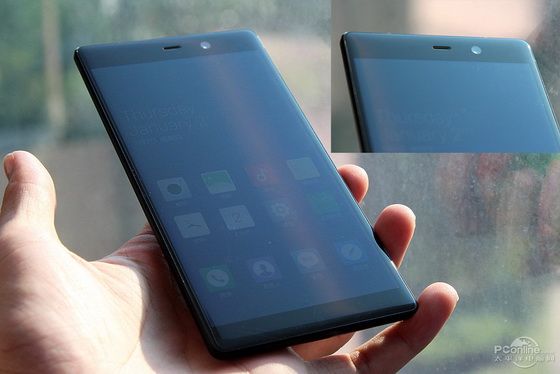 Interesting design trends. I recall that IUNI U2 – this is an unusual combination of compactness and materials: body made of metal, in particular looks cool curved “back”, but due to the screen with a diagonal of 4.7 ‘unit is relatively compact. New IUNI U3 larger, it uses the display with a diagonal of 5.5 ‘and a resolution of 2560×1440 pixels, that is, all along “modern Feng Shui” race for the highest resolution. Good or bad, do not know yet.Probably just as good as if IUNI used screen 1920×1080 pixels. Frames are very thin, and in the size of the new smartphone is compared with five-inch models.

However, the size IUNI U3 still no baby, obviously, diagonal 5.5 ‘imposes its own limitations.Compare it with other smartphones:

Safety glass smartphone curved, convex, something similar implemented in the Nokia Lumia 920 or HTC Windows Phone 8X, the photographs, this effect looks great and impressive, in reality, probably, will also attract attention. Now, when any part of the appearance of the smartphone allows you to somehow highlight it on the background of the same type of bars, it becomes important. 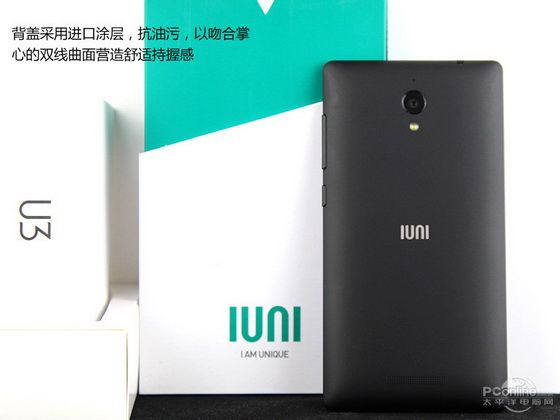 Base of the housing is made of metal, the presentation is traditionally shown as it appears on the site also has a graphic demonstration of the processing of a piece of metal to the moment when he would make the frame of the smartphone. If IUNI U2 metal was outside – in fact, the entire rear side of the body and the upper and lower ends, the U3 is a thin frame, roughly the same solution was Meizu MX2, Meizu MX3 and Xiaomi Mi2.

Smartphone will be provided removable cover solid colors and coated with “factory” pattern.Is not yet clear how it will look in reality (except for a couple of shots, I did not find anything), but the idea I already like. It’s simple, it’s inexpensive and it allows you to add a modicum of personality to your device. What do you think?

Three basic colors – white, black and mint. In the case of black in the color painted steel frame and, in the case of white and mint original frame color – silver. 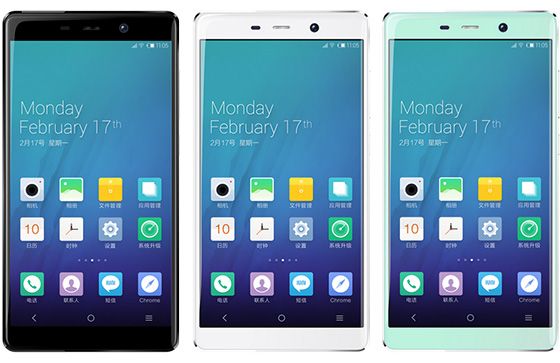 About screen on the presentation spoke a lot of words – and the maximum brightness and picture clarity, and so on, I will not enumerate all, I note only that the screen fulfills clicking gloves and all the basic characteristics of fine, more need to look “alive”.

Now a little about the cameras. Now I’m writing the review of IUNI U2 and I want to note that “local” 16 MP is very, very good, especially for a device which can be said virtually nothing we have not heard. In IUNI U3 module was 13 megapixels, which is a bit strange, but the characteristics are all very good – sensor Sony, f / 2.0, optical stabilization, a wide angle lens (28 mm). Front 4-megapixel camera with a larger pixel size (UltraPixel), f / 2.0.

Examples of photos are also taken from the preliminary review, the link to it you will find above. 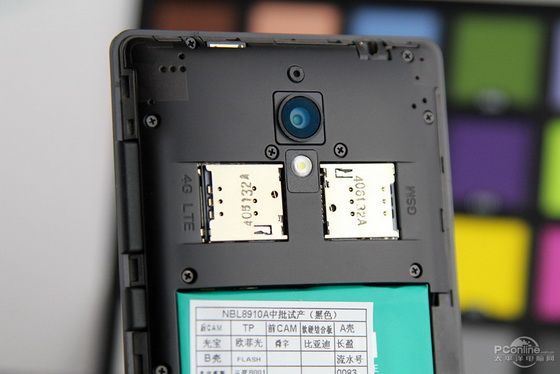 The smartphone will run on Android 4.4, the shell – a proprietary IUNI OS, much like the main idea and the whole organization of the menu on MIUI. Actually, there is even a part of the tools used is the same as that in MIUI, so if you’re familiar with this project, you roughly know what IUNI OS.

In the sale IUNII U3 ​​arrives in September, the first time “on the coupons,” then it will be easier to find. Situation is typical and yet sad, the Chinese have learned one way to escalate the hype about new products and do not want to invent anything, probably. And the hype is justified – the price IUNI U3 in China is 2,000 yuan, is about 12 500 rubles. In Russia now for the money you can take the machine unless the average price range of a B-brand or something moderately simple from Samsung, Sony, HTC and so on. In the case of IUNI U3 we are talking about the top-end device, there is no only memory card slot and support for NFC, but the second is hardly disappoint many. 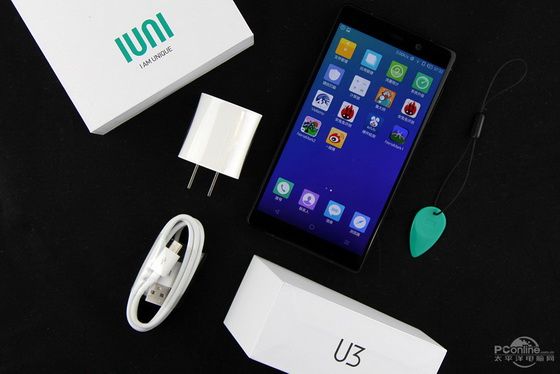 By the way, IUNI already said that preparing for U3 flash normal in English, and although the direct words of the release of the model to the international market yet, it is obvious that the Chinese see a demand for U2 and the general interest in the brand, not only in the local market and will soon start to take some steps. I pre-unit seems to be very interesting, and I’ll try to get it for review. Stay with us!