Johnny Ive left his post and went to INCREASE 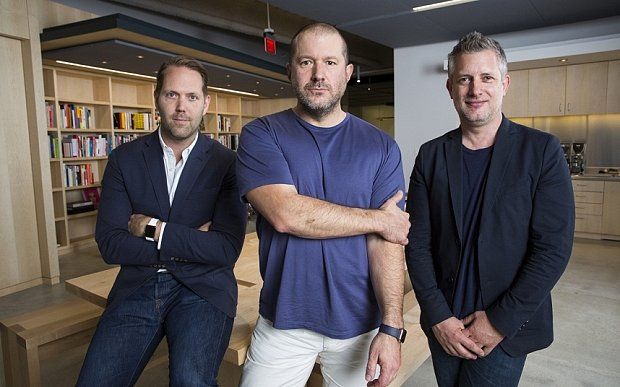 The person in charge for a long time for the design of gadgets Apple, and recently – for system interfaces, is leaving his post as senior vice president of design. He moves to a new post, which was created especially for him – now “a man of the white room” became the general director of the design company Apple.

As befits a big man, Johnny Ive had two deputies – with the first of July, Richard Howarth (Richard Howarth) and Alan Dai (Alan Dye) will take their positions, and will be engaged in the design gadgets and interfaces, one for each direction, respectively. Howarth took part in the creation of iPhone from the first generation, and Dai, for example, was responsible for the iOS 7 interface and Apple Watch.

In fact, the reshuffle is purely character of the distribution of powers as Jonathan Ive is headed by both teams. The new HR system will reduce the burden associated with administrative activities. John will now have more time to “existing design projects and future initiatives,” the letter said Tim Cook.

The plans for the CEO for the design of the products do not only companies, but also to focus on the design of Apple’s retail stores and the new futuristic campus of the company. As reported, Johnny will not only by the building of the campus, but also for matching tables and chairs to be used by employees.

Let us, as we have experienced staff to cope with the management and how it will affect the company’s future gadgets. But the most important issue is, and how soon we will see the results of Alan Dye, because it is the appearance of new iOS and OS X caused a storm of debate and, in contrast to the Material Design in the camp of Android, have taken a cool brand loyal fans.