Early last month, we have heard that the Taiwanese HTC is not only working on two new smartphones the Nexus family, but also received an exclusive 3-year contract for the production of these devices. And recently, the first part of this leak confirmed informant known Evan Blass (Evan Blass).
According to him, HTC is working on two new Nexus-gadgets, code-named M1 and S1. He says nothing about the technical characteristics of the products, but said that they use is not issued by the operating system Android N.

However, despite the silence of the informant, we have some idea about one of these products. After all, almost simultaneously with the tweet Evan Blass appeared in Geekbench benchmark interesting smartphone with the speaker called Google Nexus 6P. This device is based on the Snapdragon chipset 820 and predictably equipped with 4 GB of RAM and the operating system Android N. 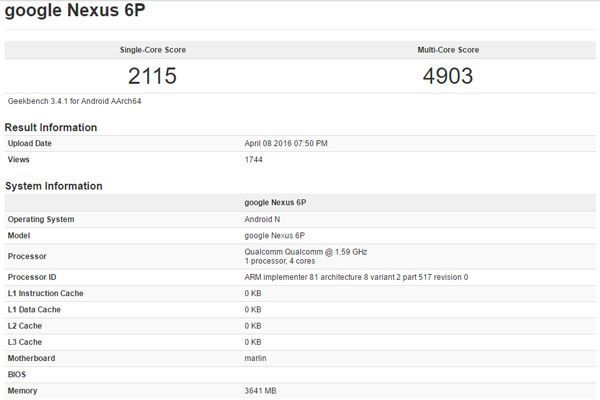 But the most interesting thing in this story is that today’s Nexus 6P developed by Huawei. And not so long ago, the Chinese manufacturer has registered the trademark Huawei 7P. Although the absence of the word “Nexus” was seen by many as a sign of Huawei plans to self-release the actual successor to the Nexus 6P, which will not apply to the Nexus line.

We add that according to rumors, one of the following smart phones of this family is to get 5 “display, and the other gadget is equipped with a large 5.5” screen.