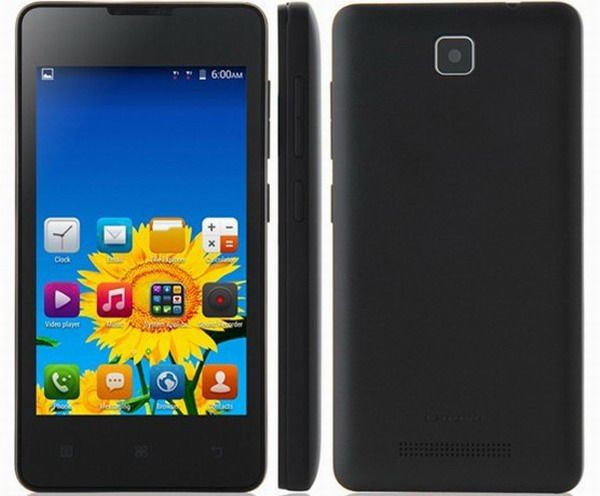 Lenovo unveiled a recommended price of its new budget smartphone A1900 and at the same time to clarify its hardware specifications. The main feature of this device was the removable back cover, giving access to the same removable battery and a slot for SIM-card, of which there are two. This is not even in the iPhone 6, which costs ten times more expensive.

Smartphone Lenovo A1900 is estimated at US $ 60. It includes, in particular, Spreadtrum SC7730 SoC with Mali-400 graphics card, and Google Android OS has been updated to version 4.4.2 KitKat. This smartphone a budget, so it is not capable of much. It contains modules RAM and ROM of 512 MB and 4 GB, IPS-screen with a resolution of 800×480 pixels and a diagonal of 4 inches, a slot for a microSD card and access to cellular networks of the second and third generations.

According to its characteristics Lenovo A1900 model is very similar to Lenovo A789 sample of 2012 and even somewhat inferior to it – for example, it has no front-facing camera, which immediately strikes among buyers lovers Self, and the main camera was only 2 megapixels. Powered smartphone battery capacity of 1500 mAh. In addition to all this in the Lenovo A1900 has a slot microSD. Dimensions of Chinese candy bar made 121h62h10 millimeters and weighs 117 grams. The question price – $ 60.