“The Librarians”: the magic begins 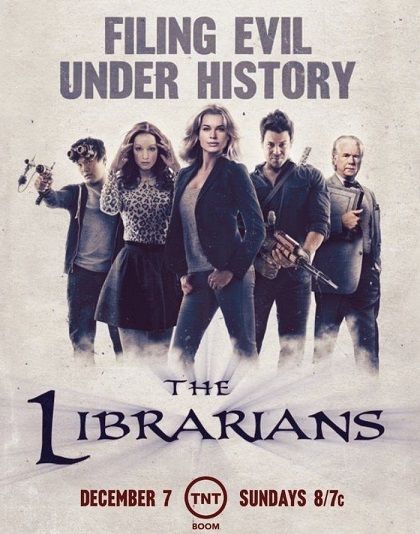 In search of new ideas guide the TNT appealed to the half-forgotten films of the trilogy “The Librarian”, which aired television network in the middle of zero. Their stories were the basis of the fantasy series “Librarians» (The Librarians), which became the spin-offom adventure series. The creators of the new project took all the best of these pictures, add a little adventure in the style of “Indiana Jones” and“National Treasure”, investigations of Sherlock Holmes and horror from the town of Sleepy Hollow, and turned to the topic of magical artifacts, similar to those that were “Storage 13» (Warehouse 13). The result was an exciting, slightly erratic and very dynamic television shows. 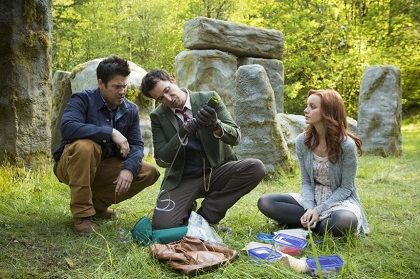 The plot of the series “Librarian” is centered on a mysterious organization, which is located under the building nondescript New York Public Library. The purpose of this ancient order – going around the world powerful supernatural artifacts, which absorbed the old magic, and make sure that they do not fall into the wrong hands.Flynn Carsen chief curator (Noah Wyle) can not cope with this mission alone, and a library that has its own consciousness, invites his bodyguards agent to combat terrorism Yves Baird (Rebecca Romijn). Together they must find and save three survivors of candidates for position Librarian, who is wanted by the dangerous cult called the Brotherhood of the Serpent. In turn, the villains want to destroy all existing and potential defenders valuable relics to use magic in itself, is not humane purposes. 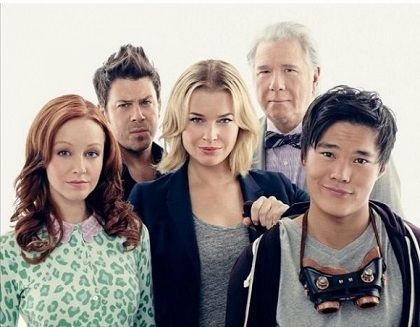 The creators of the series “Librarians” understood that, taking its place in a series of already proven fantasy projects, their show should offer viewers, especially seasoned fans of the genre, something new. Therefore, much emphasis has been placed on an adventurous component. Events are developing rapidly, and the writers very productive use of their allotted time. Also presented in the show world obeys its own laws and is based on well-known myths and legends. For example, in the first two series in general plot outline organically woven into the legend of King Arthur and related artifacts. The series has a special charm: in some moments it is old-fashioned romantic, but it says in the modern language. The biggest of its value in the fact that he is full of self-irony – satirizes many genre cliches, using a rich arsenal of humorous. 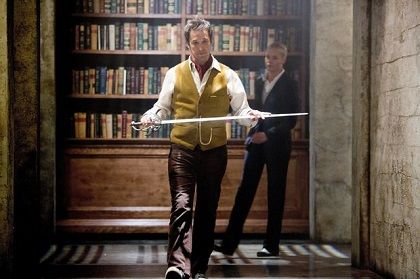 Mainly for the humor in “The Librarian” meets Noah Wyle, whose character Flynn is both a botanist with a variety of academic degrees and daredevils, constantly engaged in a trouble. Him company Rebecca Romijn (“X-Men”), Christian Kane (“Impact» / Leverage), Lindy Booth (“Warehouse 13» / Warehouse 13,“Supernatural» / Supernatural), John Kim, Matt Frewer (“descended from heaven »/ Falling Skies,« Witches of East End »/ Witches of East End) and John Larroquette (” Almost man »/ Almost Human). Together with Noah, who played a major role in the original tape, moved to the small screen such brilliant actors like Bob Newhart (“Desperate Housewives» / Desperate Housewives) and Jane Curtin (“I Love You, Man”). These representatives of the old school of acting has one its appearance increased interest of the audience for the series.

The director of the first two series made ​​Dean Devlin (“Impact» / Leverage). Also staging adventure fantasy Jonathan Frakes has been familiar with Devlin for his work on “Feedback” and had a hand in the production of several series “Castle»(Castle). Project scenario written by John Rogers, Geoffrey Thorne and Jeremy Bernstein – they all worked on the “impact”.

Authors responsible attitude to the child, trying to reach out to the audience with any taste. As a result, the project should come to mind as a fan of fantasy and serialomanam who just want to spend your leisure time fun. Interestingly, the series “Librarians”, released exactly ten years after the first film of the trilogy, already became the highest rating debutant of the year on the channel TNT. The two-hour premiere series gathered at the TV screens 5.4 million people. Thus was broken the record of the previous leader, action-sci-fi thriller “The Last Ship» (The Last Ship).

“Librarians” – a fascinating and charming series. Unobtrusive atmosphere is complemented by an extraordinary television show her acting, with references to the classic adventure plots, self-irony, luxurious props and amusing characters.The show is captivating for its contrasts: the underground labyrinth in the library, the ninja in Oklahoma bar or oil rig worker with an encyclopedic knowledge about art.And what could be more absurd and more fun than librarians who are not chic readers, and fight with swords? ..

The first season of The Librarians will consist of ten episodes.