Can the life of a bright sun? 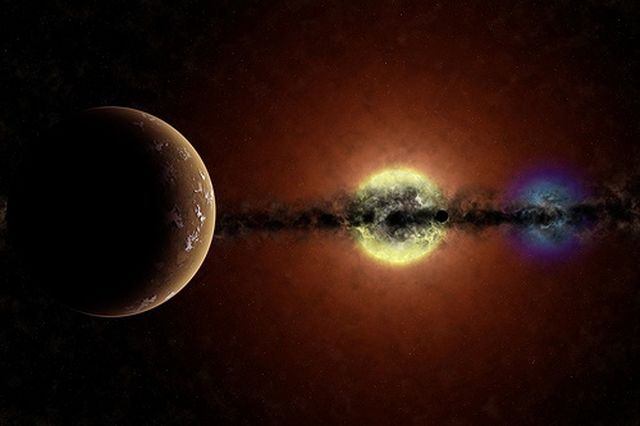 Until recently it was believed that if the star is bright, its light just “endure” protoplanetary gas and dust clouds are far into space and planetary systems will not develop. Then it became clear that the planet can be relatively bright and shining, that’s just … whether they will be living?

Although, as it turned out, the planet may even be the stars of Class B, that is, in fact, blue giants, their lifetimes are measured in millions of years, rather than the billions that are too small to be taken seriously there the life prospects. But the star of spectral class F with a mass of 1.2-1.5 solar surface temperature and gentle – a different matter. They may be from two to four billion years – that is about as much as separates us from our ancestor-microorganism. In theory, this may be enough for the emergence of intelligent life. And after this is possible in theory and attempt to migrate to other stars, astronomy quickly tell the good citizens under the light of the white star that live it left nothing at all.

But here is not whether their fundamentally lifeless planet?

The greatest concern here is ultraviolet: the higher the surface temperature of a star, the bolshii its radiation falls on this part of the spectrum. 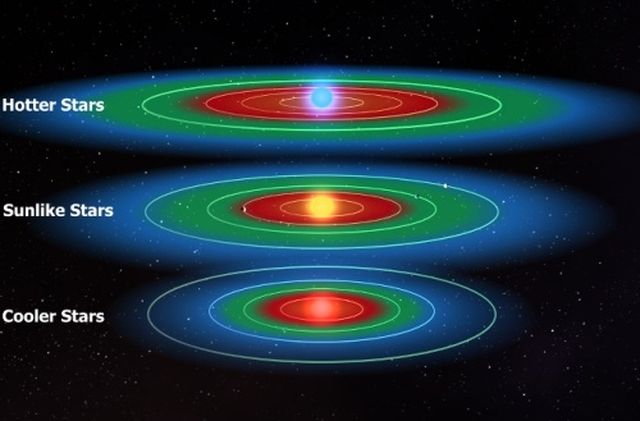 The brighter stars of the class F have a wider zone of habitability (highlighted in green) than luminaries like the Sun. (Image NASA / Kepler Mission / Dana Berry.)

Scientists, led by Manfred Kyunttsem ( Manfred Cuntz ) of Arlington University (USA) emphasize: Contrary to popular opinion, all may not be as scary. Although supposedly the softest conditions for life to exist about red and orange dwarfs, where the influence of ultraviolet radiation on life has been minimal, the fact of the presence of life on Earth, where short UV rays pretty much proves that hothouse conditions are not binding.

Ultraviolet can give certain parts of the DNA molecule (or its analogs) with enough energy to get them to form a “wrong” connection between those parts that were not designed for this. Naturally, as a result of inevitable mutation, damage genetic information, the risk of cancer (after the appearance of multicellular) and other woes.

Researchers have tried to simulate the extent of such damage to the hypothetical planet of a star of spectral type F, receiving the same total amount of radiation as the Earth from the Sun. Subtotal sinister: on average, ceteris paribus, a white star threatens to damage the DNA there the shortwave ultraviolet light in 2,5-7,1 times more than our sun blue. Oscillations correspond to different categories of F-stars (from 9 to F 0 F), but in any case, life is bad enough. Even the components necessary for its occurrence (complex carbohydrates), under such pressure can quickly degrade and not forming the first living organism.

But this is not “gamover.” Let’s say we have a neighbor, Venus. On its surface due to the greater proximity to the star should be twice the ultraviolet than any Cuba. The facts, however, are such that it do not exist there, neither short-nor any other. Atmosphere second planet is so dense and the clouds so inseparable that direct sunlight generally never reach the surface. And this does not need to have absolutely Venusian atmosphere: simple abundance of tropospheric water vapor in large “super-Earths” completely stop ultraviolet without catastrophic loss of water planet.

Go ahead. According to modern concepts, life appeared on Earth in the water or at least in the coastal zone. Even a small layer of the fluid effectively protects living organisms from ultraviolet radiation, including the case where the atmosphere is relatively sparse and transparent, as we have with you and your relatives. Other hypotheses and does postulate that the origin of life is best suited black smokers – geothermal springs on the ocean floor, where a large variety of specially created complex chemical compounds. Needless to say, there is not something that ultraviolet light, but generally almost no solar radiation misses, and the formation of life is not threatened.

Well, convinced. But to be born in the water column and to live there – it’s not an option. Complex life and, if I may say with, the mind seems to appear only on land: even all these very clever dolphins ultimately descended from someone like hippos returning to the sea after a hundred million years of the wanderings of their ancestors on the land.

As the author works, the moment of truth will be the appearance of the first unicellular photosynthetic capacity. If possible – and in ocean water for this no special obstacles, as water extinguishes bad ultraviolet – will photosynthetic oxygen saturation of the atmosphere. Even at 10-12% of its content in the earth’s atmosphere it creates density-taki ozone layer. The intensity is directly proportional ozonoobrazovaniya UV flux. It will be 2-8 times higher? Excellent, oxygen will be converted into ozone much faster than on Earth.

Also, Mr. Kyuntts believed that additional UV-rays do not necessarily have to be one only there the evil for life. Along with the ability to damage biomolecules, ultraviolet theory can carve a spark for life, becoming a source of energy for chemical reactions in the “primordial soup” and allowed the reaction to it to go faster than us.

Even if the level of UV just slightly increase compared to the Earth’s norm, in fact, it might be good for a relatively complex life after its occurrence, pushing mutation. Good speed of development is unlikely to be a bad factor for life on the planet that still burns in the fire of hell in a few billion years.

In such places, even a strong ultraviolet should not interfere with the survival of photosynthetic organisms. (Photo Tata Aka.)

An added bonus would be that due to the high luminosity stars of spectral type F habitable zone around them is much wider than the yellow dwarfs a la Sun. Although the exact boundaries of the “habitable zone” are today the subject of heated discussion in the solar system, its width is determined by a maximum of 0.7 and. is (from 0.8-1.5 to 0,95-1,65 a. F.). Around F-star it will be equal and 2,0-3,7. is that twice as wide as our own, and even the lights of spectral type F8, having slightly lower surface temperature, the width of the habitable zone, extending from 1.1 to 2.2 and. is to exceed our time in half.

On the other hand, the statistics of extrasolar planets for stars of this type is still very small – both because of their much smaller than the yellow (and even more red and orange) dwarfs, and just because our methods for finding planets still better see the body in the star itself, and not a few as well. That is, that we can not guarantee that the density distribution of exoplanets in white main sequence stars coincide with the hinterland of the solar system, and there in this relatively wide gap habitable zone can get an average of less planets than placed on a pair. is in the solar system.

One thing is for sure: exclude the possibility of the emergence and development of complex life of a star of spectral class is impossible. Therefore, for such plants should carefully observe in the future, especially since they are in the immediate vicinity of the Sun.

The report on the study will be published in the publication Journal of Astrobiology in May 2014. 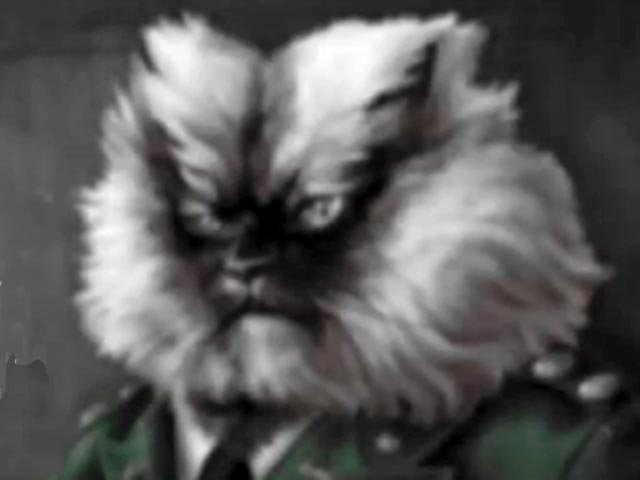