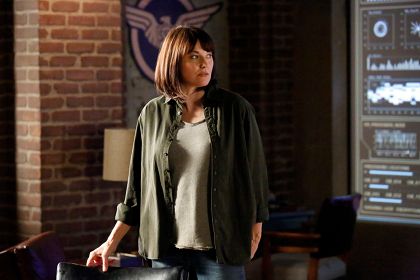 Lucy Lawless talked about the role of Isabelle Hartley in the series Marvel’s Agents of SHIELD, a new team, and the surprises that await viewers in the first episode of the second season.

Under what circumstances we meet Isabel?

SHIELD has been broken into shards that the new season will be glued to the Director Colson. Isabel Hartley – an old military friend Phil, he can entrust their plans to rebuild the organization. My character went with Colson fire, water and copper pipes, and therefore will be ready to immediately rush to his aid. Phil always liked Isabel, but her way and her old team. This will inevitably lead to tension in the relationship between people and their subordinates Hartley Colson. 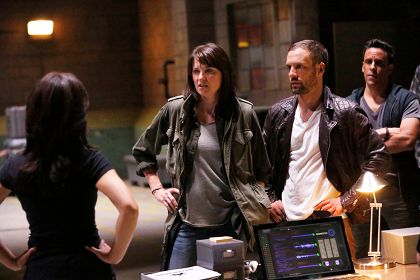 What can you tell us about the team Hartley?

Lance Hunter (Nick Blood) is a mercenary just for money, but because he is somewhat confused by the fact that Isabel would agree to help Colson. But my character still refers to it as a favorite nephew. Idaho (Wilmer Calderon) – studentIsabelle, who has a terrific set of skills.

At the festival, Comic-Con creators said that Isabel always keeps on hand a knife …

Well, suddenly have something to cut. Or someone … In Isabel have something from working in the hot spots of journalists, which are always in search of danger.From the creators of Marvel’s Agents of SHIELD Joss Whedon and Tancharoen Morrissey I was already familiar to work on the project “Spartacus: Blood and Sand» (Spartacus: Blood and Sand) and “Spartacus: Gods of the Arena» (Spartacus: Gods of the Arena). They came up to me a very interesting role. I was also pleased to work with Clark Gregg. He is not only a great man, but a true professional, an example for the young actors. 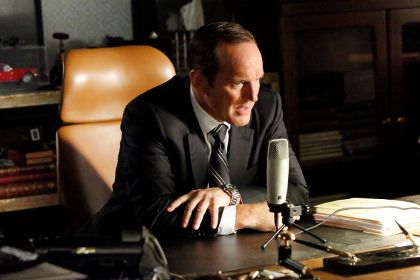 And what to expect from the premiere audience?

At the beginning of the new season G.I.D.R.A. appear in all its glory. The good guys have a hard time in the struggle against the forces of evil, but SHIELD can not simply surrender to the winner because of the organization will determine the fate of all mankind. Fans of the series will find many surprises, such as the appearance of the antagonist nicknamed absorber. In the comics, I’ve always liked his ability to absorb the properties of the materials with which it is in contact. Even cooler is that the organization of such G.I.D.R.A. supervillains, there are several hundred.