Magicsee N5 NOVA First REVIEW: One More TV Box – Is It Better Than Others? 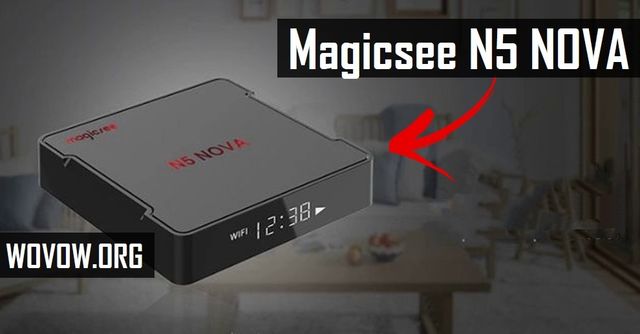 TV box is a necessary device for those who like to watch movies or TV shows on the big screen, but still do not have Smart TV. It is a compact and easy-to-use device that will make your old TV to run on Android operating system with useful Android apps.

In this article we will talk about the new TV box called Magicsee N5 NOVA. The Chinese company has already pleased us with its hybrid TV set-top boxes with built-in DVB tuners. 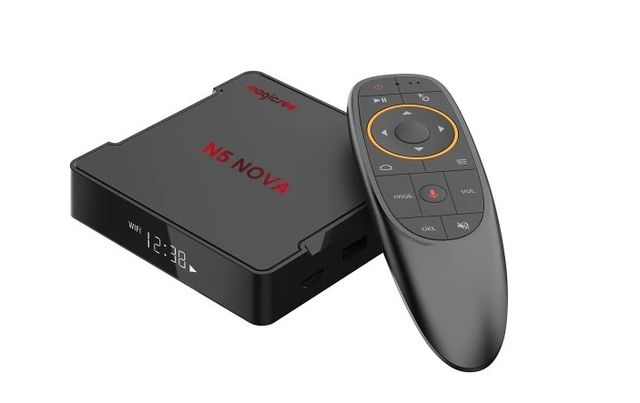 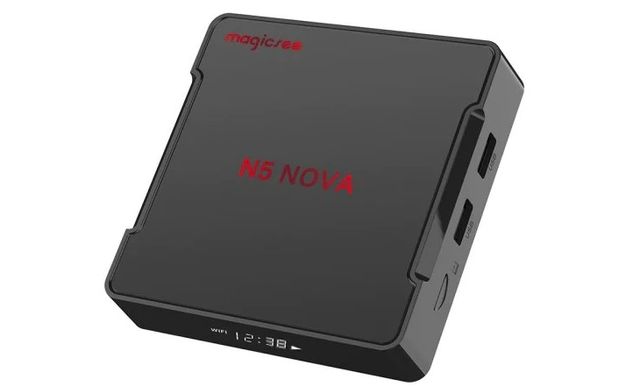 On the top panel of TV box there is only Magicsee company logo and model name – N5 NOVA. The inscriptions are red. 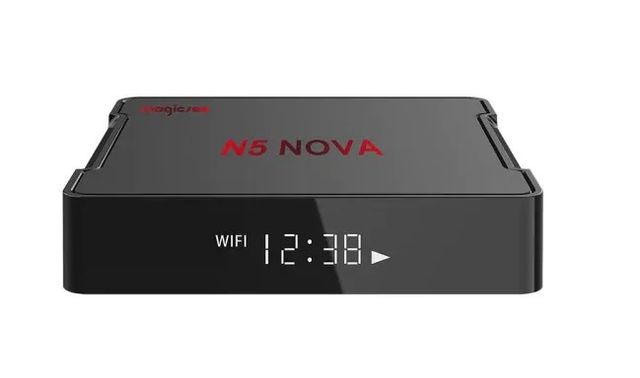 The entire front panel is occupied by LED display that shows time and Wi-Fi connection.

Ports and connectors are located on the right and rear faces. There are 8 connectors in total. Let’s start from the right side. 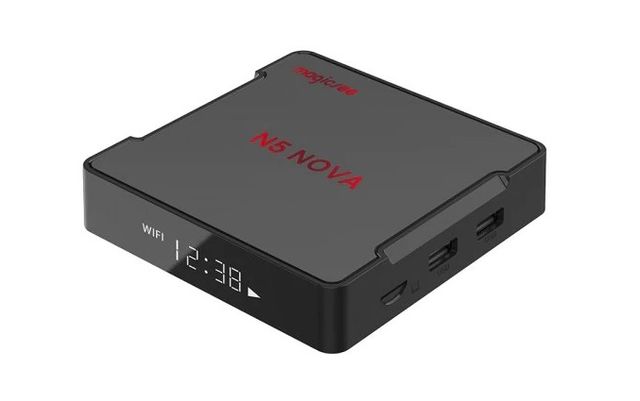 On the side, we can see slot for TF memory card, USB 2.0 and USB 3.0 port. Using USB ports you can connect different devices such as USB flash drive, keyboard, mouse or gamepad to TV box.

On the box, there is LAN connector, analog audio and video output AV, audio output SPDIF, HD and DC port. 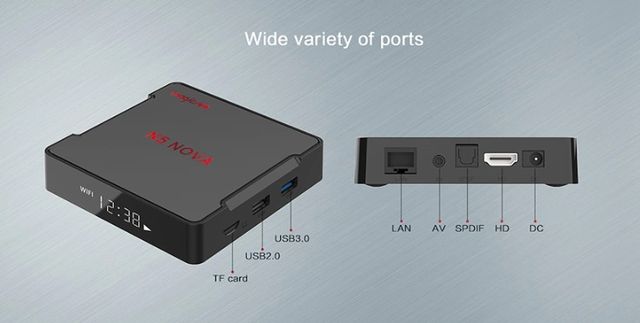 Magicsee N5 NOVA stands on four rubber legs. They prevent scratches on the surface of the table or shelf, as well as slipping. Most of the bottom panel is occupied by holes for cooling and ventilating. Thanks to these holes, the TV Box does not overheat. 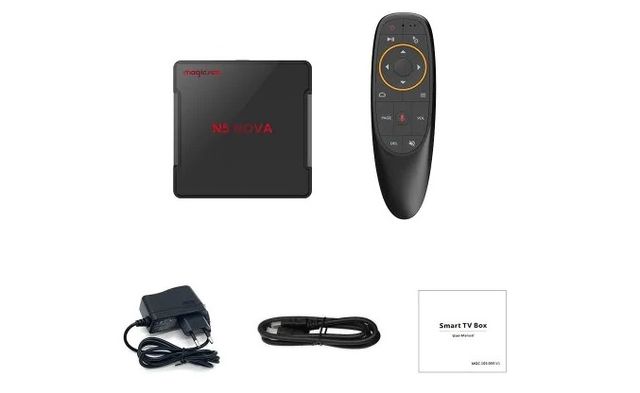 Now let’s look at package contents. In general, it is standard. Together with TV box you will get power adapter, HDMI cable and user manual in English. Also, there is IR remote control in the box.

The new TV set-top box has received only a few small changes in design compared with previous models of Magicsee. However, the appearance of remote control has changed a lot. 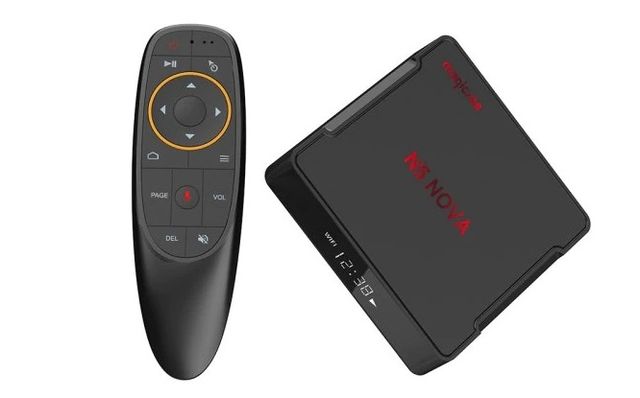 There are not many buttons on remote control, so it will be easy to deal with them. The buttons are white, and only the power button and voice control – red.

Next to the power button, there is LED indicator and microphone for voice assistant. The remote control is powered by two AAA batteries, but they are not included. 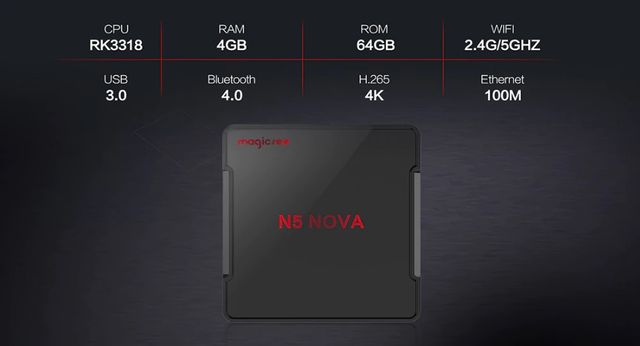 The new TV box from Magicsee has new Rockchip RK3318 processor with 4 cores Cortex-A53 and a clock speed of 1.5 GHz. We should note that this is the most popular processor for TV boxes with support of Android 9.0 operating system.

Mali-450 is responsible for the graphics. This is a reliable and budget graphics accelerator, which has long been used on the market of smartphones, TV boxes and tablets in budget and medium price segment. 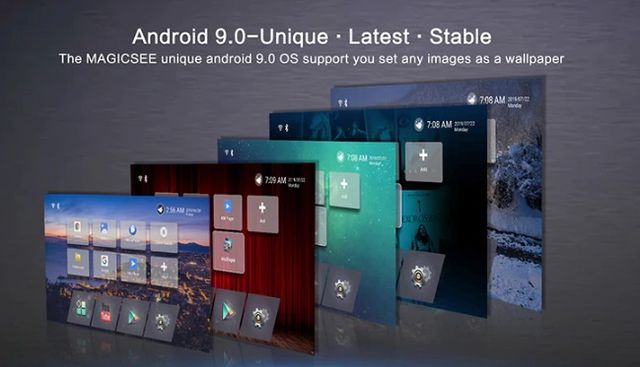 Magicsee N5 NOVA has 4GB of DDR3 RAM and 64GB of internal memory. As we already said, using USB ports and microSD slot, you can increase the internal memory up to 64 GB.

Judging by the previous models of TV boxes from Magicsee, 4 GB of RAM is enough for fast and stable work. 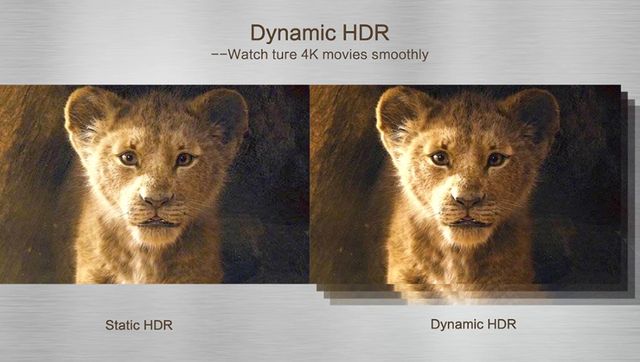 Hardware decoding of H.264 and VP9 helps to save 50% of resources. It also has a positive effect on video playback in 4K resolution. 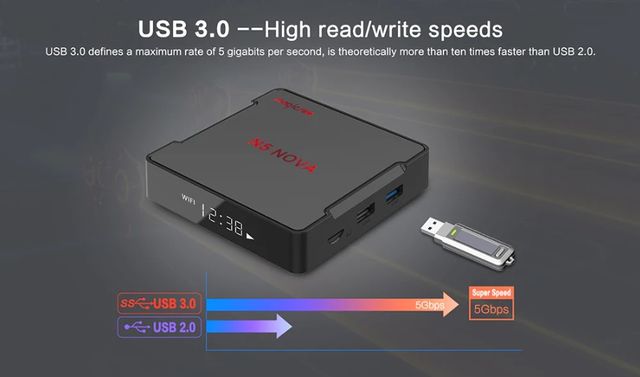 Also, the user can connect TV box to the Internet via RJ45 port. It provides speeds up to 100 Mbps. 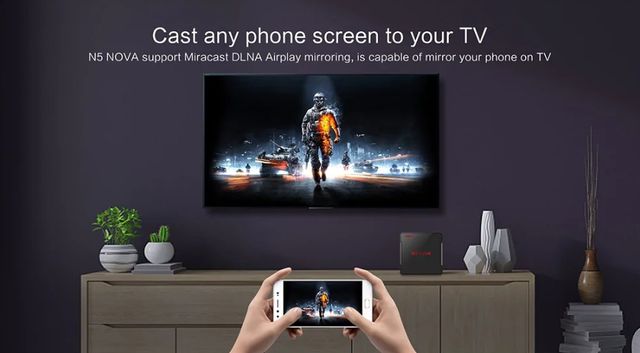 Now it’s even easier to control Magicsee N5 NOVA TV box, thanks to support of voice control on remote control. You just need to press a special button on remote control to turn on a movie or find information of interest to you. For example, you can find out the weather forecast, news, or launch any apps using voice commands. 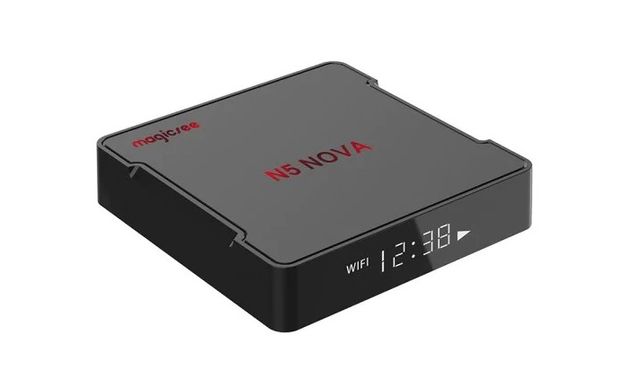 Magicsee N5 NOVA TV Box is now available for sale. You can buy it in Chinese online stores for only $49.

This is a reliable TV box with a good processor, large memory, support for 4K video playback and voice control. Magicsee N5 NOVA will turn your TV or monitor into a Smart TV, and provide a pleasant impression of watching your favorite movies on the big screen. 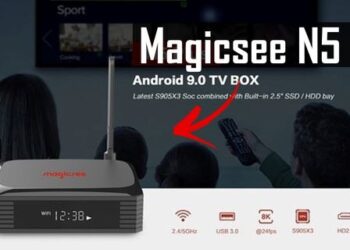 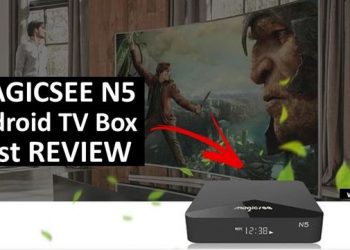