Magnetic reconnection is able to promote the controlled thermonuclear fusion 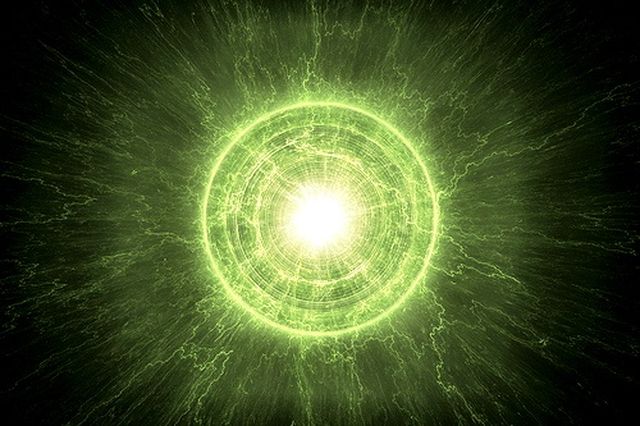 American specialists of Michigan and Princeton University have discovered a new type of magnetic behavior of plasma capable, in their opinion, be useful to achieve more effective inertial fusion scenario.

Briefly recall: in this method nuclear fusion is achieved by firing from all sides by laser beams with deuterium target. To raise the temperature and pressure in the target to the conditions that characterize the interior of stars, the shell of the target should start to evaporate evenly, all at once. In practice, however, she prefers first to evaporate in a number of individual points, causing the target area is not compressed, and a bit of a lump, and the pressure and temperature to be not so large. As a result, the overall efficiency of the scheme “Laser Barrage – thermonuclear reaction” remains disappointingly low, causing spending to maintain the reaction more than it is possible to obtain from the energy. 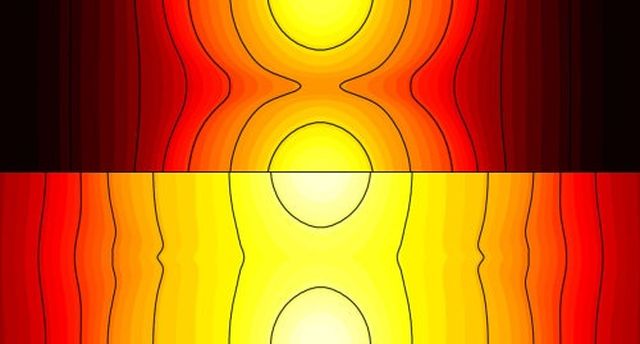 Above: when heated magnetic fields do not give heat freely distributed on the shell of the target, creating a “fence” around the two spots from laser beams. However, (below) the moving magnetic fields can connect and create a channel exchange of heat between the two spots. (Fig. Joglekar, Thomas, Fox, Bhattacharjee.)

Uneven heating of the shell of the target due to the fact that the heat is transferred to electrons in the shell, “diverging” from places touch almost two laser beams.

But the fact is that when the laser turns the wall of the target (at the contact point) in the plasma, electrons begin to move in it, there is a magnetic field, and it, in turn, restricts the free electrons spread evenly in all directions.

A team of researchers led by Amitava Bhattacharjee ( Amitava Bhattacharjee ) from Princeton University (USA) failed to show that all this is not entirely hopeless. “Hot” electrons in an attempt to get to the colder regions can “push” magnetic fence on, to some extent shifting border uniform heat distribution. Moreover, it was demonstrated that such a movement can be used to join magnetic “walls” between two points, heated neighboring laser beams.

In fact, scientists have discovered an entirely new mechanism of magnetic reconnection. In theory, these processes can take place not only in thermonuclear targets, but also on the Sun where magnetic reconnection is directly related to flares and mass ejections from the surface.

But back to Earth. Physicists are sure designers inertial fusion systems can use the newly discovered features of magnetic plasma processes to accommodate lasers acting on target an optimal way, ie so as to prevent its uneven compression. Thus can significantly increase the efficiency of this process, taking a step toward economically expedient fusion.