Marchionne has promised not to “lay an egg with DNA Ferrari” 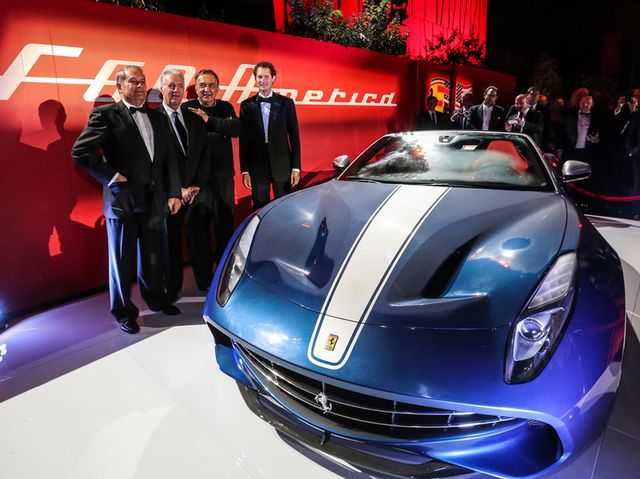 Head of Fiat Group, Sergio Marchionne, who became the head of Ferrari after the departure of Luca di Montezemolo, has already announced major changes to the brand – Ferrari will increase production. This may affect the exclusivity of supercars, but Marchionne has promised not to harm the image of such a famous brand.

Almost immediately after the announcement of personnel changes in the leadership of the president of the brand Ferrari newly announced an increase in production supercars. Against the background of the fact that all other exclusive brands are trying, on the contrary, to restrict output, to preserve the image of the reach of most cars, the solution to many seemed a little strange – there were fears that Ferrari will lose its luster.

Di Montezemolo, as head of the company, insisted that the sale of Ferrari should not exceed 7,000 vehicles per year – it will keep the exclusivity and high price of both new and used Ferrari. However, Marchionne decided that volumes will increase supercars from 7.2 to 10 thousand cars annually. Its stance Sergio explained that the world’s growing number of millionaires and billionaires who want to ride on supercars.

In a recent interview with CNBC, held in celebration of the 60th anniversary of Ferrari in the United States, Sergio Marchionne said that the company Fiat Chrysler Automobiles NV (FCA) will take care to maintain the status and the DNA Ferrari of the brand.

“We have to be careful with limited ambitions DNA Ferrari, because buying supercars base is constantly growing. Business (Ferrari – Ed.) Is in good hands FCA, as long as we do not screw up with the DNA Ferrari”, – said the head of the group.

Another concern, which causes management Marchionne is the possible sale of the brand. However, such a development is unlikely, despite the fact that Sergio himself said too weak links between Ferrari and the rest of the group FCA.