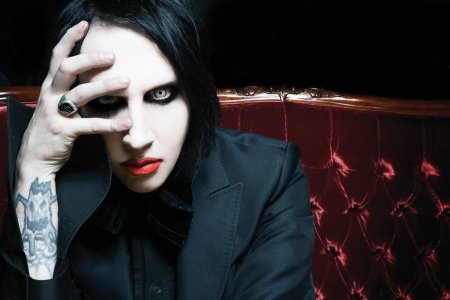 The creators of Sons of Anarchy shared with fans show details about the character of Marilyn Manson.

Recall the famous American rocker is a huge fan of the series and even at the disposal of the FX channel all his songs for the musical setting of the show. Earlier it was reported that the final seventh season this Antichrist Superstar play quite an important role. According to the information portal DigitalSpy, Marilyn reincarnated as a prisonerRon Tully. Ron – criminal authority, looped on the superiority of the white race. Thattally will Jax (Charlie Hunnam) to expand its sphere of influence and to solve some problems. “My father and I are big fans of the show, and I’m very glad that I can take part in one of the most exciting projects of American television. “Sons” occupy a special place in my heart, and now full of happiness I miss a motorcycle “- said Manson. “Sons of Anarchy” on FX return in the fall.