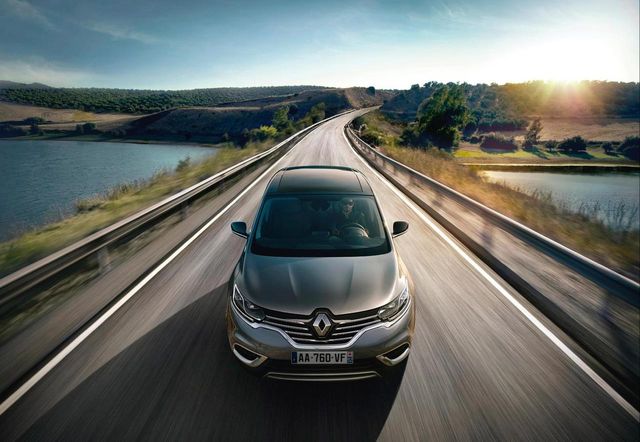 Family flagship of Renault Espace in its fifth generation of the account in addition to the traditional ability to carry a maximum of people and luggage will try to show the talent “off-road vehicle.” Lively, almost serial implementation of this idea in the metal will be presented at an automobile exhibition in Paris.

The French company Renault has rethought the concept car Espace, which in all four previous generations presented himself as a full-size minivan. Family flagship in the fifth generation will be of a roomy MPV crossover. Moreover, the French themselves, declassifying a novelty on the eve of the Paris Motor Show, has never mention the word “minivan”, even though it is primarily those and still is – the choice will be available as a five-, seven-seater version and Espace. The production version of the car has inherited design concept car Initiale Paris, presented during last year’s exhibition in Frankfurt.The first “commodity” items should go on sale later this year. 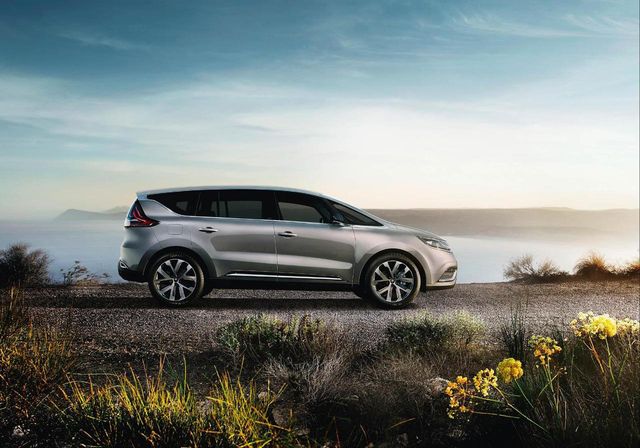 If on the exterior of the new Renault Espace already can be judged by the official photographs, the interior promising news yet classified. It is known that the interior design is different smooth lines and crown “floating” center console is a great multimedia touch-screen complex with a vertical orientation and a broad diagonal – the only thing that Photospies detected during pre-production test car. Espace version with the rich equipment should get an expensive metal and wood finish, fully LED optics, and a huge panoramic roof. Developers pay special attention to the fact that the possibility of transformation of the cabin will be “brilliant”.

Renault Espace fifth generation built on a new modular platform Renault-Nissan SFM1. It is expected that the length of the latest high-capacity vehicle, and now the cross, is 4.9 m. Most versions of supposedly popular in Europe will be equipped with four-cylinder turbodiesel engines, unitized with manual or automatic transmissions. “Automatic” will receive the button shift on the steering wheel. But if honor the “coupe” all wheel drive system, which has recently ceased to be a fixture of the crossover will be known only during the official premiere of new items at an auto show in Paris. 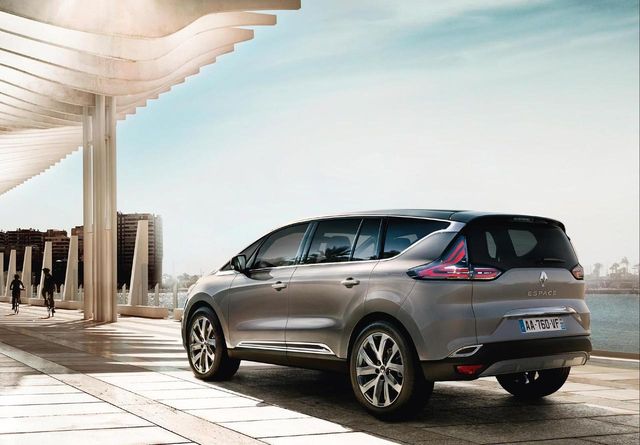 Departure from the classical concept of the minivan and the sight in the rapidly growing crossover segment, though is a bold step for the model Espace, but not for Renault as a whole. Recall that in the recent past, the French have had the experience of reincarnation family MPV in the “coupe” – enough to remember wearing a offroad-aero wheel drive Renault Scenic 4×4 with high ground clearance. As for the Renault Espace, his career thoroughbred minivan ends in the decline of 30 years – the first generation later became a popular family odnoobemnika came to light in 1984.