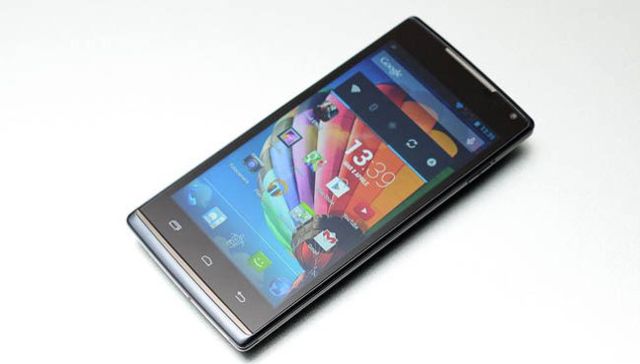 Mediacom expands its line of dual SIM smartphone with this new PhonePad X470U Duo, a mid-range device that is proposed on the Italian market at a price of about 229 euro. 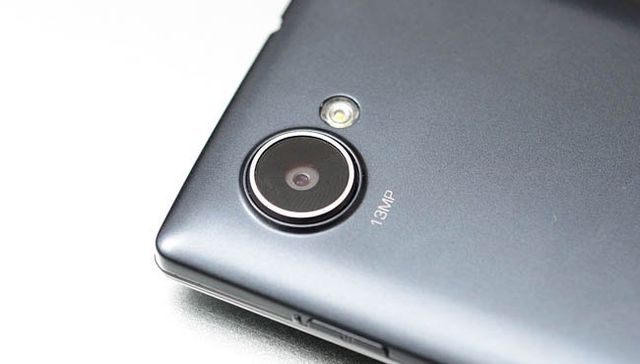 In addition to the possibility of using two cards for calls and data connections, there are also other points of interest in ‘X470U, a phone from the envelope fairly balanced for the rest.

The processor of Mediacom PhonePad Duo X470U is a Mediatek MTK6589 (quad core 1.2 GHz), supported by 1 GB of RAM and a storage decidedly tight: only 4 GB integrated, of which about 1.5 are available to the ‘ user. Fortunately, there is a microSD slot for memory expansion (up to 32GB), which of course is almost essential for anyone who wants to do the installations also only moderately full-bodied.

The screen is an IPS LCD 4.7 “and offers a resolution of 1,280 × 720, with a good density of the resulting pixel. As for sensors, antennas and connections, we have the aforementioned support dual SIM (3G data connection is up to 42 Mbps download), Wi-Fi and Bluetooth 2.0, microUSB OTG and GPS. Connecting headphones earphones, you can also use the FM radio, thanks to dedicated app, which also allows you to record programs heard.

The rear camera is less than 13 megapixels, while the interior features 2 megapixel camera. The whole thing is powered by a 1,800 mAh battery, so not small, but not extraordinary in terms of capacity, and the pre-installed OS is Android 4.2 Jelly Bean.

In terms of physical implementation, the Mediacom PhonePad Duo X470U is clearly a midrange device, with a predominant use of plastic materials at low cost, but its design and its overall robustness are discrete. The lines are a bit ‘harsh and less refined than those of the best devices currently on the market, but this smartphone is still very compact and lightweight dimensions are 137.5 × 67.4 × 7.9 mm for 133 grams of weight . The back cover is removable and gives access to the rooms SIM, microSD and battery, which can be replaced if necessary.

The rest of the design is pretty standard, with a single speaker located on the back of the device, where there is also the LED flash on the camera. The volume rocker is on the left side while the power button and release is placed on the right.

From the point of view of the interface, Mediacom has decided to include three buttons on the bottom of the screen capacitive fixed, but they are distinguished by a peculiarity: Use the “back” and “home” are in fact those of the classic Android, and what is generally identifies multitasking (the two overlapping windows) here actually carries out the function of menu button. It is a detail that might initially confuse users accustomed standard Android experience. To access the multitasking in Mediacom PhonePad Duo X470U you must hold down for a few moments the “home” button.

For the rest, the software is remarkably clean and light, with only a slight customization by the manufacturer: we see essentially the panel controls, and in some particular aesthetic (such as stylized turtle that replaces the icon of the application drawer ).

L ‘Android experience offered by Mediacom PhonePad Duo X470U is generally good and in line with the mid-range smartphone. Navigating the home screens is very fluid, launching applications quickly and even web browsing is responsive. When you have particular bottlenecks (such as, for example, when downloading and updating apps in the background), the fluidity tends to decline and are experienced many hiccups, but it is a defect and occasional common in devices of this price.

The performance on the gaming front is discrete: the score obtained with the 3D Mark benchmark software is modest (with values ​​of 15-20 fps in average test charts), but in practice a rather intense 3D games like Dead Effect showed a remarkable fluidity. Obviously, the fact of using a 720p resolution helps to lighten the load placed on the GPU.

The quality of multimedia Mediacom PhonePad Duo X470U is certainly good: the screen provides adequate levels of brightness, color fidelity and detail, while the sound expressed by the speaker is characterized by a maximum volume really appreciable and a good distinction between bass (but not too present), medium and high.

Less interesting, unfortunately, the performance of the main camera, which, in spite of its 13 megapixels, features a tarnished detail and colors very washed out, in addition to being rather slow in shooting and focus.

Regarding the phone, we did not find any particular problems of signal reception, while audio in the capsule is quite clear, although characterized by a volume perhaps slightly too low.

The Mediacom PhonePad Duo X470U is an Android smartphone with a data sheet balanced with respect to its cost and some interesting features such as, for example, the dual SIM support and an integrated FM radio.

The build quality is at an appropriate level, as well as the overall performance and the experience offered at the level of OS and software. Good is also multimedia, thanks to the quality of the screen and the built-in speaker.

The flaws of this device is really an allocation of built-in memory to a minimum union, which makes it practically forced the use of a microSD card, a rather modest performance of the camera and a graphics card that is likely to be put on the spot by the most demanding titles ( as is to be expected in a mid-range smartphone).

Overall, therefore, the price of € 229 Mediacom PhonePad Duo X470U this is a good offer for anyone looking for a smartphone from the diagonal generous and do not have any particular claims from the photographic point of view, aesthetics and overall gaming more stringent.