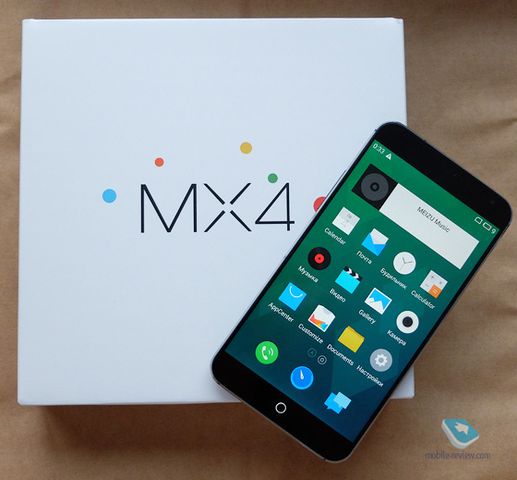 The Chinese company Meizu systematically went to the design that we saw at the launch of a new smartphone on September 2 in Beijing.Yes, right there on the internet jokes on “until Apple is preparing a new iPhone 6, the Chinese had already released”, but just look at the Meizu MX2 and MX3, to understand that in the new model is a logical development of the ideas embodied in the previous, but not exactly banal copy of another product. Yes, MX2 can also be called like the iPhone, but then it was on older models, and potentially MX4 compared with the “iPhone” in the new design. Anyway, in the Meizu MX4 considered almost all external disadvantages of the previous model, and it pleases.

Firstly, there is the glossy cover. Which, moreover, it is difficult to remove, for it was necessary to use a complete “paper clip” and rich experience podkovyrivaniya surfaces. In MX4 matte cover (both in the machine white and gray) and removed without tools. 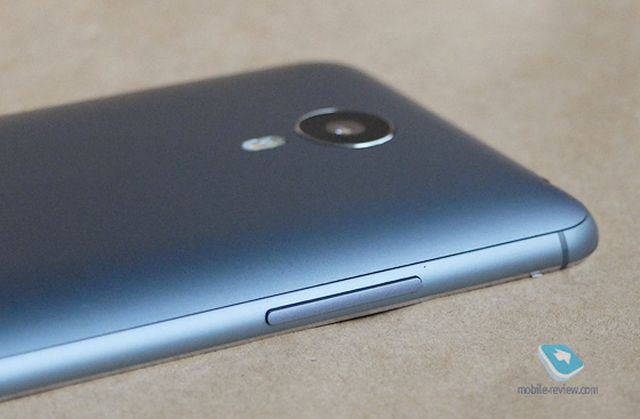 Secondly, in an apparatus more metal (MX4 used aircraft aluminum) if we are talking about the visible areas. Yeah, not much, but still an increase in the area of ​​the visible part of the frame had a positive impact on the design as a whole, in my opinion. The new smartphone is more expensive, and a sense of plastic things are even less than in the MX2 and MX3.

Finally, the Meizu immediately offered three colors: white, black, gold, and did not delay with the advertisement. In the case of a white frame silver, back and front of the white. In a black frame dark gray, like cover, black front panel. In the golden back and front areas for white (if not lying), and Golden frame. It remains to wait for all three versions about the same time (I hope). 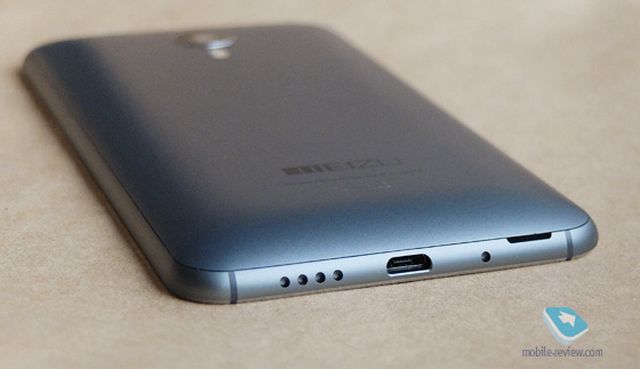 In general, Meizu MX4 feels like a new design smart phone, although a cursory acquaintance differences from MX3, it seems a little bit.The company managed to hold neat work on the bugs, while not losing the recognizable style line MX. How to behave from aircraft grade aluminum frame, in reality, whether or peel for a long time would be a solid and stable, we learn only after testing the device, now I will not conjecture.

In Meizu MX4 retained branded softkey-circle with backlight, it has become slightly larger than the same item in the MX2 / MX3.

Screen size in the new smartphone – 5.36 ‘, resolution – 1920×1152 point. Yes, the company is experimenting in this area continues, offering custom solutions. Matrix – Sharp NewMode2 (IPS). First impressions of the screen only positive: there is a very good stock of brightness, maximum viewing angles, bright colors, normal contrast. Flyme 4 looks on the display with a diagonal of this resolution and, in my opinion, just krupnovato, but on the other hand, do not need to aim at the screen. 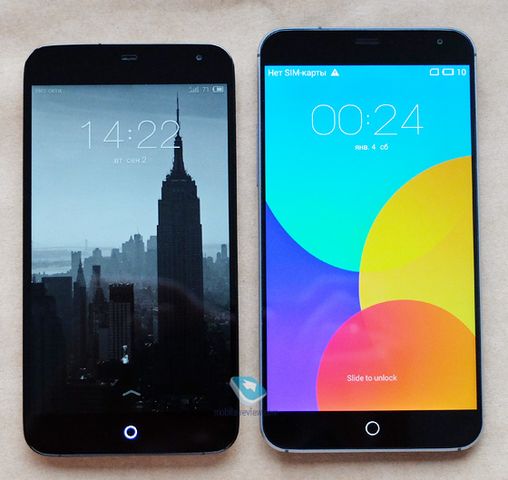 At the presentation did not say anything about the platform used in the Meizu MX4. It is understandable, Meizu upgraded unit on Mediatek, although earlier said they would not accept the decision of the company. In MX4 uses top-end eight-core platform Mediatek MT6595: Quad 2.2GHz A17 and A7 1.4 GHz quad. Graphics PowerVR G6200 600 MHz, 2 GB of RAM, 16/32/64 GB of internal memory with no expansion options. How justified would be the choice, will find out after the first test of the smartphone and the actual operation, but now you can just say that the choice Mediatek helped the company to reduce the starting price of the device.

MX4 declared support for TD-LTE and FDD-LTE, which means that the phone will work without problems in Russian networks 4G.

The most attention at the presentation Meizu MX4 paid his cell. Resolution 20 MP sensor and module Sony (IMX220 Exmor RS), f / 2.2, dual-ISP-chip for fast image processing and camera work as a whole. Now to talk about the main chamber does not make sense, the raw samples, and even make the overall experience as it does not turn on. But in the MX2 and MX3 initially not the most powerful camera Meizu firmware pulled on a very good level, and there is initially a good unit, it is small – “finished” in which case the software and make a great camera. While the company is managed with 8 MP modules. 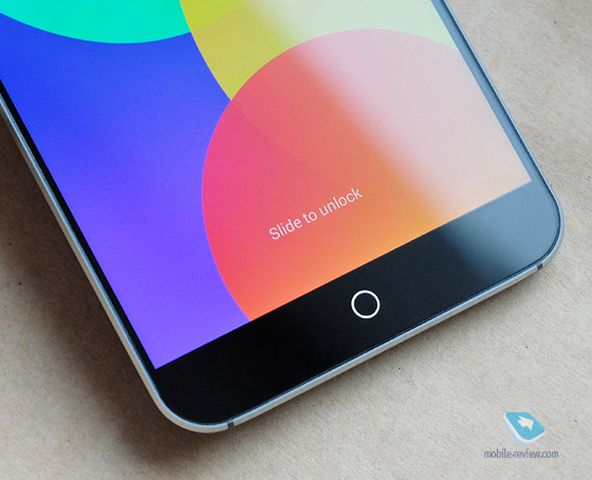 Scope of delivery is not confirmed, just a basic set (smart phone, cable, a charging unit) and possibly headphones. But maybe without them.

Meizu MX4 works on Android with Flyme 4 as an interface. The fourth version of the original shell has become more flat, more concise and simple. There must be appropriate to say that if you like the simplicity of the interface, and then Flyme 4 will be enjoyed, and if not – seem too simple and flat. Personally, I minimalism, the proposed new Flyme 4, like, here is simple colors, icons concise basic applications and utilities, and so on. Radical changes compared to Flyme 3, in fact, I have not noticed a cursory familiarity with the device, all about the places.

The only unknown in the equation called «Meizu MX4» for now – sound. Smartphones are among the best on the market for the quality of sound in the headphones, and how good is this MX4, very important. If the 20-megapixel camera with decent photos just added to the traditionally classy sounding line MX – the new device would be really nice. The wait is long, in principle. 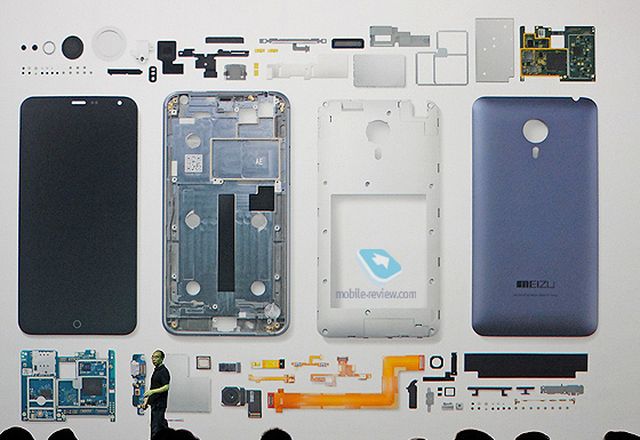 My first impressions of the subjective Meizu MX4 such – this smartphone success of better than the previous model. If Meizu MX2 me crazy like a combination of classroom performance, screen and compactness, the Meizu MX3 I believed not the best model. There were questions and a huge screen (at the time it seemed to me that such a diagonal excessive) to the glossy cover (in MX2 it can be forgiven for the dignity of others, but not in the MX3), the camera with a resolution of 8 megapixels, when 13 competitors. raised questions and the autonomy of the device. In Meizu MX4 can immediately delete paragraph with a glossy cover, here it is matte and normally removed.Dimensions of the screen no longer seem to be superfluous after LG G3 and especially Lenovo Vibe Z2 Pro, and while working at the new smartphone should be at a level that is still the battery capacity is much larger than in the MX3. In addition, the new MX4 camera with a resolution of 20 megapixels, it is one of the first smartphones to the module, and if Meizu, as best they can, for it will make good software, the device will be called fotoflagmanom. 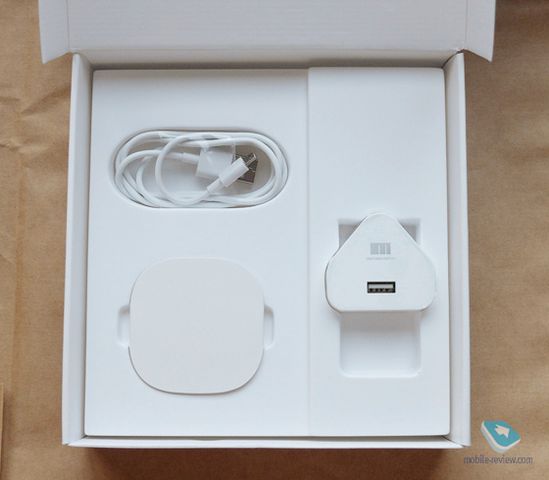 And a little bit more information. According to our data, Meizu will present Pro-MX4 version in the near future, it will be a smartphone with a 2k-screen platform Samsung, with a fingerprint sensor and possibly audochipom masthead. Meizu also plans before the end of the year show MX4 mini with a screen diagonal of 5 ‘. Unfortunately, no further details about this device unavailable.