The creator of the series “The Vikings» Michael Hurst answered fans’ questions about his work on historical drama channel History, creating images of the main characters, their favorite scenes, as well as the surprises that await viewers in the third season.

Do you strongly risked triggering a series about the bad guys?

I have often said that it is impossible to write the script of the series about Vikings, because the public does not want to root for the bandits who could break into someone’s house in the middle of the night. However, it is worth remembering that the Vikings themselves have left written evidence about his adventures. All modern knowledge of them are formed on the basis of the chronicles of their enemies. Many of these records are the promotion of Christian monks, that scares the pagan faith of the Vikings. During my research I found that they not only built an excellent sea-going vessels. They had just laws, and their society was much more democratic than the Franks and Saxons.

If you look at the most popular series in recent years, we can understand that the main characters in them are always people with a difficult temperament. Many of these characters were the bad guys, because good boys sometimes completely unsuitable in dramatic star of the show. Also do not forget that the main character of the series should have a certain power. The audience always enjoyed particular success projects in which the protagonist to administer the fate of others.

What is the secret of success Ragnar in the audience?

Travis Fimmel helped me to realize that image, which I have long dreamed of. For many years I was forced to watch as the screen depict Vikings flashy barbarians with horns on their helmets. I was interested in a type of thoughtful and closed the leader because the Scandinavians have always seemed to me pretty smart people.Travis was able to create an image of a charismatic ruler who prefer to listen rather than talk. Ragnar could become earl, not too interested in the attributes of power. In my opinion, these characters are much more interesting than those for whom the desire to take the throne become the sole motivation. Ragnar, whose position in life like the audience, considers himself a descendant of Odin, who is known not only as a warrior, but as a wise man. 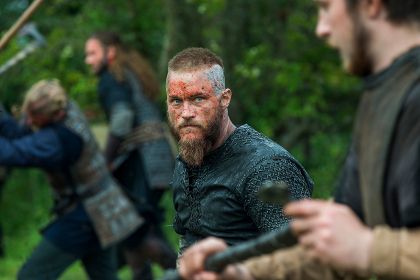 Is it true that you received complaints from young people who are beginning to be jealous of their girls to Ragnar?

“Vikings” became popular among female not only by Travis, but our other actors.History Channel for many years has been focused on the male audience. Our project was able to change this situation. The “Viking” a lot of fans who are attracted as cute actors, and the presence of bright, strong women. I promise that girls too soon begin to be jealous of his men to our heroines. Toward the end of the third season we have planned quite explicit scenes with a very sexy actress.

Will there be a third season of the new heroine?

Certainly. The Vikings began the siege of Paris, which will give us the opportunity to present a few residents of this city. I have always loved working on the creation of images coolest women. Perhaps this is due to the fact that I have several daughters, but I find the fair sex is much more complex characters. It is for this reason, one of my favorite projects – the film “Elizabeth”.

Her life is still full of surprises, joys and tragedies. One day I was told that in today’s television no such second heroine. I must express my gratitude to Katheryn Winnick, a lot invested in this magnificent image. I wanted to create a character, embodies freedom, which gives the company the Vikings. After all, their women have the right to divorce their husbands, to fight, to own their own property, and even become the ruler. Their European neighbors about such could not even dream. In this Lagerta faces many challenges that are well understood by modern women. Its only difference is that she always has on hand ax … 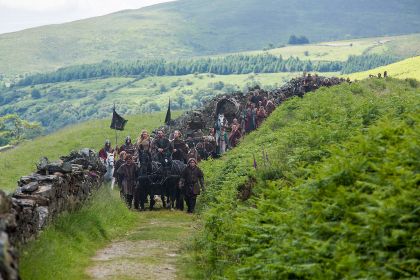 How important to you is important in the historical facts?

Each of my new project starts with reading historical literature … The study of primary sources are born characters and storylines. If you do not have this anchor in the form of historical facts, that the ship can sail too far from reality. Some people due to our TV series began to get involved in the Scandinavian sagas, and others, on the contrary, have the opportunity to test their knowledge.

Adds realism and how we shoot “Viking”. Without computer graphics in some situations, sometimes simply can not do, but we use CGI mainly for greater scale.All our actors perform their own stunts, which distinguishes our show even from big-budget Hollywood blockbusters. We pay great attention and detail. All buildings, costumes and furniture are based on real objects from that era.

Why Ragnar lose his famous braids?

We would like to Ragnar decided to change the appearance after became the ruler.Travis is well aware of his hero, presenting him someone like Che Guevara world of the Vikings. This guy – a true revolutionary who do not care about how should look like kings. We were thinking about how to reflect its new status in the clothes, but Travis was adamant: “My character has not changed for the sake of his style … The only reason to get power was to him the desire to decide their own future.” We came to the decision that they lived through the experience will be reflected in his appearance. With a new hairdo Ragnar will involve important storyline of the third season.

What is the secret of his beautiful eyes?

Such expressive eyes, as he does, give the actors a lot of advantages. I can not say whether our specialists to improve eye color Ragnar artificially. Travis swears it’s his natural color, but much make-up to hide from me … 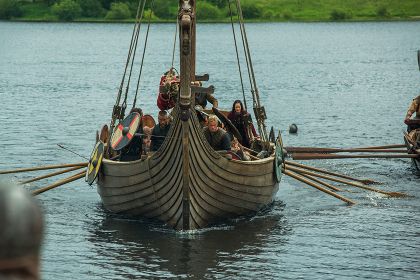 How different do you think the writers work on TV and in the movies?

I have long worked in the cinema, and therefore did not know if I can do drama series. Removing the “Tudors» (The Tudors), I was convinced that television provides an excellent opportunity to create interesting characters and intriguing storylines. I am glad that in various aspects of the work I assist professionals in their field. I hope that our team will be able to start creating the fourth season in April.

Do you have a favorite scene in the series?

Most often, I remembered the moments in which we are talking about a family of Ragnar. One of the best scenes I think the one in which our hero says goodbye to his dead daughter. I was thinking about my own children when he wrote his sentimental monologue. Travis has no children, but he was able to miraculously make this moment even more emotional. The beauty of these episodes is that they can endure beyond the historical context. This could happen to anyone at any time.When working on the scenarios of the projects I try to give the viewer a sense of what the main characters – a completely ordinary people, regardless of age.

The third season begins several years after the events of the second?

The first series will be a direct continuation of the events of the finale of the second season. We still have a few issues that require resolution in real time. 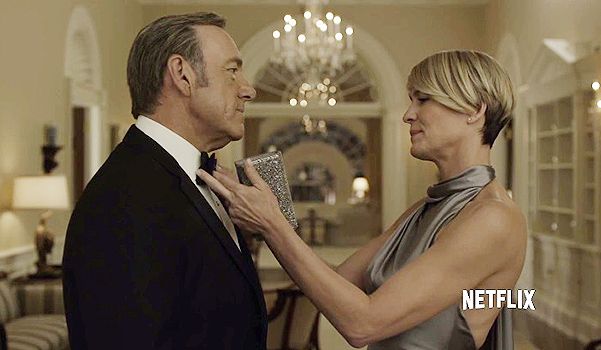