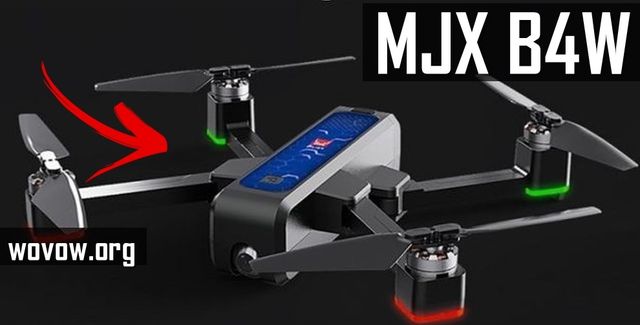 A couple of weeks ago, MJX unveiled its new GPS drone called MJX B4W. This is not the first quadcopter from the Chinese manufacturer, but the first model with folding design. MJX company specializes in low cost quadcopters. The price of most drones from this brand does not exceed $200.

In addition to the low price, MJX BUGS 4W drone has a flight speed of up to 40 km per hour, 2K Ultra HD camera, 22 minutes of flight time on a single charge and compact dimensions.

We have prepared the first review of new drone from MJX. We’ll tell you about main features and specifications, as well as share our opinion about new quadcopter. 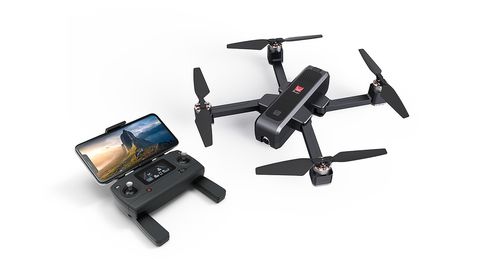 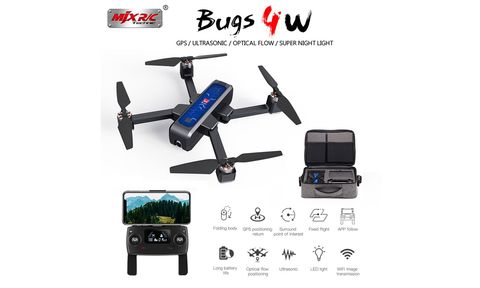 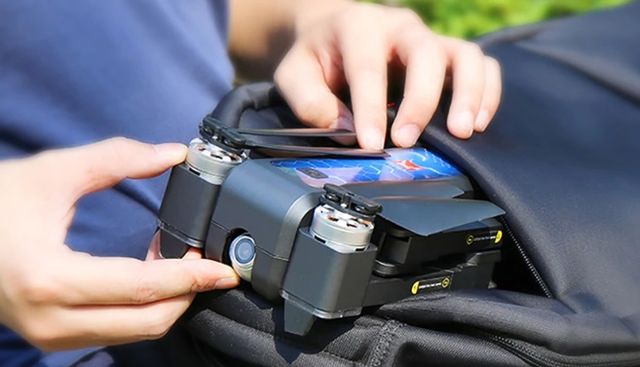 The new MJX drone looks very cute. Its design is not as aggressive as most other MJX quadcopters. The body of the gadget is made of ABS plastic. It makes the quadcopter more lightweight and, therefore, maneuverable.

MJX BUGS 4W is available in two color options: black and cobalt blue. In fact, the difference between them is only in the color of small rectangle panel on the top. Most of the body is always matte black. 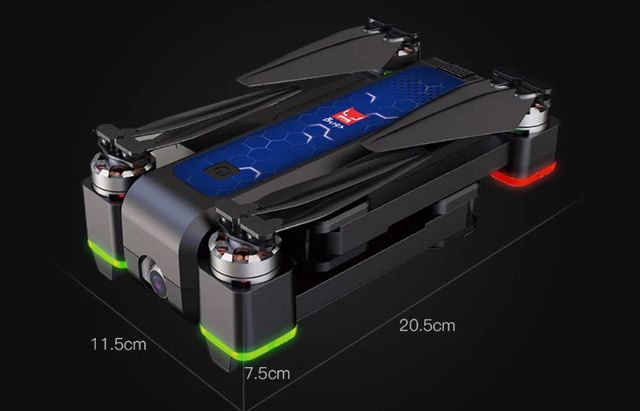 The size of the drone in unfolded state is 45.2 x 41.5 x 7 cm. To fold the quadcopter, you need to remove the propellers and press the wings to the body. When folded, the drone has a small rectangle form with size only 19.5 x 11.5 x 7 cm. It fits easily even in the palm of your hand.

As you understand, one of the main features of MJX B4W is a folding design. It can be carried in a bag or backpack. The weight is only 600 grams. 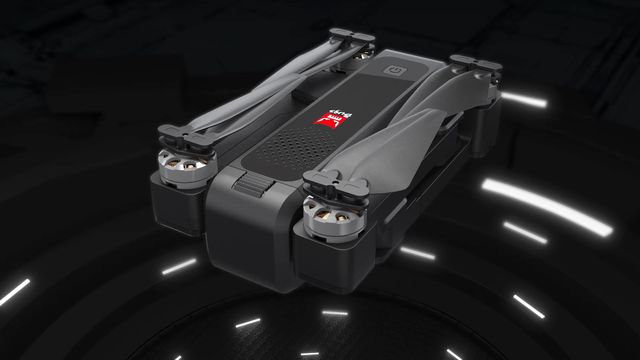 On the top panel there is a small acrylic platform. It differs in color from the main part of the body. The manufacturer says that this platform makes the flight of MJX B4W more sustainable. 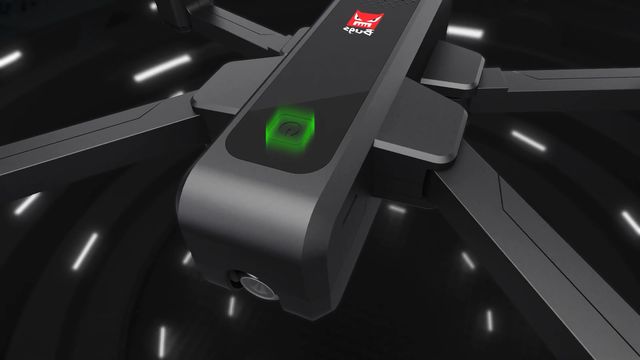 We can see a small evil face and the inscription “Bugs” on the acrylic platform, as well as grid for cooling and a square power button. 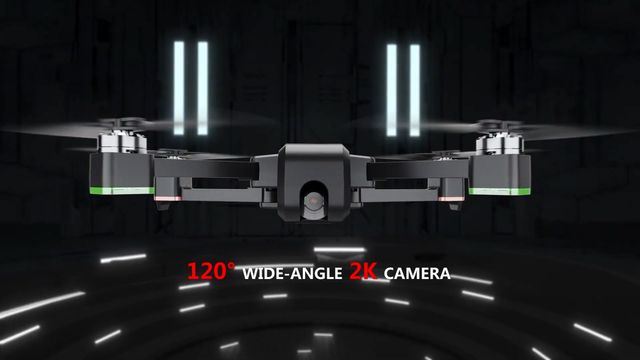 The front panel has 2K Ultra HD camera lens. The camera is movable and can turn up/down.

On the back is a small textured button. It is used to remove the battery from the drone. 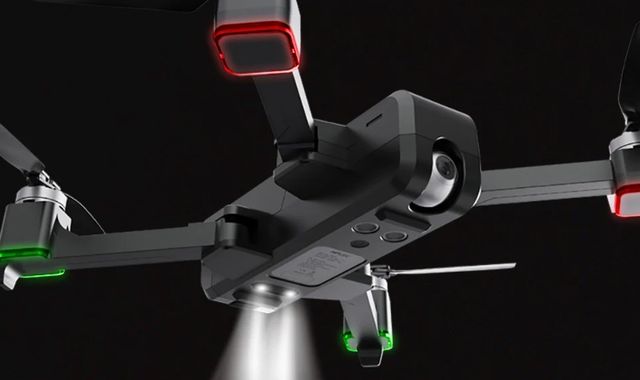 An optical sensor is installed on the bottom panel for a safe landing of the drone. Also, there are two small legs and two LED lights. Also, each “wing” has a green and red backlight. Quadcopter can be clearly seen in the night sky, even at high altitude. 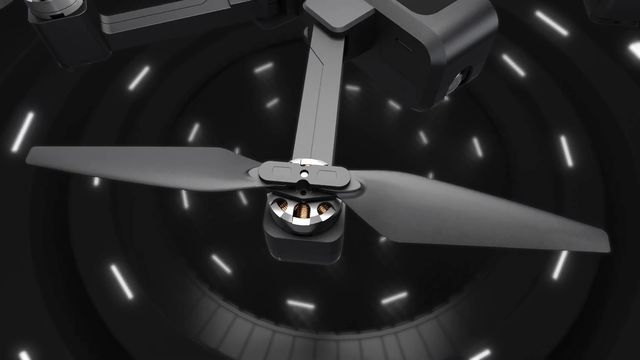 MJX B4W is equipped with powerful brushless motor. It allows the drone to accelerate flight speeds up to 40 km per hour. By the way, the new drone from MJX can participate in competitions and races with other quadcopters.

Photos and videos are stored on a memory card with a capacity of up to 32GB. 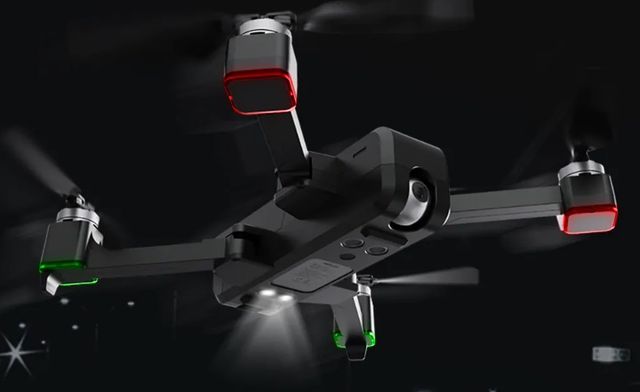 As we wrote earlier, BUGS 4W is equipped with 2K Ultra HD camera with a resolution of 2048 x 1152 pixels. The camera is movable and offers a viewing angle of 110 degrees. 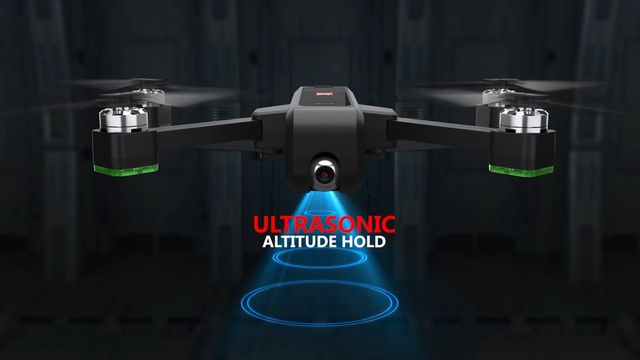 MJX B4W has two speed modes. Using the first mode, the drone flies at a speed of 8 km per hour, the second mode – 11 km per hour. In our opinion, these modes are used during entertainment and racing, rather than shooting beautiful views. 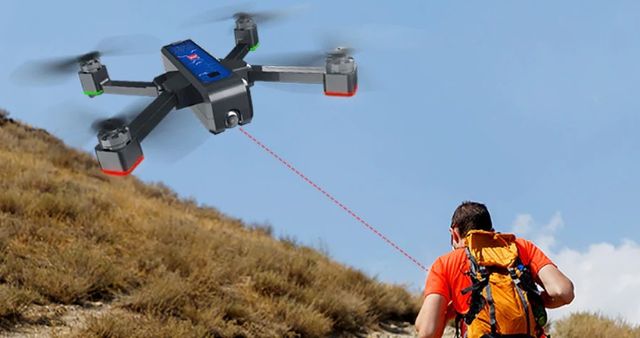 As for the functions, MJX B4W is able to follow the object, circle around a given point and fly along the chosen trajectory. Also, the drone automatically returns to the user when the battery level is low or if the connection with remote control is lost.

The maximum distance that MJX B4W is able to fly away from the pilot is 1.6 km. At this distance, the drone turns into a small point in the sky. 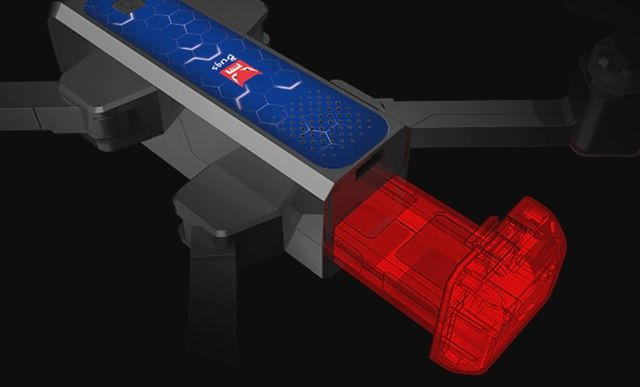 MJX B4W is equipped with a battery capacity of 3400mAh. One charge is enough for 25 minutes of flight. Given the fact that a full battery charge takes about 270 minutes, we would recommend buying two batteries at once. While one battery is charging, you can use the second one.

By the way, the charger allows you to charge two batteries at the same time. 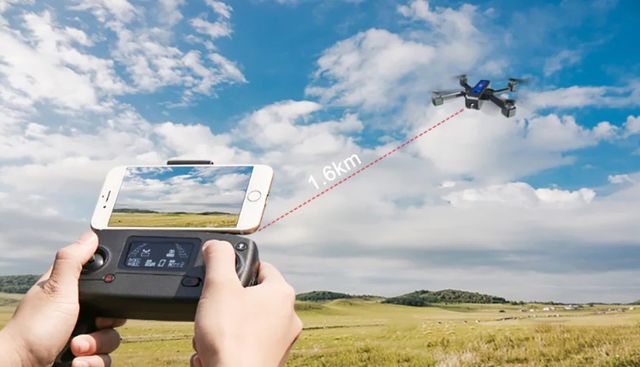 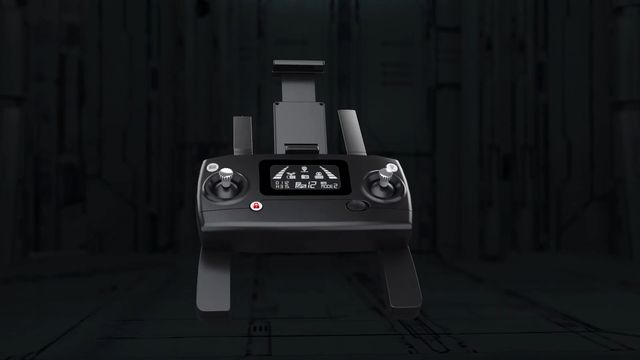 The new drone is controlled using the remote control that comes in the package. The remote is equipped with a special holder for the smartphone.

On the front panel of the remote are two joysticks and three control buttons: photo, video and lock. Between the joysticks is an LCD display. It shows battery level, distance, altitude, speed and other information. This is very convenient, because on the smartphone screen you will look at the scenery, but not at flight details. 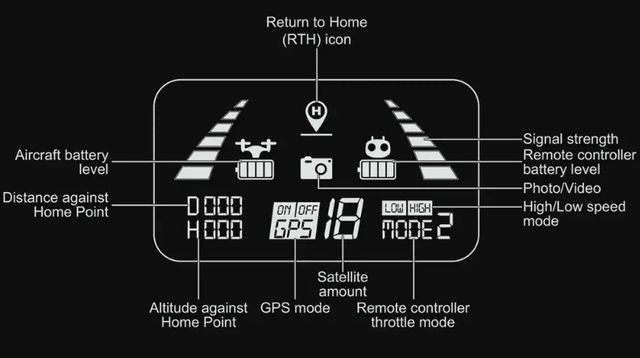 On the back of the remote control is a button to take-off and land the drone. Using the button on the right side you can switch the speed and the backlight.

The remote control is equipped with a battery capacity of 3400mAh. It does not need to be charged after each flight, unlike a drone battery. 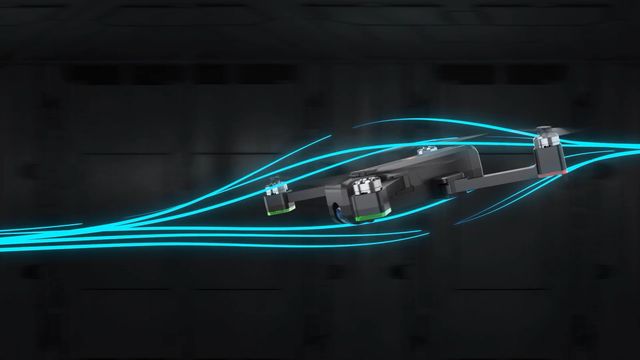 MJX BUGS 4W is a really interesting quadcopter. It has 2K Ultra HD camera, as well as useful functions, such as following an object, flying around a given point and flying along a chosen trajectory.

Brushless motor allows it to reach speeds of up to 40 km per hour. We also should note the folding design and good flight time.

The price of MJX B4W drone is from $167, depending on configurations and number of batteries.