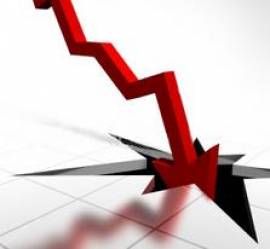 Marc Faber has long predicted the stock market crash of the United States. On Thursday, he repeated this forecast, arguing that there are new signs of approaching “bear” market – what we owe to the network McDonald’s.

On Tuesday, McDonald’s announced that in August sales fell by 3.7%, confounding expectations. The largest decline occurred in the Asia-Pacific region on the background of the “meat scandal” in China, but even in the United States this figure fell to 2.8%.

For Faber, these figures have become a perfect example of the damage caused by the policy of the central banks, and the harbingers of further bad news.

“Nobody knows for sure” what caused the stock market crash, but “yield may disappoint. McDonald’s sales fell sharply, which was a good indicator for the global economy. If net sales do not increase, it indicates a failure of monetary policy, as the prices are rising faster than disposable income, and therefore reduced the purchasing power of the population. “

Faber has long claimed that the policy of the Federal Reserve Bank and other central banks only increases in asset prices and creates inflation, rather than to stimulate economic growth. He is convinced that McDonald’s figures show that inflation is rising faster than revenues, reducing expenditure.

“The benefits of the expansion of credit and the issuance of additional funds have stimulated the growth of asset markets, real estate and stocks, and did not go to the benefit of the people,” – said Faber.

“The rich have learned from it. Expensive restaurants – overcrowded, while ordinary people have to reduce their costs. “

However, despite the rising cost of living, the average family income remains the same. Therefore, the sale of companies focused on these segments of the population, such as McDonald’s – are falling.

And if Faber rights, as it can affect the actions?

“This” bull “market lasts from October 2011, and its correction does not exceed 11%,” – he said. “Today, the correction is unlikely to occur, in contrast to the” bear “market, which will cause a reduction of 20% -30% from current levels.”

Fewer shares reach new highs, and more and more of those who are on the 3 – month low, “therefore, from a technical point of view, the picture looks like the market is disappointing.”

In addition, Faber notes that “the stock market is the United States – the most expensive in the world,” which again speaks in favor of his “bearish” sentiment.