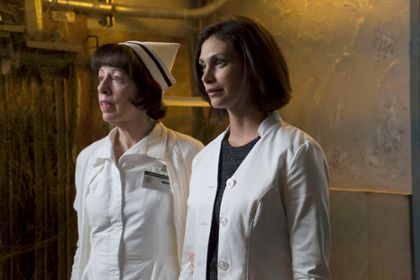 Morena Baccarin talked about creating an image of Dr. Leslie Thompkins in the series’ Gotham, working with his colleagues in the cast of the superhero show on Fox and shootings in the interiors of the famous Arkham Asylum.

Tell us about your character.

The creators of “Gotham” decided to step back a little from the usual image ofLeslie, making my character is much younger than her prototype of the comic. She will meet with Gordon in Arkham where James was exiled in the last episode before the winter break. Our heroes have in common is that they both try to do in good conscience in this thoroughly corrupt city. Leslie is well aware of the rules by which the lives of Gotham, but does not want to deviate from their strict moral principles for their own benefit. My character is very stubborn, although Gordon her in this matter far … She wants to be a part of the force that will be able to change the city, and therefore quickly find a common language with James.

In the comics, Leslie was a good friend of Bruce Wayne’s parents. Will this fact beaten in the series?

At the moment, we have not yet got to the filming history of my character, but I think that the creators of the show are going to talk about her friendship with Thomas and Martha. Me and very interesting to know what to cook for Leslie writers in the new series.

The audience already had the opportunity to see the grim exterior Arkham. What was it like to work in?

Appearance Arkham made ​​in the best tradition of comics. We are talking about the hospital for the criminally insane, but because it really is capable of causing the visitors goosebumps. I loved working in the scenery of this terrible place on the 11th series in which viewers first met my heroine. 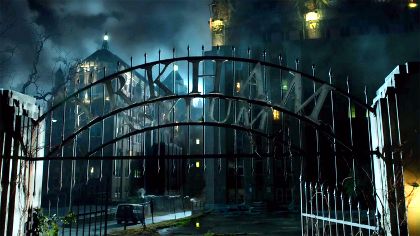 Did you take part in the action scenes?

We have completed work on an episode in which my character will be faced with a crisis situation in the hospital, but I can not say that I had to perform a variety of tricks. Actors “Gotham” is often involved in the action scenes, and I will not be an exception. Based on the scenario in the next series of Leslie will have to seriously sweat …

Last year you gave your voice computer “Gideon” Dr. Wells in other popular superhero show – The Flash. Is it worth it to fans of the series waiting for your return?

I think the computer still play an important role in the story “Flash”. I’d love to go back to that image.

You also voiced several characters animated series DC. Glad to come back to this universe?

Of Course. I like the visual style of “Gotham”. Happy that I had the opportunity to become part of the brilliant cast of the series. The world of comics, I know it’s not very good, because as a child they do not get too carried away. But the team,“Gotham” managed to create such an intriguing show that it is of interest to all viewers, regardless of whether they were previously familiar with the DC universe or not.

As you work with Ben McKenzie?

During filming, he laid out in every scene, and behind the scenes is a real humorist.We had a good time on the set. I think we managed to create a perfect screen duo, the development of relations which will be very interesting to watch.

Meetings with what other characters “Gotham” are you waiting for? 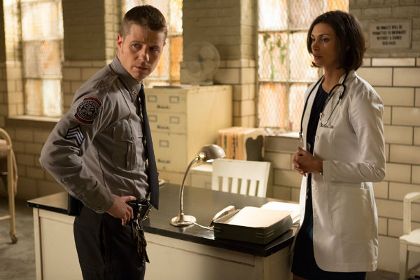 It would be interesting to meet with young Bruce and Selina. However, I wanted to work with other stars of “Gotham”, because all of my colleagues can not create on the screen bright and memorable images.

Whether viewers will meet religious opponents of Batman in the walls of the hospital?

The storyline of Arkham only tied. But the beauty of this show is that you can meet in one series with some character villainous true essence of which will be revealed only after a few episodes.