MOTINI Nano Mini First REVIEW: This is NOT a Children’s Electric Bike! 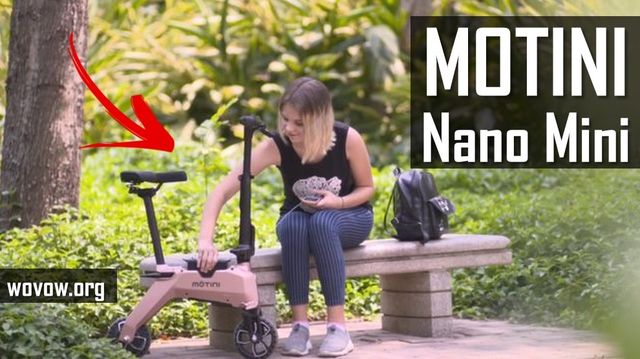 As you can see, recently we often write articles about electric bikes. This is because the electric transport market is actively developing, and almost every day we meet new interesting gadgets.

Many electric bicycles are foldable, so you can transport them in the trunk of a car or even bring it to public transport. But what do you think about the bike that fits in the suitcase? Yes it is possible!

MOTINI company has released a compact electric bike that can be placed in a suitcase and transported in airplane. The bike was named MOTINI Nano Mini. 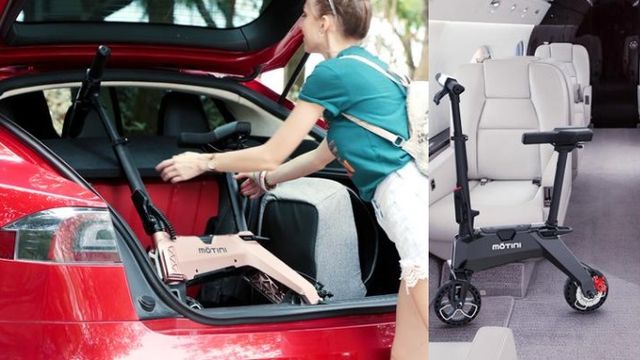 MOTINI Nano Mini is the most compact folding electric bike. At first glance it looks like a children’s bicycle, but it is designed for all ages.

When folded, the new bike takes up only 70 centimeters in length. This is amazing! Also, MOTINI Nano Mini reaches the maximum speed of 20 km per hour and charges only one and a half hours.

In this article we will make the first review of the most compact folding electric bike MOTINI Nano Mini. As usual, let’s start with design. 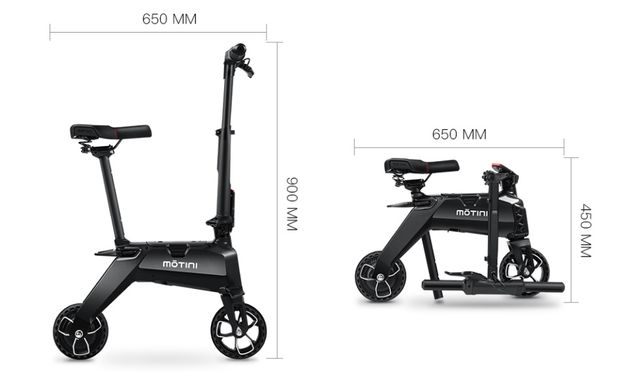 In our opinion, Nano Mini looks very futuristic and interesting. We imagined the transport of the future like this. It is difficult to confuse with any other electric bike. And this is a big advantage!

The body of the electric bike is made of steel and aluminum alloy. These are strong but lightweight materials. MOTINI Nano Mini comes in matte black, bronze or white colors.

As we wrote earlier, Nano Mini has a very compact size, even when unfolded. Its dimensions are 90 x 65 x 47 cm. The weight is only 11 kg. It seems that this is not only the smallest electric bike, but also the lightest. You can store it in a small corner of your apartment.

Another advantage of low weight is that you can get MOTINI Nano Mini bike on your hands and take it to the elevator or public transport. 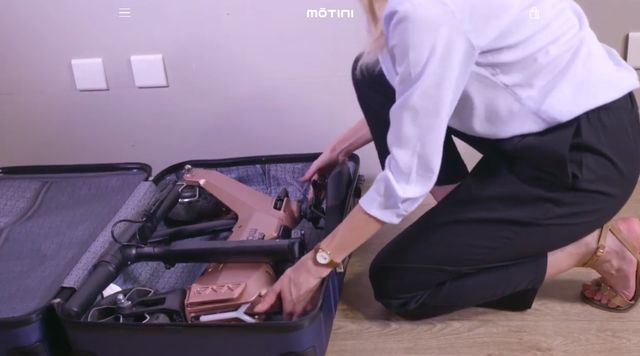 The ergonomic shape of MOTINI Nano Mini allows the user to fold it to a length of 70 centimeters. This makes it possible to pack an electric bike in a suitcase for boarding.

The battery is installed in the central part of the bike. On its top panel, there is a square power button and a charging connector. Between them there are five LEDs, which are highlighted in red. They inform the rider about battery level. 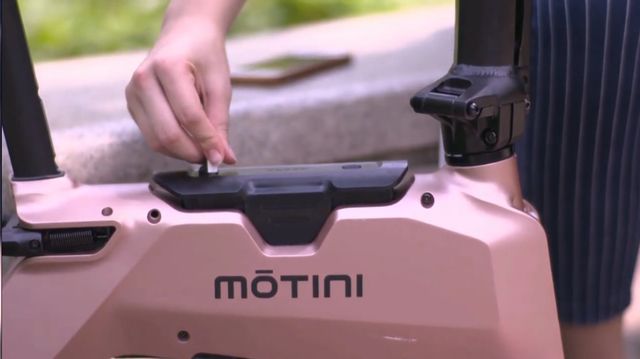 Above the front and rear wheels are two LED lights for safe riding at night.

MOTINI Nano Mini has no pedals. Instead of pedals on the sides of the front wheel are two footrest.

The wheels are very small – only 7-inches. 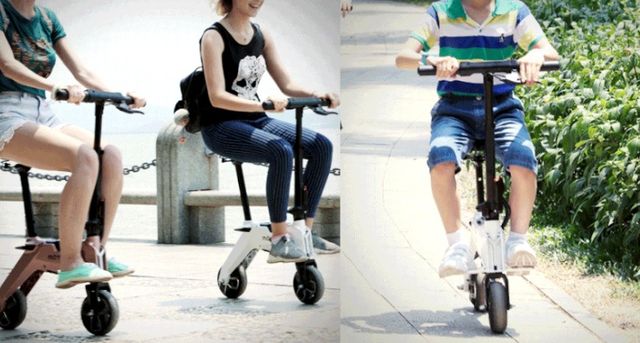 The seat is comfortable and height adjustable. As you can see, MOTINI Nano Mini is suitable for both teenagers and boys and girls of different heights. 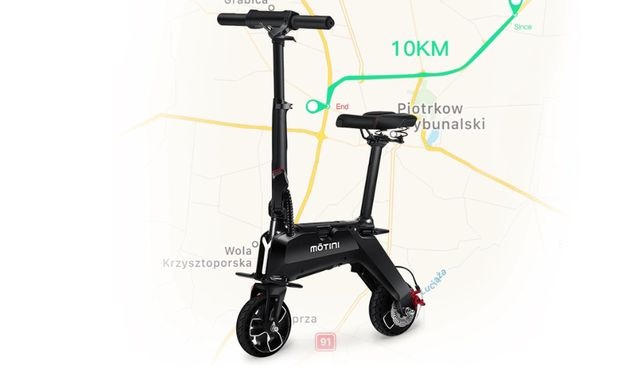 Nano Mini is equipped with 250W motor. The same motor is used in other electric bikes, but they are much larger than MOTINI Nano Mini.

Despite the very small size, the maximum load capacity of the new MOTINI electric bike is 90 kg.

The bike can reach a maximum speed of 20 km h. It is very good result! 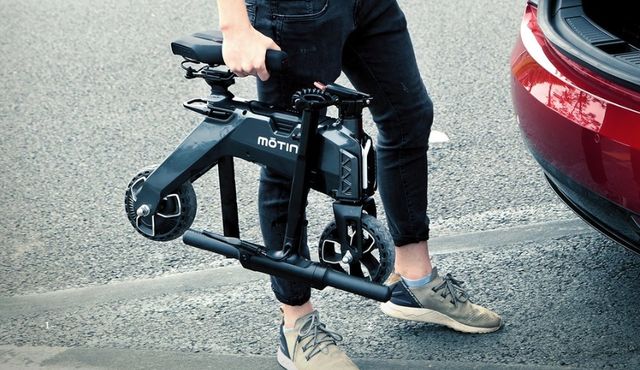 The new electric bike from MOTINI is equipped with 2.6 Ah battery. The manufacturer claims that single charge is enough for 10 km. It takes only 1.5 hours to fully charge the battery. 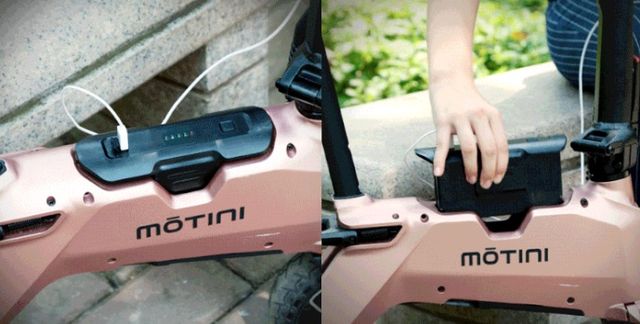 In addition, the new electric bike from MOTINI offers a dual charging system. Since the MOTINI Nano Mini battery is removable, you can charge it in two ways: you can remove the battery, or not remove it from the bike. So-and-so charging will be carried out! 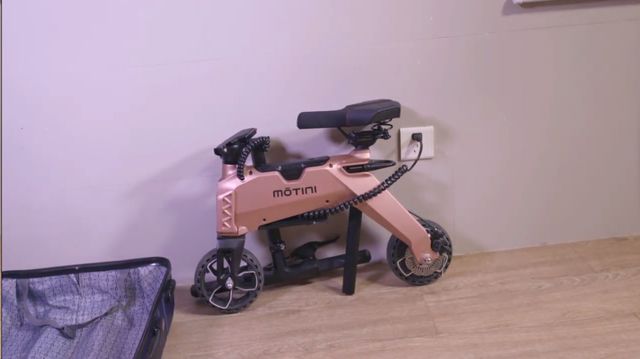 This is very convenient if you, for example, need to charge an electric bike in a cafe or office. It is not necessary to bring the MOTINI Nano Mini into the room. You can simply remove the battery, charge it indoors and put it back in the bike. 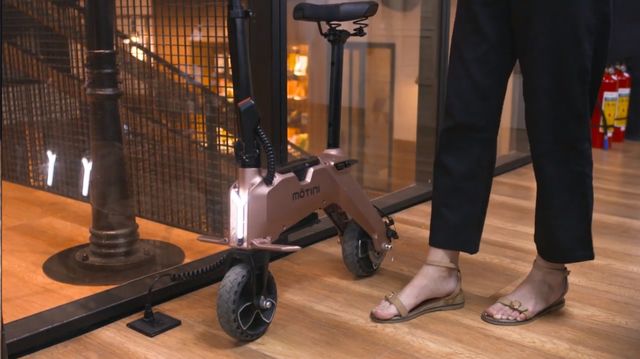 By the way, you can use MOTINI Nano Mini battery as a portable charger. Using the charging cable, you can charge any mobile device: smartphone, tablet, laptop, etc. 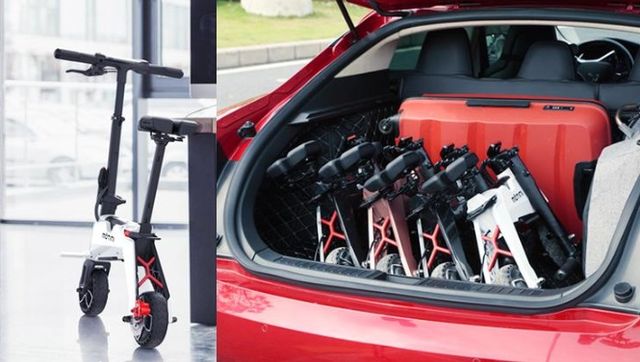 MOTINI Nano Mini electric bike is really a very interesting and useful device. If you often have to travel by train or even by plane, then it will become a perfect companion for you, thanks to its compact dimensions and weight.

In addition, because of its unusual appearance, MOTINI Nano Mini attracts the attention of others. The motor provides a maximum speed of 20 km per hour, and the battery can be used as a portable charger.

Price MOTINI Nano Mini is 600 euros, but today you can buy it for only $539. We will leave the links to stores below.