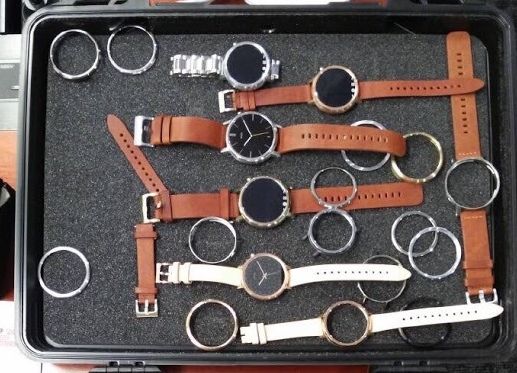 Two weeks ago, the head of Lenovo posted a photo straps and housing elements of the future smartwatches from Motorola. Apparently, the successor to the Moto 360 second-generation mechanical button has moved to the “2:00” (the same solution used in Huawei Watch), a new build Android Wear shed light on the characteristics of the gadget.
At the time, Moto 360 second-generation received the code name Minnow (literal translation from English – “small fish”). Motorola engineers did not deviate from the selected topic – a new wearable device appears under the working title Smelt. This is a general concept to refer to a family of small fish silver color.

If you believe the rumors, smartwatches the second generation has a display with a resolution of 360×360 pixels, therefore, it will be completely round. “The heart of the” new items became processor with application binary interface armeabi-v7a, and as a pre-installed operating system is a platform Android Wear 5.1.

According to some reports, the new Moto 360 second-generation from Motorola will be available in two sizes.