The most mysterious structures in the world 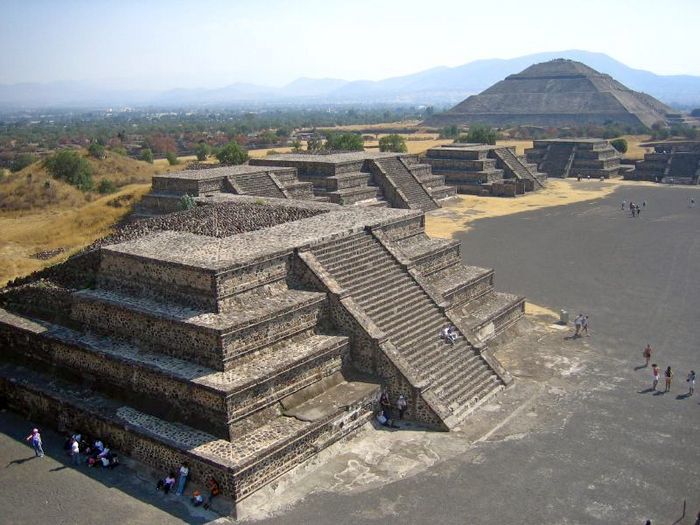 On our planet there are enigmatic and mysterious monuments of antiquity, which, although studied by archaeologists and scholars, but still cause a lot of questions and discussions. These sites are a source of all kinds of myths, legends, various hypotheses and theories about their history, origin, purpose for which they were created. There are many places in the world, but we’ll talk about the most famous and mysterious of all the places in the world.

The most mysterious structures in the world: Egyptian pyramids and the Sphinx at Giza. 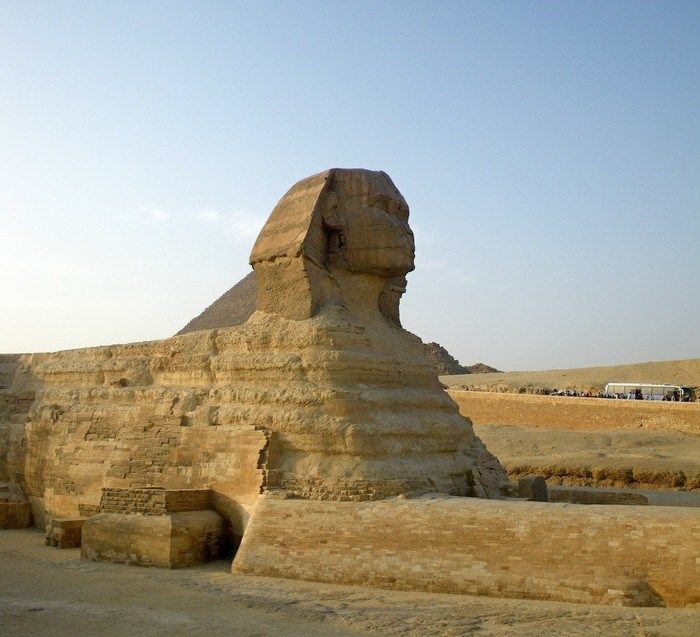 It may seem incredible, but the statue of the Sphinx is carved out of a monolithic rock. Before our time remains a mystery, who and how it is made. It is also unknown and the date and time of the erection of this magnificent monument. Sphinx named the greatest monuments in the world. Egyptian pyramid on the right called the oldest of the wonders of the world that have survived to our time. Just like the Sphinx, they are shrouded in mystery and legend. As you know, the pyramid – a tomb for the pharaohs. The largest and most famous of all the pyramids is the Great Pyramid of Giza.

The most mysterious structures in the world: Stonehenge. 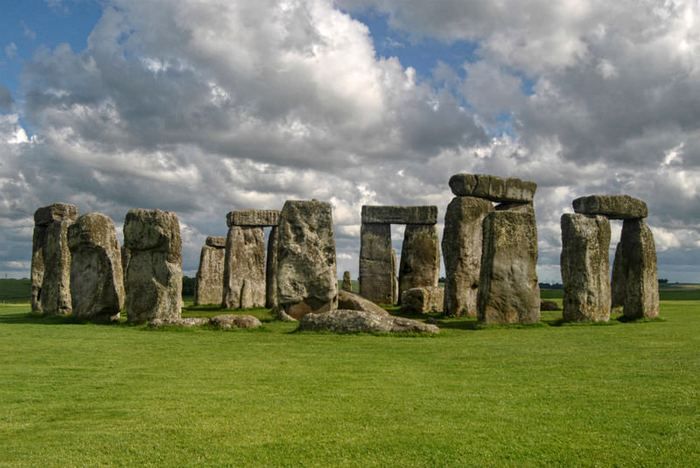 This mysterious ancient monument located in England. Stonehenge is an impressive stone structure, consisting of stone blocks (megaliths and trilitov). Reputed scholars beginning of the creation of this architectural ensemble occurs at approximately 3000 BC. In architectural composition includes Stonehenge arch, just point to all four corners of the earth, altar stone, and two rings consisting of huge stones. Both authors and purpose Stounzhendzha still unknown. Scientists and archaeologists have put forward lots of different versions, but none of them are impossible to confirm. Therefore, around this ancient monument soars spirit of mystery and secrecy. In addition, Stonehenge is one of the strongest power places on the planet.

The most mysterious structures in the world: Tablets of Georgia. 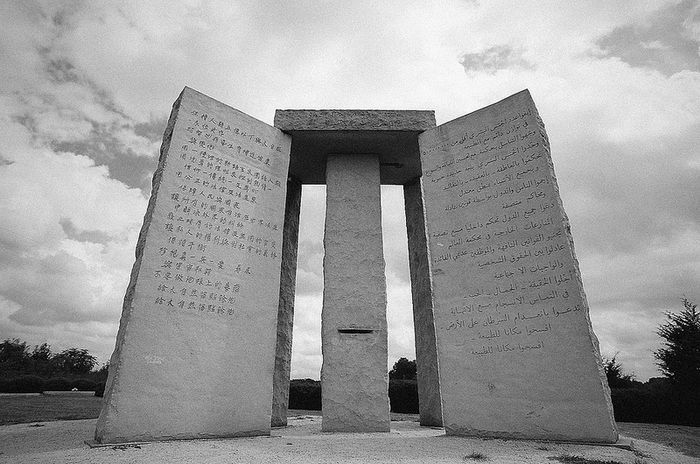 This monument is not an ancient, as it was established in 1979. But, nevertheless, is shrouded in mystery as much as any ancient monument. It consists of four monolithic slabs of granite height of five meters, supported by only one capstone. The total weight of the monument about a hundred tons. All boards are aimed at the four cardinal points. They carved message to descendants in eight languages, business people, survivors of a global catastrophe. Monument repeatedly subjected to various acts of vandalism.

The most mysterious structures in the world: Gozeksky circle.

It consists of circular ditches surrounded by wooden palisades (recovered later). In certain places these ditches are the gateway through which to some specific days of sunlight penetrates. This ancient architectural monument is considered one of the earliest examples of a solar observatory. But it is still a source of controversy between scientists. Various hypotheses about the use of Gozekskogo circle, none of which did not get the exact scientific evidence.

Monuments Moai on Easter Island. Moai monuments – this is a huge statue of people up to twenty meters. They were carved out of volcanic rock between about 1250 and 1500 AD. As found by the archaeologists, was originally 887 statues, of which 394 have survived to our time. The largest of the statues weighs more than 70 tons. On these sites are put forward a lot of ideas and hypotheses.

The most mysterious structures in the world: City of Teotihuacan. 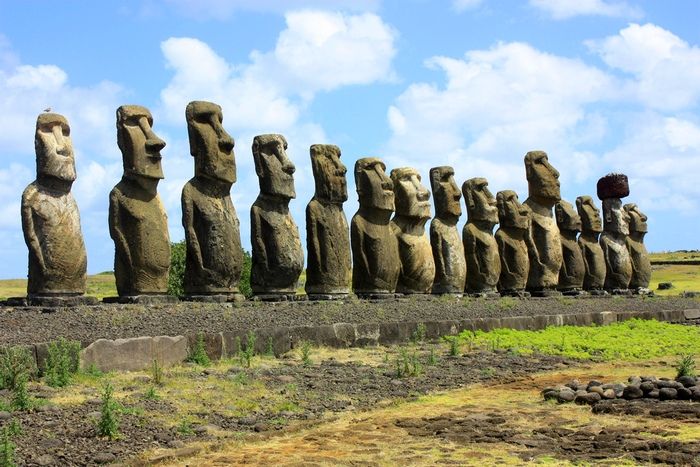 It is close to the capital of Mexico – Mexico City. The town’s name translates as “the place where gods are born.” The ancient city for unknown reasons was thrown by the local population. Why it happened, remains a mystery to this day. Amazing ancient pyramids are attracted by its beauty a lot of travelers. But scientists have found that the ancient civilization versed in astronomy, calendars erected of stone, creating the drawings, which were visible only from above.

The most mysterious structures in the world: Delhi pillar. 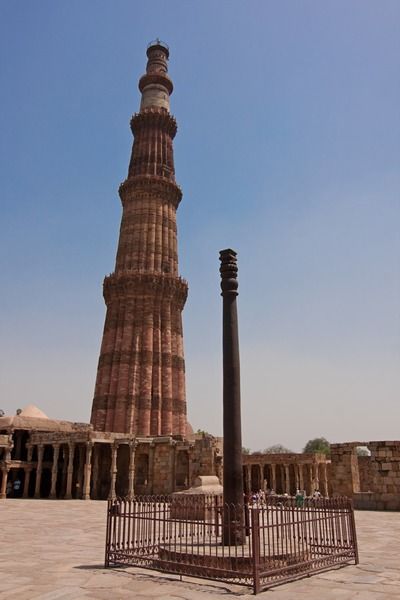 It is located on the outskirts of Delhi. This post was made of iron around 1600 years ago, but during this time is absolutely not exposed to corrosion. Scientists can not find an explanation for such an indisputable fact. In addition, advances a set of hypotheses about the manufacturing method of this monument. Residents of India Delhi is considered a pillar miracle that can fulfill the desire or cure any disease.

The most mysterious structures in the world: Fortress Saksayuman. 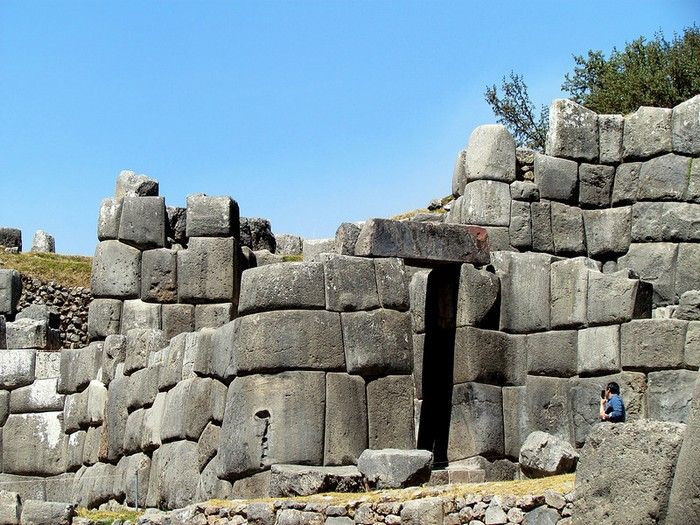 This fortress was built by the ancient Incas, and is next to the wall, built out of solid rock blocks, each weighing more than two tons. In our time, this ancient monument is in excellent condition, despite its age. It should be noted that scientists still can not figure out which way the Incas managed to build structures of huge stones without fastening material so that even the thinnest piece of paper will not be able to squeeze in between the blocks. Furthermore, it is unknown how people are transported tjazhelennye stones.

The most mysterious structures in the world: Nazca Lines. 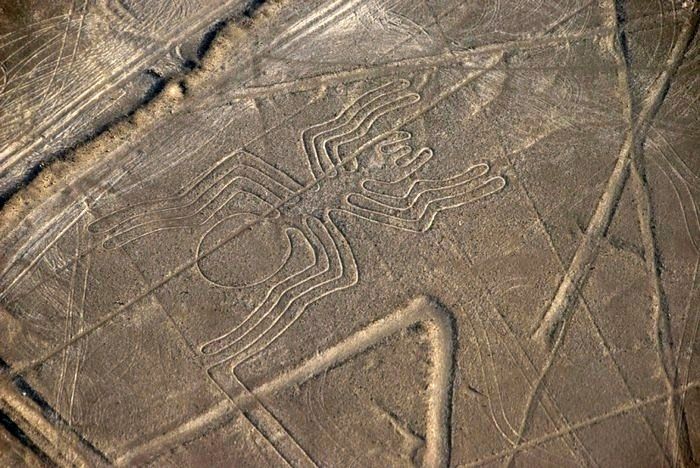 This line and the pictures on the dry plateau in the desert of Nazca (Peru), which cover an area of ​​about fifty miles. Time to create these lines accounted for approximately between 200 BC and the year 700 AD. See the Nazca lines can be either dominant or at certain times of the year with the neighboring mountains. Scientists surprised that the animals depicted in the Nazca, are not found in this area (for example, monkey, whale, spider, etc.). Also surprising exact reproduction of the anatomical structure of some of the animals, insects, birds. Because at that time there was no microscopes. Whatever the efforts did not make scientists unravel the purpose of these figures have not been able to anyone.

We bring to your attention is not a complete list of the most mysterious places on our planet. They beckon call, attract many tourists and travelers. But most of all they are interested archaeologists and scientists as they unravel the mystery is rather difficult, to be more exact, it is practically impossible.