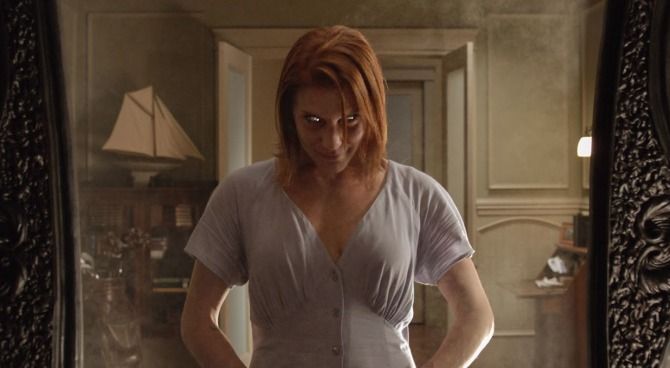 Intriguing at times, and punctuated, but not supported by the service of a story too staged.

There is no ‘escape the horror of Mike Flanagan , who already ‘in the past had brought to the screen many other ghosts and various anxieties … Sanita’ mental, memory, cyclicity ‘and family ties are items that come back in its cinematography, although perhaps they had never been connected to each other with such force, also expressive.

In Oculus – The reflection of the evil that we see, or rather that ‘looks’, and’ everything. Usual, given the genre, it will say ‘… True, although the director of Salem (just so’) deicde to focus on this all his chips. The story of a family destroyed by a possessed object – in this case, as noted, a large antique mirror – took many forms, but the pace and suspense of this version are the reasons for advise.

On the other hand you feel the lack of something more ‘level of development of the plot and narrative, rather than as ends in themselves and in a limited – though fine – plot no means easy to sustain. Since the beginning of the story we see it, and discover the long clash of the two brothers Kaylie and Tim Russell with the cursed mirror. We follow them through time and space, two concepts that are altered by the object in question, capable of creating illusions and lethal force its victims into an endless loop, which seems impossible to escape from prison. From the living. 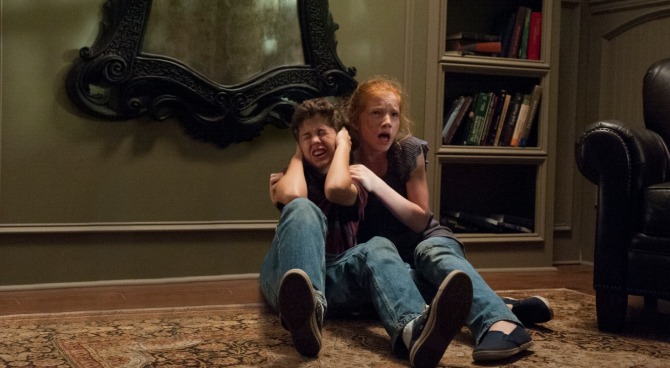 In this sense, the claustrophobia and helplessness created by the repeated ‘running in circles’ and the two’ merit and guilt along with the film. That ‘certainly’ achieved the desired effect of transmit, but apart from the careful choreography of overlapping temporal and spatial little remains to adventure ended. Especially after a finale that, in addition to further emphasize the circularity ‘nightmare, does not leave much to be desired.

The characters themselves do not have a ‘body’ unforgettable. Dai parents, rather stereotyped and often didactic (especially in statements on their father’s demons), the pair of players, whose seductive presence remains very superficial and does not involve. As you may be able to more ‘to the two children who takes the place of them in parts of flashbacks, although a bit’ too present.

In short, if you are looking for formal satisfaction, do not miss this Oculus. A good film genre in which the substance appears to reside – paradoxically – in the technical representative. For the rest, as often happens, ‘all back’, even if in life there is no ‘mount to help …