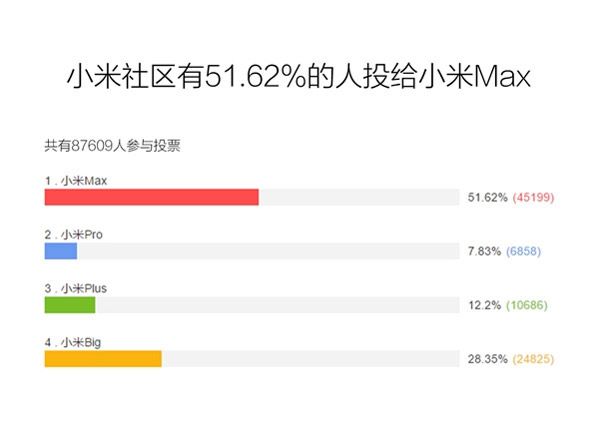 Xiaomi Company conducted an online survey, offering users to select a name for the new planshetofona in which the scales tipped in favor of the Max Xiaomi, snatched victory from the leading some time title Xiaomi Big. And as a result of the Xiaomi Max name voted, about half of the 245 thousand members to participate in the survey.

And today in Xiaomi officially confirmed that the new planshetofon company debuts on the market called Xiaomi Max. This rumor about using it in a metal housing with a fingerprint reader, and a powerful hardware platform Snapdragon 820, complemented by a 6.4-inch display. 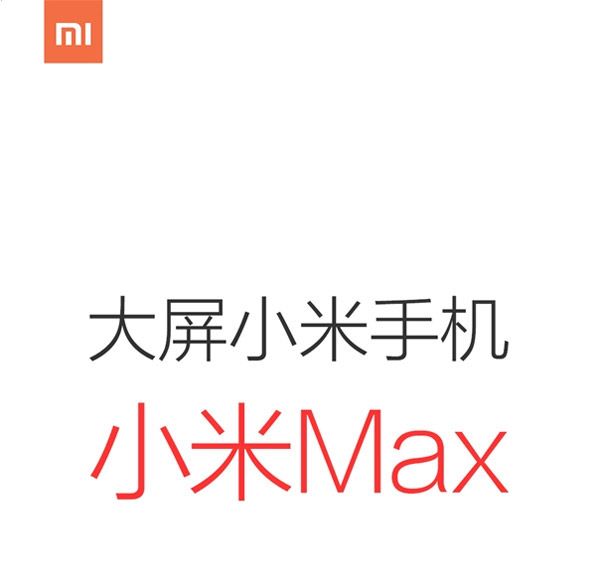 Curiously, Xiaomi Max will be the first full-fledged planshetofonom producer. Of course, except for that of Mi Note with a 5.7 “display, which stands on the brink of conventional smartphones and PHABLET. And we will be very interesting to see how Xiaomi will behave in the gadget market with large screens. Will Xiaomi use planshetofone capacious battery? Will he get display with QHD-resolution?

Answers to these questions is no. But it is obvious that the new product will be the flagship product for which clearly indicates the use of its Snapdragon chipset 820 and the metal housing.