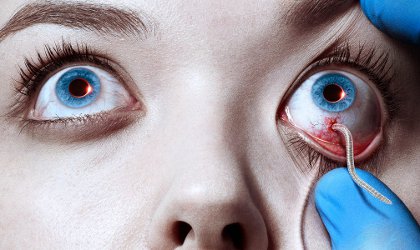 Good news for fans of horror, The Strain just a few days ago told Channel FX: show renewed for a second season.

“I am extremely happy, – commented on this information, Guillermo del Toro,director and screenwriter of the project (co-authored with Chuck Hogan). – We have a story to tell about how humanity is becoming an endangered species. “

An ambitious project based on the book trilogy del Toro and Hogan, not only was warmly received by critics, but also very popular with the audience, which clearly confirms the growing ratings.

As reported, the team will begin work on the series second season in mid-November in Toronto.

Vampire drama The Strain will be back next summer.