The Power Pen turns your smartphone into “mirror” 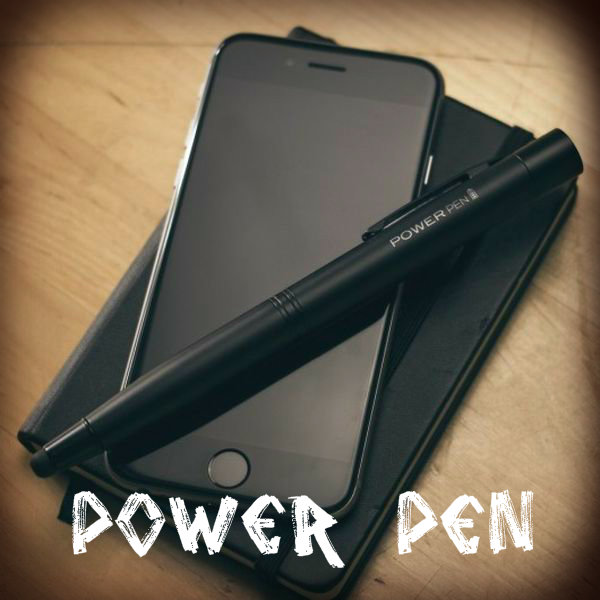 Looking at the picture of the handle The Power Pen with smartphone might get the impression that the handle is needed in order to turn your mobile device into “mobile” mirror. However, this is not so. Function at Power Pen is much easier and even more obvious, the point is that this backup battery for mobile devices.

In this age of gadgets, problems with the battery capacity in the smartphone on their “relevance” overtaking the world’s food crisis and Ebola together. Cure and feed the Power Pen, unfortunately, cannot, but, perhaps, allow someone instead experiences about low battery to think of something that could solve the first two problems.

Power Pen will allow the battery to charge the average smartphone based on Android system 1-1.5 hours of moderate use. In the case of devices on iOS operating time may be even greater.

Connects to smartphone Power Pen through the same connector, through which and charging. Included with the pen are also a few adapters in any case, for the most archaic models. To transfer charge from the need to handle 15 to 20 minutes. Charging handle on the network during the same period of time.

In addition, Power Pen has a good design. Is available in several colors pen. Its cost is $ 40, which allows thinking about purchasing several of these batteries, pens. If you wish, you can buy as many pens as needed to fully charge the battery of the mobile device. And, of course, the most important and primary function Power Pen is that the gadget is able to write on paper in blue.