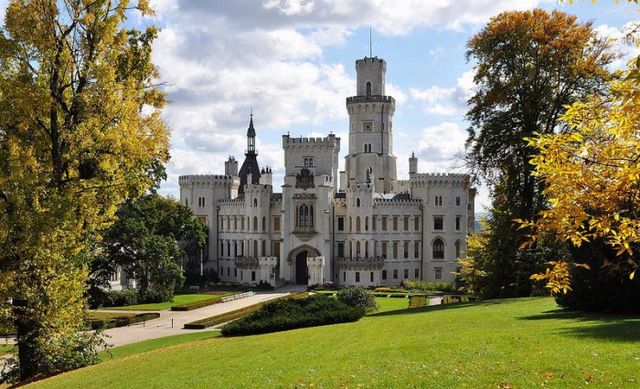 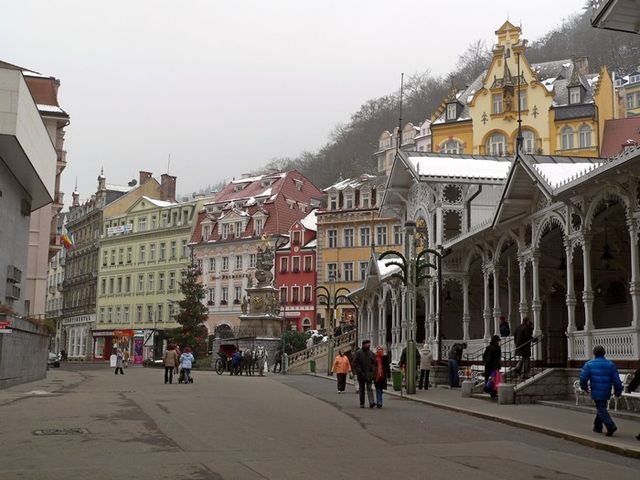 The Czech Republic is famous health and fitness spa town Karlovy Vary. It is located in the beautiful valley of the rivers warm and Ohře, which is surrounded by mountain peaks. Strong channel bends of rivers, coupled with geological features contribute to the bottom of the severe soil erosion valley, bringing here underground mineral fashion easily make their way to the top. Therefore, the main attraction of the city are the mineral springs, has long been attracted to these places representatives of royal families and ordinary people who want to improve their health. Suffice it to say that Karlovy Vary in different years was visited by such notable figures as Amadeus Mozart, Johann Wolfgang von Goethe and the Russian Emperor Peter I. 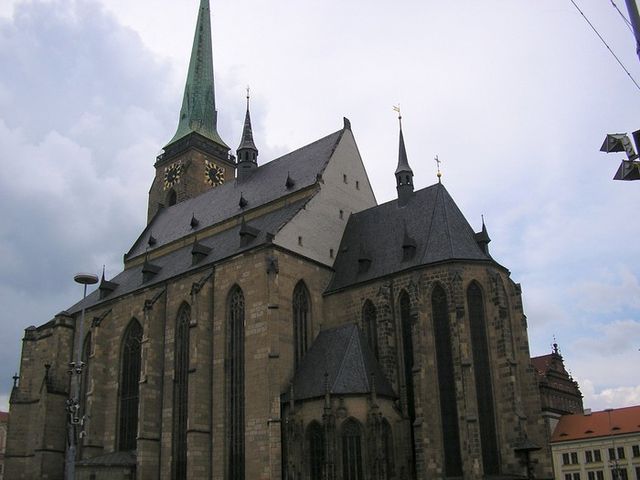 Today, the resort has twelve springs of healing waters, to help deal with various diseases of the gastrointestinal tract and metabolic disorders. Local waters are very rich in minerals and elements that contribute to improvement of the human body. In addition to exciting possibilities for improvement. In Carlsbad, the guests acquainted with the local architecture, characterized by a mixture of styles, biking and hiking in the mountains. 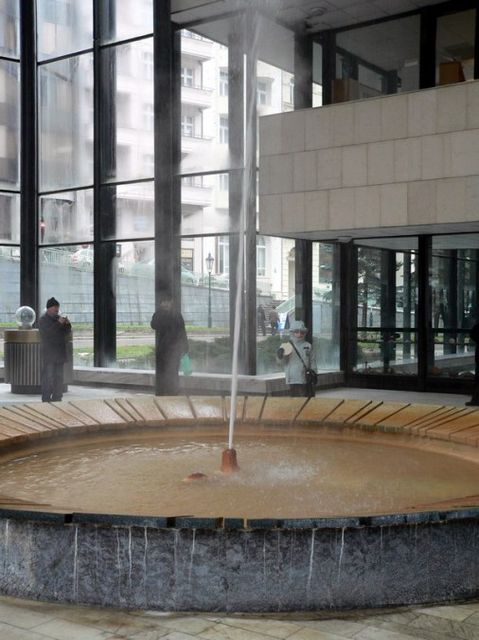 For those who prefer a healthier and measured therapeutic recreation, entertainment, is to go to the city of Pilsen. He is widely known outside the country as the city where the most delicious brew beers – Pilsner Urquell and Gambrinus. Brewing traditions are passed from generation to generation since the inception of the city. In Pilsen sure to visit the largest European square – Republic Square. It is surrounded by beautiful buildings, built in the Renaissance style of the XVI century. On the square is located the magnificent Cathedral of St. Bartholomew in the Gothic style. Its spire is directed to a height of more than one hundred meters. 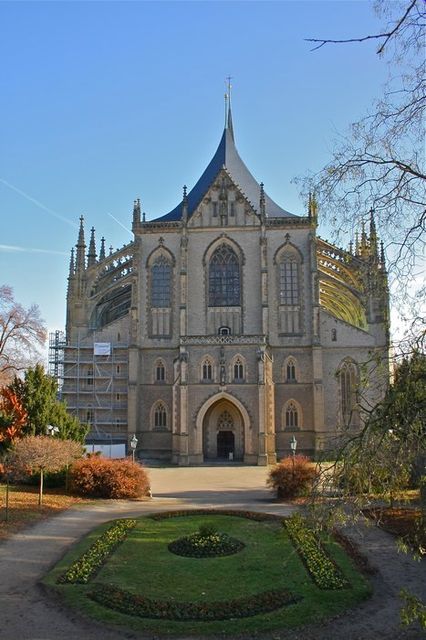 We can not ignore the Brewery Museum in Pilsen. Here you can get acquainted with the glorious traditions of brewing and see a variety of machines and machines for making beer beverage. By the way, looking at any cafe or restaurant in the city, you can enjoy the legendary Czech beer of different varieties. 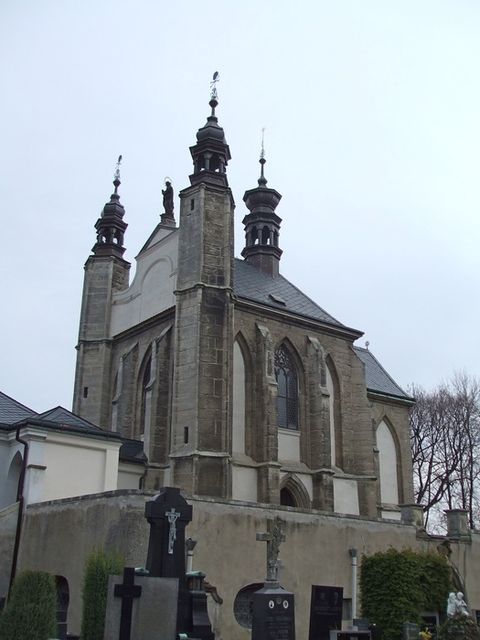 Sixty kilometers from the Czech capital is a town called Kutna Hora. At one time it was one of the richest cities in the Czech Kingdom, thanks to its rich deposits of silver. Today visit Kutná Hora – a familiarity with the architectural monuments of the medieval period. First of all, it should be noted for its beauty marvelous building of the cathedral of St. Barbara, which stranded many architectural styles. In the decoration of the temple you can see the huge stained glass windows and elegant medieval frescoes. No less remarkable complex of buildings Vlašský courtyard, which was initially created as a fortification, but later became used as a mint.

In the vicinity of the city is located, and one of the most unusual sights of the Czech Republic – The Chapel of All Saints, or ossuary. This building is in the Gothic style is located right in the center of the cemetery, which has grown significantly in size after raging in the Middle Ages the plague. And for the decoration of the interiors of the building were used tens of thousands of human bones. Visiting this place to be the best name gives the most conflicting emotions. 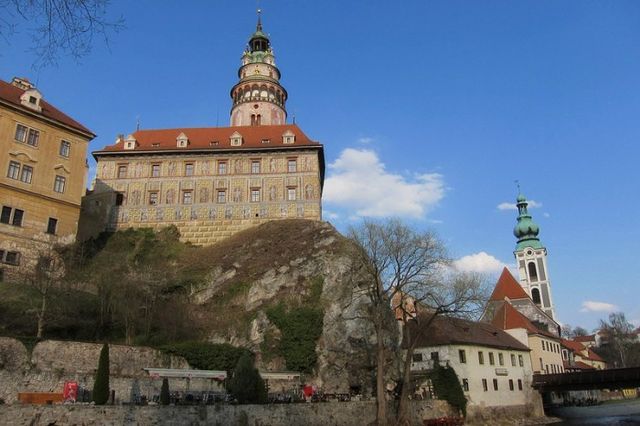 In the south of the country, on the banks of the Vltava River is the picturesque town of Cesky Krumlov, who managed to retain its original medieval appearance. Beautiful miniature house create an incredible atmosphere in which just a pleasure to be. But, first of all, the city is famous for its castle, belonging to the genus Schwarzenberg.

This monumental building, which includes a historic complex of buildings, interior galleries and courtyards with rich furnishings, Baroque theater and a museum. Walk through the castle is only a guide who will tell you about previous owners of the castle Krumlov, the history and design of the interiors. Certainly worth the climb to the sixth floor, where there is a castle tower with an observation deck. From there you will see the town of Cesky Krumlov in all its splendor.

Another popular tourist spot provincial Czech Republic – a castle Hluboka, who was elevated to the original pseudo-Gothic style. It was founded in the XIII century, but acquired its present shape only in the XIX century. In order to equip the castle one hundred and forty rooms, completely different from each other in their decoration. The very location of the castle is impressive – building stands on a rock in height of more than eighty feet. It is surrounded by an extensive English park with a system of ponds and plants, where you can walk. Today the castle turned into a public museum open to tourists all year round.Guests can choose from five different sightseeing tours with a visit to the front hall, a watchtower and private apartments.