Review of the movie “Guardians of the Galaxy” 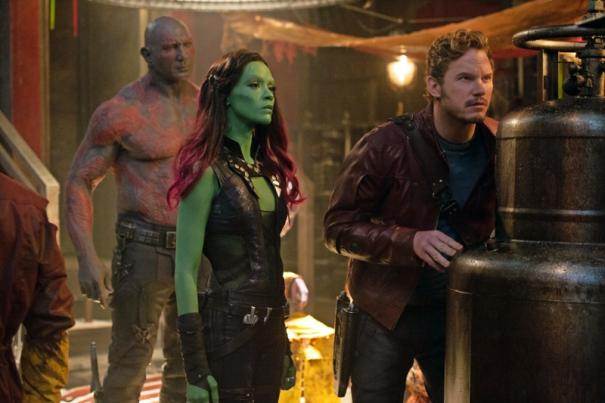 Peter Quill ( Chris Pratt ) was a boy kidnapped from Earth by space pirates. Now he galactic adventurer earner and unique artifacts. During the execution of the next job, Peter finds a mysterious sphere, which also hunt for interstellar criminal gangs. As for his “exploits” Quill goes to prison, he conspires with several prisoners to escape together and sell the artifact for a dizzying amount. But as soon as the conspirators – Peter, a cyborg assassin Gamora ( Zoe Saldana ), bleary-eyed warrior Drax ( Dave Bautista ), humanoid tree Groot and Rocket Raccoon reasonable – find out what secret hiding sphere, they realize that fate has given them, the criminals, the chance save the galaxy from obsessed fanatic Ronan ( Lee Pace ). 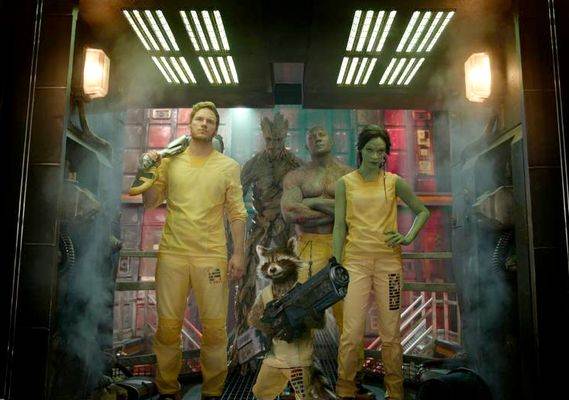 Studio Disney bought “Star Wars”, but it does not mean that she does not want to tell any other cosmic history. On the contrary, disneevtsy have high hopes for “galactic” offshoot universe Marvel, and they have invested a tidy sum in the shooting and promotion of “Guardians of the Galaxy” – no direct relation to the previous Marvel superhero tapes eponymous comic book adaptation, which has been published since 2008. However, George Lucas can sleep peacefully – to his first trilogy of “Guardians” away.

Why? Because the “Guardians of the Galaxy” – not so much “space opera” as a fantastic comedy with stunning soloist in the face Rockets. Advertising campaign movie always put a raccoon to the fore, and it did not disappoint – Rocket really excellent. Exceptionally believable animated creature that simultaneously indomitable warrior, ingenious mechanic and troll level 80 in the spirit of Dr. House – the pantheon of science fiction movie characters just added contender for the top of the charts! Rocket is so good that the film is worth seeing just for the sake of fun of him and with him. 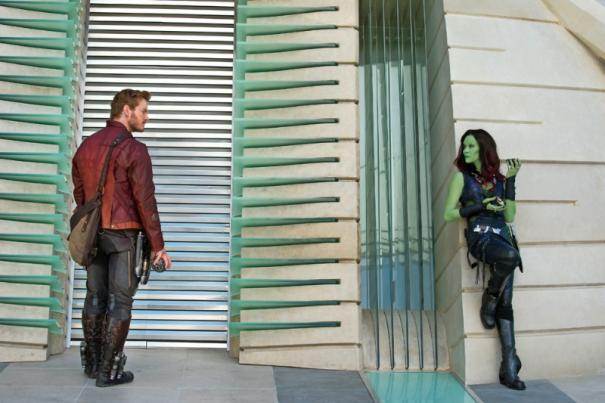 On the other Guardians, however, are not. Peter Quill is much better than you would expect, when it was announced that the hero of the sitcom ” Parks and Recreation “character to play,” like Han Solo, “but with all due respect, Pratt still not Harrison Ford , and he does not look to the end convincingly when not hohmit not fooling around and shoot enemies. In turn, destroyed Drax confronts viewers uncomfortable question: “Can I laugh at the hero who either autistic, or mentally retarded?” And silent Groote is the “god from the machine” and the end of the film shows many different wood superpowers, it becomes annoying and tiresome. Finally, Gamora suffers from severe “syndrome cool chicks, which appears in the film only because in this movie should be a cool chick.”

Duller Gamora only her evil adopted sister Nebula, sick “syndrome cool chicks, which appears in the film only because someone has a climax fight with positive cool chick.” Poor Karen Gillian ! How it is alive and vibrant in the TV series ” Doctor Who “, so she dead and pale (in all senses of the word) in the” Guardians of the Galaxy. “ 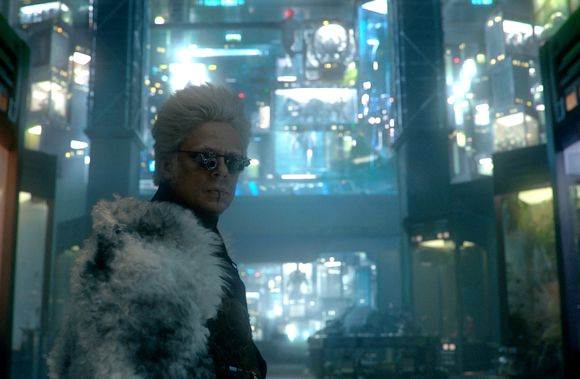 Villains picture is only slightly better. Ronan looks sternly and waving hefty hammer, but it is tedious, monotonous and devoid of intellectual flair that distinguishes these supervillains. Plus, as in the case of Gillian, makeup hid Lee Pace expressive face under a thick layer of makeup, and actor plays only half of its capacity. Compare with Ronan peysovskim Thranduil of ” The Hobbit “and you will immediately feel the difference.

In turn, the pirate Yondó ( Michael Rooker from ” The Walking Dead “), a little too quickly over to the side of good and rushes to risk their lives for the sake of the planet of their enemies. Moreover, he coolest and unusual weapon in the film, which is clearly not worth it spend on a secondary character, and pass to someone of the main characters, wielding swords and blasters trivial. And so at Yondó hardly the only haunting battle scene in the whole picture. Although the action in “Guardians” at every step. 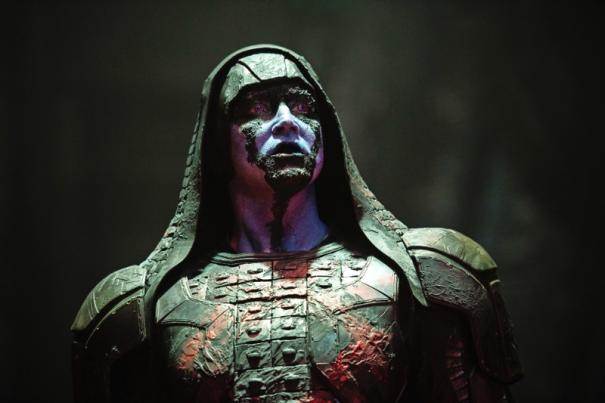 Generally, the scenario in the movie misses so much that they do not have time to notice. This is not a problem for ironic comedy, which the picture, as already mentioned, basically is. But “Watchmen” want to be not only a chain hohmit but pretentious superhero epic – and pull over whenever include “serious” speed. How do you, for example, the fact that the entire cosmic army planet Xander hardly constrains ship Ronan, a fanatic of the Cree people? After all, the film follows that the total force and the Cree ksanderiantsev approximately equal (otherwise the war between them was hundreds of years without apparent victory of one party), and this means that a single battleship enemy army must be Xander one bite. Approximately one Nazi tank regiment for the entire Soviet army. And why ksanderiane Ronan attack only when it enters a piece of plate in their atmosphere? They are too advanced nation not to have long-Alert system. 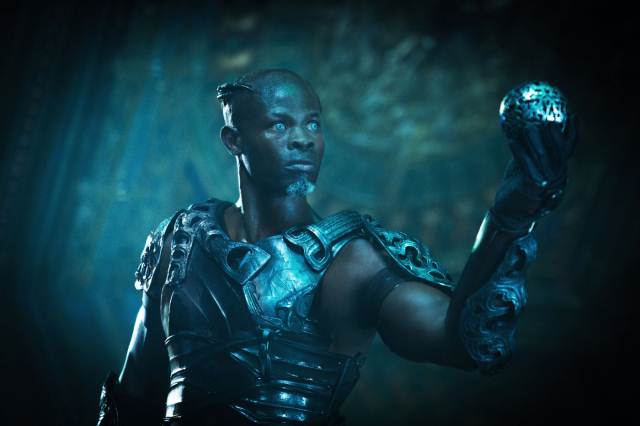 And so on and so forth. The movie is not well thought out to impress the hardcore fans of space fiction, who have eaten the dog on the discussion much more subtle blunders than “none of the police after his arrest, the heroes did not bother to search their belongings and ask what a strange sphere them with me.” But the characters are not delayed by five minutes, and was arrested, convicted and jailed for trafficked to another planet! And in all that time only attracts attention brought from Earth with a cassette player Peter “super sounds of the 1970s.” Unthinkable! 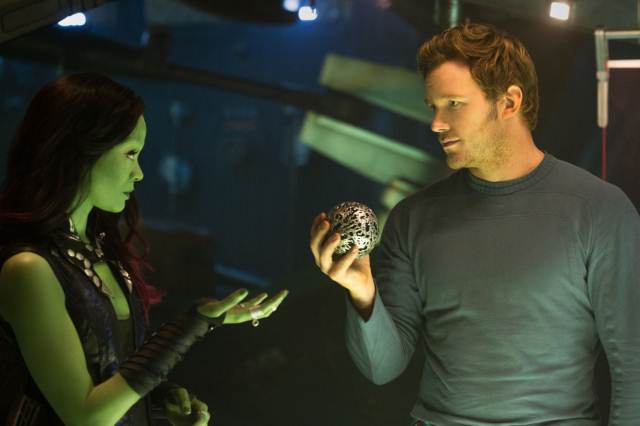 Verdict “Guardians of the Galaxy”

And by the way, about the “super sounds.” This is another problem of the film, this time only significant other countries in the early 1980s were not in the American cultural orbit. Wow, that sounds old film music, and well, that the “Guardians” is a joke, lined up, for example, around the story ” Free (Futluz). ” But who are we in love with music and those who know by heart in Russian cinema, glorified Kevin Bacon ? Unlikely many. A space fantasy, it seems to us, should unite spectators from different countries, and not to divide them into “involved” and “uninvolved”. Especially in the XXI century, when the international audience for Hollywood-more important than ever.