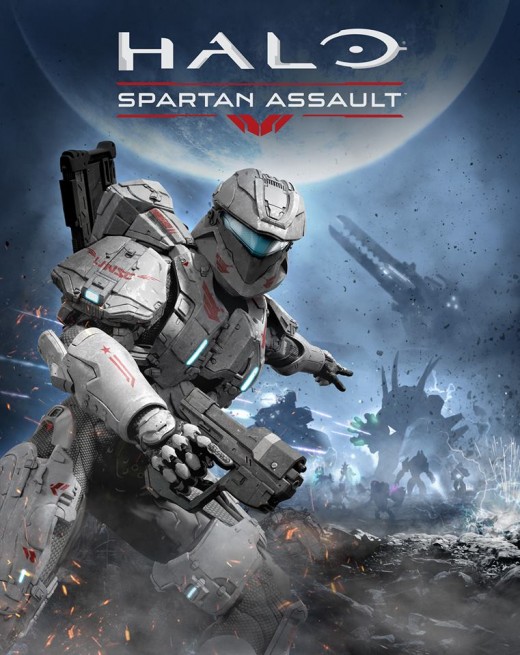 0
SHARES
34
VIEWS
Share on FacebookShare on Twitter
Arcade shooter with a top Halo: Spartan Assault originally designed for devices including mobile, running Windows 8, and then visited the console Xbox One and Xbox 360, and now Steels available to users of Windows 7 and Vista. Despite the controversial idea of making a first person shooter in an unpretentious entertainment for passengers of public transport, the game was quite good.
Spartan Assault plot wedged between the events of Halo 3 and Halo 4 . Covenants attacked planet Draetheus V and her only companion. Among the defenders were Spartans Edward Davis, flickering in the comics Halo: Initiation, and Sarah Palmer, best known for Spartan Ops from Halo 4. These heroes confront the army invaders discover ancient artifacts and try to survive the global cataclysms.Nevertheless, what is happening on the screen is just recreating the exploits of these Spartans under the training program.
Since the game is an arcade shooter, destroy enemies with the same efficiency is obtained from any available weapons, without being distracted by overcharging. Preserved the opportunity to wear only two types of weapons, ammunition supply is not endless. So the need to use the trophy “guns” and then forcing them to alternate running ahead with iglometom ready, then deal with the foe at a distance using a rifle. 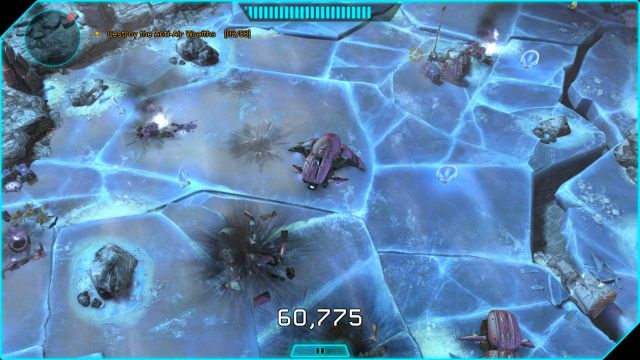 Enemies retained familiar habits. Elite snatch with a distinctive roar, grants rushing attack with activated grenades in their hands or run away screaming. On the Spartans attacked with hammers and Brutuses soldiers invisible swords (to take up the sword in the Spartan Assault impossible). While Davis and Palmer held several powerful blows. Covenants, in turn, become easy targets. Therefore, most of the battles rather relax than to offer the test.
But the authors entertain Player diverse conditions. Some levels provide freedom of movement for small locations and allow to kill targets in a free manner. Other drive the Spartans into the hallway and forced to go on the built in a precise route. Hiking alternate control tank Scorpio or combat edifice covenants. At a certain point you can take control frisky Ghost (SUV Warthog not provided).
Many combat situations dedicated escort equipment or people, as well as the protection of important objects and persons. It happens that the Spartans must hold the arena five minutes before the arrival of transport. Alas, such tasks are repeated too often. Executions biomass flow from the stationary machine gun and cutting small circles on the location stale. Does not save or transience of missions (not more than ten minutes) or a change of scenery.
Benefit of a campaign is not time to get bored in two hours. That’s how much time is spent on it to go through three dozen missions. Then we have to re-visit places of military glory, to fill more points and climb higher on the leaderboard. Before the operation for earned experience you can buy weapons or special ability, as well as power. But bonuses after completing the burn. Because of this, an attempt to become the best of the best turns long and hard work. If desired, you can activate two skulls mutator (choice presented six pieces) that disable interface make enemies stronger and complicate the lives of the Spartans in other ways, and instead give more credit to the heroes. 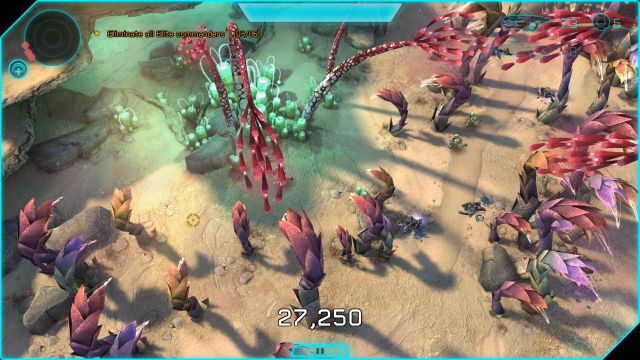 In the console versions, there are five cooperative missions. In these two Spartans faced with the invasion of parasites Flood. This addition takes about an hour and is a poor excuse for a lack of cooperative transmission in the main campaign.
Spartan Assault looks surprisingly nice. Top view, colorful explosions, funny antics covenants and beautiful views of a distant planet unsuccessfully conceal traditional portable graphics projects shortcomings.

In Halo: Spartan Assault has almost everything: excellent design world, recognizable weapons and enemies habits, a good base for an arcade shooter and a variety of tasks. But not enough of the main ingredients in the form of gambling and shootings in an amicable difficult campaign that did not make the player himself would create difficulties by mutators. The project is focused on the multiple passage of the same mini-quests. This alignment will appeal to few. 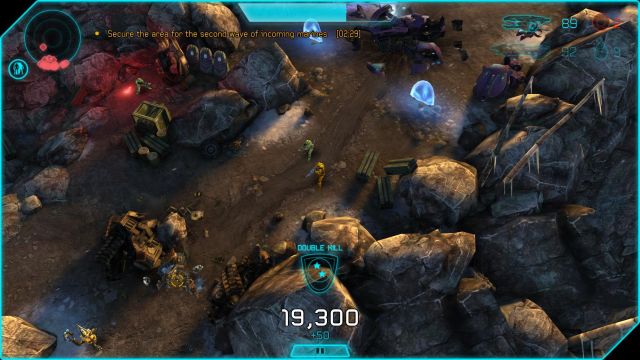