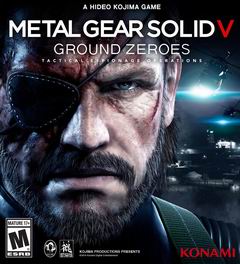 0
SHARES
21
VIEWS
Share on FacebookShare on Twitter
Hideo Kojima – one of the few developers who are not afraid to check the strength of the feelings of the players. However, in the case of Metal Gear Solid V: Ground Zeroes eminent author skidded.Prologue to the Phantom Pain is not too bad, but most likely disappoint fans of the “big” parts of the series, because it has too little plot, and the action takes place in a miniature “sandbox”.
Events Ground Zeroes take us to 1975 and continue the story about the adventures of Big Boss in the Cold War era. In the hands of the hero misses information according to which two important helper incident Peace Walker still alive and in captivity on the basis of “Omega” in Cuba. As they may have valuable information, is sent to the Big Boss “island of freedom” in order to save them. In order not to attract attention to his organization, he works alone.
Release of prisoners occupied the major part of the game. From this follows the main drawback Ground Zeroes – a small amount of story scenes. To be precise, four pieces of them here, and only two made for the show with the usual panache. They keep on their toes and allow us to learn a mysterious villain under perfectly selected music, then suddenly explode brutal skirmishes. All this craziness seasoned brand name Hideo Kojima. 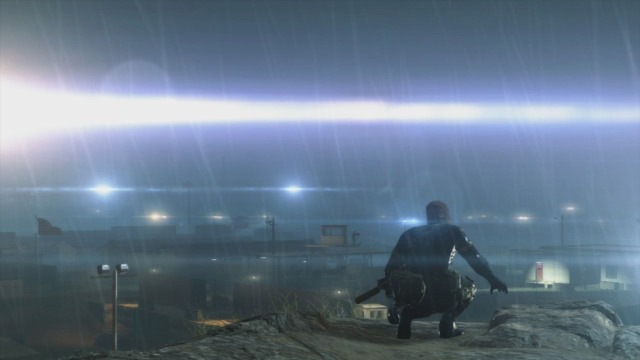 In the prologue, has all the necessary ingredients for an intriguing ties, it leaves a lot of questions after the final. Actor Kiefer Sutherland (star of TV series “24”) did a great job with the role of Big Boss, although fans are unlikely to forgive exile David Hayter. But … this is not enough. Metal Gear Solid (excluding branches for portable consoles) staged rollers attracted expensive. Ground Zeroes In this component thrown into the background. Even the background of Big Boss and information about the universe presented as a dry text on a background sketch-art.
After disembarking the Big Boss faces complicated rules of the game. Radar anymore. Hero is forced using binoculars to observe the enemy, and then they begin to shine through walls, so you can easily track their movements. Therefore, a careful study of the area is becoming a major component of success. After preparing the hero quietly sneaks past patrol enjoys workarounds knocks hour melee or lulls them with a special gun. Machine also does not lie idle, but it will eventually wear muffler and loud sounds give the position of the hero.
Enemies in the event of suspicious activity quickly sent to check territories reported on the radio about the incidents and call in reinforcements. At a time when Big Boss notice is automatically activated Reflex Mode. Everything slows down and eyed the guard can put a bullet in the forehead. If desired, this mode is disabled. 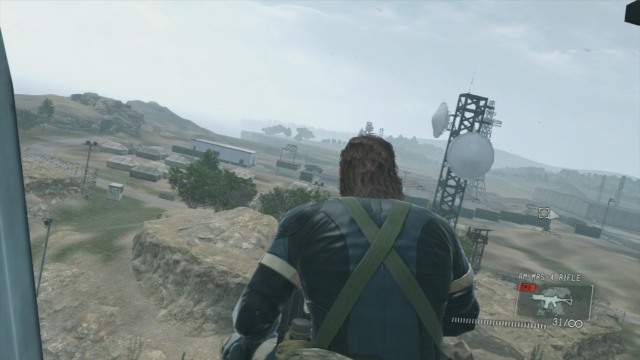 In case of alarm is best to hide in the other end of the base. Big Boss excellent handle firearms, but kill all the soldiers even he can not. Does not save from death and self healing health. His life is complicated by periodically. In particular, it must drag the wounded to the evacuation point on his back or look for the prisoner, based on the record.
Pull associates behind bars manages less than an hour. In this part of the campaign story ends, but opens access to additional tasks. They shed light on some of the events in the format dialogs or fleeting surprise funny situations. Missions allow the return to base “Omega” and yet time for her to walk in the afternoon. Big Boss is looking for photographs of certain soldiers and killing them, then get in touch with the informant, it destroys the defense. Separate attacks wrapped shooting all living and battles with the boss and the boss-armored car helicopter – not the best part of the game.
Initially supplement pleases. Play hide and seek with the enemies interesting. On the basis of lack of detours, jobs are not suffer from monotony. The possibility of theft of vehicles or the use of heavy weapons. Besides passing missions on normal difficulty does not allow to open all the secrets. At a high level of complexity arsenal Big Boss limit, and his face more aggressive enemies. All the action in the course assignments are reflected in the final bill. The more points, the closer the mercenary to the highest rating and bonuses.
The game constantly forces adapt to new conditions, but the basis remains unchanged. Decoration stale, enemy behavior to anticipate, escape routes become apparent. 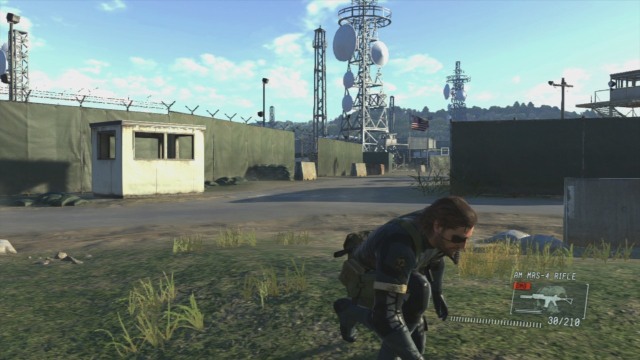 Exterior Metal Gear Solid V: Ground Zeroes can not be estimated unambiguously. Believable animation movements, the granularity of the key characters the authors have not stinted. The lighting system has a chance to enjoy the beautiful views of the database in the pouring rain. Alas, but the materials appear unnatural if all are made of plastic. Versions for Xbox 360 and PS3 are different from publications for PS4 and Xbox One not only graphics, but subsidence and frame rate.
Database design nondescript: mediocre military buildings lined up with a number of tents and other structures. All the more depressing that the total transmission accounts for hours to contemplate this grayness.

This is not the Metal Gear Solid, fans have come to expect. It is necessary to repeatedly perform the same tasks at different levels of complexity in the same location, to knock all the prizes. Hide from enemies initially exciting, but eventually it all comes down to the routine in which himself looking for entertainment. From the perspective of the story campaign Ground Zeroes – is the notorious “paid demo”. Traversed in less than an hour.
If you are not one of those who enjoy the pursuit of ratings, it is better to wait on the purchase, wait for sales. And something tells us that the game will soon be available for free when PlayStation Plus.
Pro:
Contra:
Tags: gameGround ZeroesMetal Gear Solid VReview
ShareTweetPin