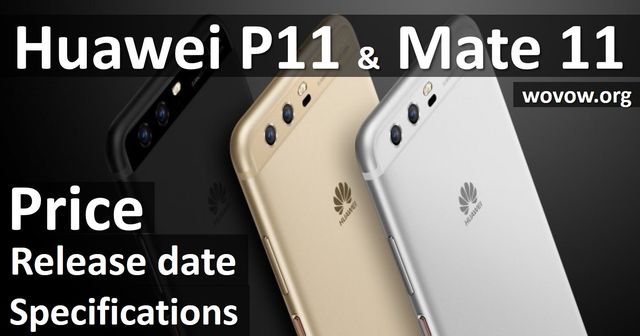 At MWC 2017 Huawei presented two flagships. These are top-end smartphone Huawei P10 and its increased version Huawei P10 Plus. They are really very powerful devices with good cameras and very attractive design.

In addition, the Chinese brand is already working on Huawei Mate 10, which should receive improved hardware compared to Huawei P10, as well as large 6-inch display. This smartphone will be released in autumn 2017.

Huawei does not want to stop, and continue to produce new smartphone. We received some new information about Huawei P11 and Mate 11, which will be released not earlier that 2018.

So, what we know about Huawei P11 and Mate 11? We’ll make first review from rumors, leaks and different sources.

You know that the main smartphone trend 2017 is frameless design. LG, Samsung, Chinese manufacturers, and now Huawei is working on its own frameless smartphone.

New Huawei P11 will be compact device, but with large screen diagonal 5.8 inches, like the same Galaxy S8.

By the way, among the flagships in 2018, Huawei P11 will be the only with 6 GB of RAM, while others will have even more.

So, here is the list of specification Huawei P11: 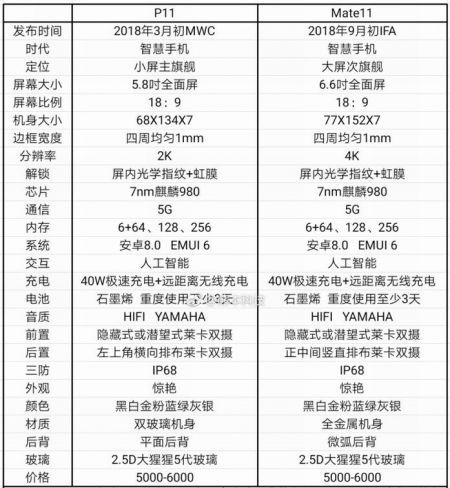 The most interesting part of Huawei P11 is performance. New smartphone will be equipped with Huawei HiSilicon Kirin 980 processor. There is very little information about new processor. Nevertheless, we can safely say that it is top-end chipset.

The current Kirin 960 is based on Cortex-A73 and Cortex-A53 cores, while the graphics accelerator is Mali-G71. As for the future Kirin 980, it will be based on new cores with the same ARM: Cortex-A75 as productive and Cortex-A55 as energy efficient.

Also we should say about ARM, because according to the statements the new development in some moments can achieve improved performance in comparison with the previous kernels to 20-25%, while the energy efficiency of new solutions is even better by about 15%. Roughly speaking, for a lot of power you will have to pay less with the battery charge, which can not but rejoice.

If we talk about the graphics core, Mali-G72 is about 20% more powerful than Mali-G71. Basically the performance increase is due to the increase in the number of graphics accelerator cores from 20 to 32 pieces. Consuming energy Mali-G72 will be 25% less than its predecessor.

As for benchmark test, it is still difficult to say about Antutu, but we are sure that Kirin 980 will get more than 200 000 scores.

Huawei P10 has a standard IPS display with resolution of 1920×1080 pixels. Moreover, it has the classic aspect ratio of 16:9. If we talk about future smartphone, Huawei P11 will follow the main trends and receive frameless screen with an aspect ratio of 18:9. The resolution also will be increased to 2K (2960×1440 pixels).

The diagonal of the screen will be 5.8 inches, like Galaxy S8, while the dimensions of Huawei P11 will not exceed the size of the current flagship Huawei P10. The diagonal difference will be as much as 0.7 inches. It is not yet known whether Huawei P11 will have an IPS or AMOLED. 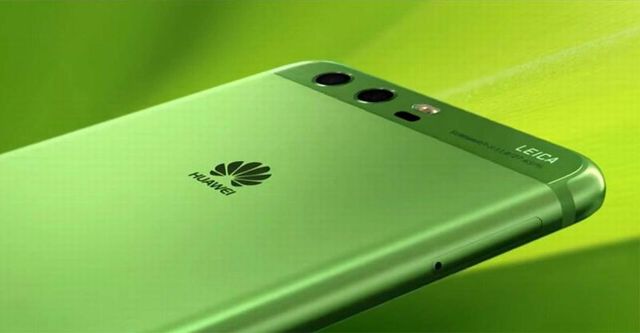 The fact that Huawei P11 will have four cameras, both on the rear and on the front panel. The resolution and models of sensors are unknown, so the list of specifications describes only resolution.

However, we know that flagship photomodule Sony IMX400 remains exclusive for Sony devices (Xperia ZX Premium and Xperia XZs), but from 2018 it will be available for all smartphone manufacturers. Why this camera? It’s simple – it’s revolutionary: fast, smart, with high resolution and offers high quality.

If we talk about an additional photomodule, then some sensor with a resolution of 12 to 16 MP will perform in its quality.

Most likely, the Chinese brand will work well on the front camera, so on the front panel will also be at least two camera sensors. The resolution is unknown, but we should expect about 12 MP.

As we said, the memory Huawei P11 will be enough and even too much for average user. New smartphone will come with 6GB of RAM, and from 64 to 256 GB of internal storage.

Note: Huawei P11 does not have a slot for memory cards, so you should choose storage for your purposes.

Huawei Mate 11 will be the same Huawei P11, but only with a larger screen and a resolution of 4K.

Perhaps, by the time of the release, everything will be changed, but so far we have some specifications list from leaks and rumors. 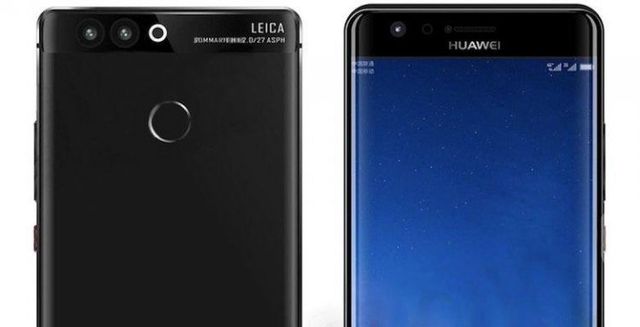 What is most interesting, Huawei P11 will be released on MWC 2018 in February, and Huawei Mate 11 will be presented after half a year in late August – early September. In fact, this is a common practice for the company, as Huawei constantly presents its gadgets in this order.

However, usually Mate model is equipped with more advanced features.

As we know from the leak with specifications, we are confused with the dimensions of Huawei P11 and Huawei Mate 11. Modern compact devices with a diagonal of 5 inches display in height do not exceed 150 mm. Take the same Galaxy S8 with a 5.8-inch screen – it has a height of 149 millimeters. It means that new flagships from Huawei will be about 10 mm higher than the claimed dimensions. In this case, the numbers are more like reality.

So, Huawei will release two flagships in 2018. The first Huawei P11 will be released at World Mobile Congress, which will be held in February-March next year. Huawei Mate 11 will appear at the beginning of September 2018.

The prices for new smartphones are as follows:

As you can see, the Chinese brand finally lost the taste of the Chinese brand, if we are talking about the price. Of course, it’s up to the buyer to decide whether it’s expensive for him to buy new gadgets from Huawei, but to be honest, the price tag is still overvalued.

Also you can visit our page with coupons to buy Huawei P11 and Mate 11 at the best price.