Review iNew L4: autonomy above all 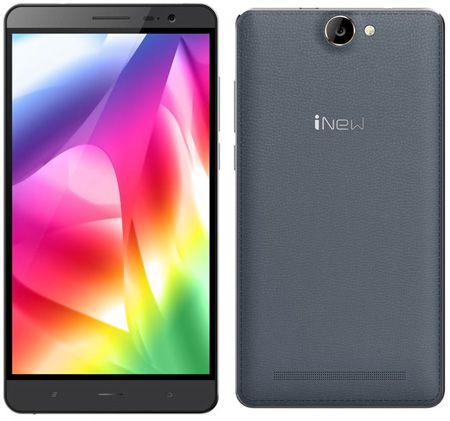 As is known, the brand iNew is working under a well-known Chinese companies – ThL.

However, this mark smartphones have repeatedly examined in the laboratory. You can recall and stylish iNew V7, and equipped with PTZ iNew V8 Plus, and image iNew L1 supporting LTE, and curious iNew V3 Plus. Well, now we have a guest iNew L4 – dude with a battery capacity of 5000 mAh in.

On the front of the packaging the logo of the manufacturer, on the back – a list of characteristics of the product. 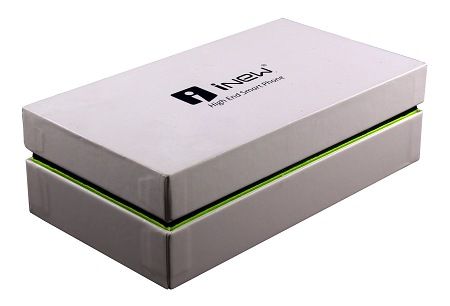 The package includes in addition to the phone:

In addition, the box contains a user manual, warranty card and additional protective film for the screen.

Generous enough equipment, but without any frills. Well, with complete delivery sorted out on stage – very smart. 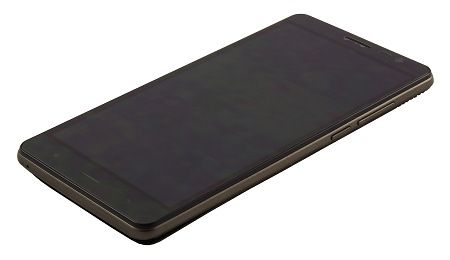 When you look at the back cover once it becomes clear where the designers drew inspiration iNew L4 (hello, Samsung Galaxy Note III!). The cover is made of plastic with the texture of leather and decorative stitching on the sides.

Made great cover – and in appearance, and tactile sensations better than Samsung Galaxy Note III. In general, the whole apparatus is assembled quality – no backlash and no creaks.

The function executes oleophobic coating glued to the display device “out of the box” protection film. 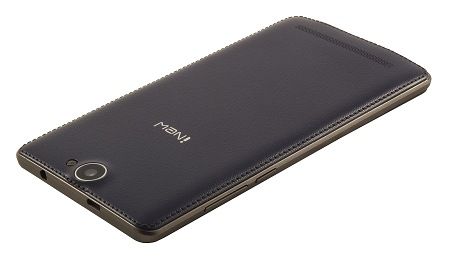 On the front side in the upper part are the earpiece, front camera, light sensor and proximity and LED indicator.

LED indicator lights red when charging and flashes red once every ~ 3 seconds when a new notification or when the battery is low. LED is small in size and is quite unfortunate, his glow from a distance of one meter is almost not visible. Features indicator settings provided by regular means.

Below the display is a block of three touch keys (left to right): “Menu”, “Home”, “Back”. Keys without light, so in low light are virtually invisible.

On the back side of the machine at the top of the eye is the main trinadtsatimegapikselnoy camera next to him – LED flash.

At the bottom of the back cover is a hole which hides the external speaker.

On the right side wall iNew L4 is a single volume rocker and power button / lock.

On the left side there is nothing.

Connector 3.5 mm MicroUSB-port is located on the upper end of the device.

The microphone is located on the bottom.

To remove the back cover, you need to hook it with a special recess.

Under the hood is a slot SIM and microSIM, as well as a slot for a memory card (MicroSD). The battery is not removable, the possibility of “hot” replacement SIM cards and memory cards there.

Excellent appearance and quality assembly – a big plus in the treasury iNew L4. The smartphone does not look or feel like something cheap, rather the contrary. Few spoils only the absence of illumination at the touch keys.

Applied technology OGS, air gap between the glass and the display is missing.

On the smartphone installed MiraVision, allowing the user to adjust the color settings according to personal preferences.

Set up can be almost anything – from the brightness and contrast to a level of image sharpness.

Qualitatively improve the color reproduction of the display with the help of the program does not work, but to twist the display output options to your taste is – you can get very nice looking results.

The amount of memory – 1024 MB. For everyday operation of the phone is enough, but when working with demanding applications will have difficulty.

After restarting the smartphone freely around 550-600 MB.

iNew L4 is controlled by the Android OS version 5.1.

The launcher is made in the style of firmware MIUI – no menu as such, just a few desktops, which are added and application icons. 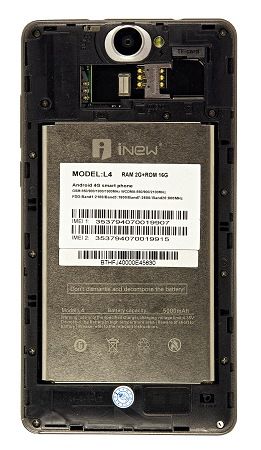 On the phone has several interesting programs. For example, the software allows you to configure Smart Wake response to gestures phone when the screen turns off. For example, twice knocked finger – the screen is on, drew the letter «V» – including video cameras, and so on.

There is a program for managing and startup applications.

At this point the instructions to obtain root rights specifically for iNew L4 does not exist, but you can try to use the general instructions for smartphones MT6735. Modified firmware, as well as custom “rekaveri” for iNew L4 yet.

Standard equalizer with a set of several presets, and the possibility of a small adjustment on the spot.

There is also a program for listening to FM-radio.

Operating range Radio FM: 87.0 – 108 MHz. The functionality of the program is standard: the station can be stored, you can switch the audio to an external speaker or recorded broadcast with FM-range.

FM-radio works only with a headset connected – it is used as an antenna.

The smartphone supports the installation of MicroSD memory card up to 32 GB inclusive.

Supports OTG (USB On-The-Go) is present, which is logical, because the bundle includes OTG cable.

By default, the device connects to the computer as a MTP device. Standard connectivity – USB 2.0. 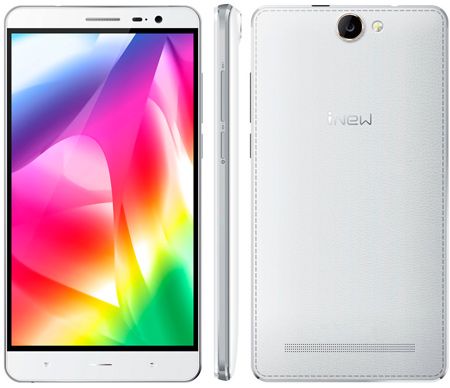 Working with SIM cards in iNew L4 implemented as usual mode Dual SIM Dual Standby: radio is one, two sim cards work at the same time – in the standby mode, when you call or data transmission on one of the SIM cards second is not available.

The smartphone supports Bluetooth v4.0 protocol and Wi-Fi IEEE 802.11 b / g / n. It is possible to use it as a modem (for connecting a USB or Bluetooth), and as an access point (Wi-Fi Hotspot).

Support technology NFC (Near Field Communication) no, instead – HotKnot, its Chinese counterpart.

Problems with GPS navigation in iNew L4 virtually none. Satellites he sees far not everything, but that sees very quickly connected. Signal steady.

In iNew L4 has a removable lithium-ion battery 5000 mAh.

This value is impressive, but we know the Chinese manufacturers like little (sometimes a lot) to embellish the characteristics of their vehicles, wishful thinking. And often it concerns the capacity of the battery. On paper stated some numbers, but in fact turn out completely different. Therefore, following the proverb “trust but verify” to begin testing.

And now – “field testing” (all tests were performed at 100% brightness, to enable the wireless interface and activate the synchronization).

In the “hard” mode of use (resource-intensive game) smartphone hour “lost” 14% of the charge. When you view streaming video from YouTube unit for the same time discharged by 13%. Well, an hour of web surfing “cost” of 7% charge.

This time the manufacturer has not exaggerated the battery – with autonomy from the gadget, things just fine. If you frequently use the unit may spend up to three days without recharging, and of very limited – to five. Down with the socket!

The camera interface – standard, as well as shooting modes: panorama, automatic scene detection, beautiful face. Customizing subject exposure level (-3 to +3) and color effects. ISO setting can not be. There are various modes of white balance settings. You can include stabilization when shooting video.

iNew L4 – very strong, “middling”, which will primarily be of interest to people using a smartphone is not for games. In it they will find, and great battery life, and high-quality assembly and interesting design, and a good camera – in short, everything you need.

But lovers of active play did not you recommend – for this purpose it is rather weak. However, it is, in fact, his only weak spot.