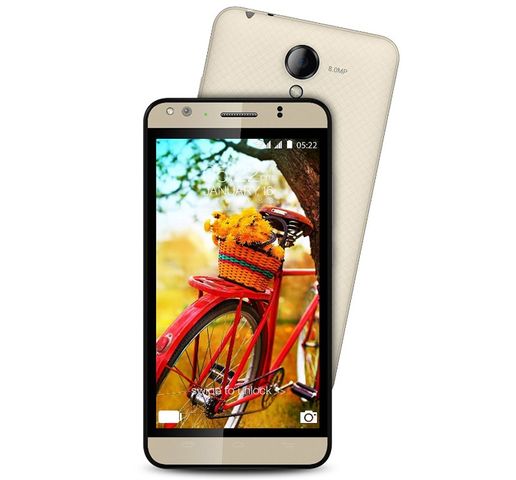 When a user is not very versed in the world of electronics, chooses a mobile phone, there are many contradictions. For example, why a smartphone from Samsung with the same feature set as the Chinese counterpart, worth 300-400 dollars more? The fact that well-known brands do cheat for its popularity – from Apple is 40% of the total cost of the smartphone. When the market goes gadget from a little-known Chinese company, no margins for the brand, and there can not be, because the manufacturer has not yet reached it. Smartphone Karbonn Titanium Mach Five, in spite of its productive filling, low price is for precisely this reason. If you do not want to give their money for something that costs $ 1,000, just for the brand, it is necessary to look at this device – it will satisfy you in all respects. Is that a design or logo may not be appropriate, but it’s a matter of taste.

The basis of the smartphone Karbonn Titanium Mach Five is the processor MediaTek, built on the four processing cores clocked at 1.7 GHz. This middle-class processor with a very high performance, which easily runs the casual gaming products such as all versions of applications and customers for social networks. Support processor performance is RAM 2 GB – it is more than enough to work with all functions of a smartphone. It is also worth noting that earlier, nearly a year ago, two gigabytes of RAM is installed only on the flagship, and now products such as the budget was prepared the same. Built-in memory for storage of personal content is 16 gigabytes, of which you will be available approximately 14.8 gigabytes. Lack of space for applications and movies can be solved by installing a memory card up to 32 GB inclusive.

While the manufacturer says only the gold version of the smartphone, but on the Internet insiders have spread white housing options. The front panel display is quite impressive frame black. It is quite strange to the modern world, but it’s budget-and not doroguschy flagship. Here is a decorative speaker grille, a set of sensors and front camera. The back side is made of matte plastic with a diamond texture. The side edges slightly rounded, it is possible to remove the socket and change it without a screwdriver. Karbonn Titanium Mach Five looks smart stylish, interesting, but cheap. 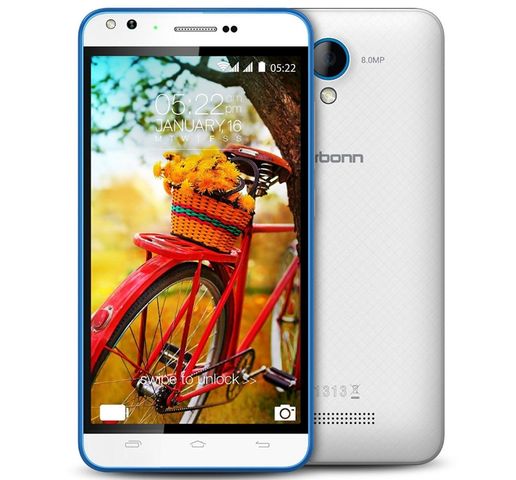 The great advantage of a smartphone is a display with a diagonal of 5 inches. Its resolution is 1280 by 720 pixels, the matrix is ​​based on IPS technology, have protection from scratches. The main camera is 8 megapixels is working with autofocus and LED flash, but the picture still is not very good quality. The front camera special quality is not pleased, but it’s there. Powered mobile phone rather weak 2200 mAh battery and a modern version of the operating system. There are no fingerprint reader or retinal scanner.

The manufacturer of Karbonn Titanium Mach Five really imagine a powerful device for entertainment and work tasks. You can easily start the game as a novelty, and sit in the calendar, organizer and email client. There is a large display with excellent resolution, allowing you to view photos and videos with the most positive emotions. The cost of the smartphone, thus, is only $ 95 – a budget-with very low availability. 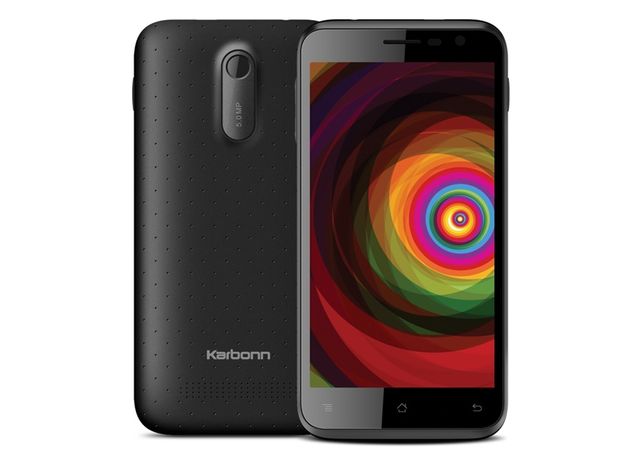