Review of LaCie 12big Thunderbolt 3. The drive for all 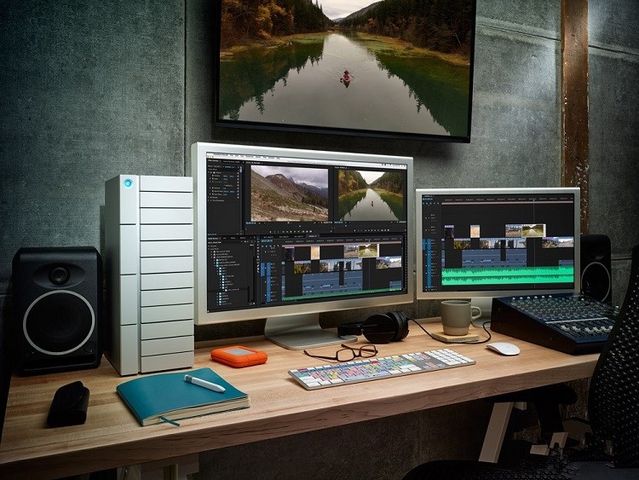 Modern technologies make us slow to move from gigabytes to terabytes. If you remember, ten years ago you bought the hard drives on the forty, eighty gigabytes and is considered the norm – there was no terabyte drives, but if there were, it stood as the floor of the apartment. However, then, and the maximum weight of the film was 1.4 gigabytes. To date movies in FullHD with a couple of tracks on your hard drive take up to 20 gigabytes of memory, and has a 4K content and 50 gigabytes. With that, it is quite logical, if you are very fond of some pictures and see them often, then upload them to the network constantly not the best solution. For these users, the repository was created LaCie 12big Thunderbolt 3, which is primarily designed for lovers to store a lot of content at home. Store, of course, you can not only movies, but also everything else, we just brought it as an example.

The manufacturer has not yet disclose the exact characteristics of the system on which the data will be stored, but it is not so important – there is some Intel Atom or even weaker. However, for data storage and transmission that is enough. Keep your content as you can on the 3.5-inch hard drives. The maximum amount of HDD storage, which recognizes the system is 8 terabytes drives and slots for 12 pieces. So you can set a maximum of 96 terabytes of memory here. For comparison – a torrent of medium size. The system LaCie 12big Thunderbolt 3 has a built-in RAID-controller, and you can configure storage at its own discretion. Of course, if you simply want a maximum data transfer rate, there is no need to configure anything, and if more is needed reliability – better choose RAID 5. For more information about how to read in storage system performance, and in a lot of information online. 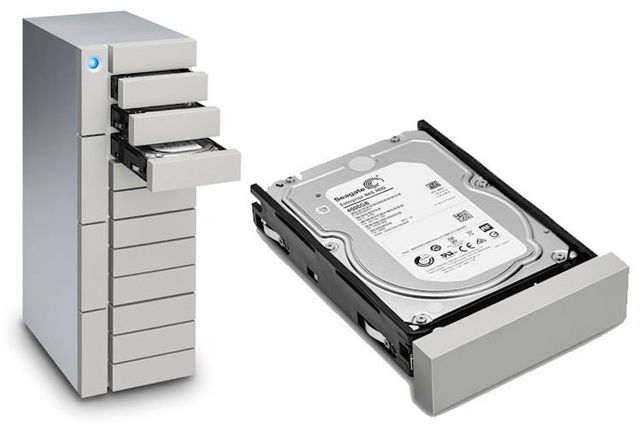 We decided to write about this device LaCie 12big Thunderbolt 3 because of the appearance, honestly tell you. The housing is constructed of plastic with a silver finish, which creates the effect of the metal. On the front panel there is an interesting division of the cell, the side faces completely smooth and covered with a matte material. On the front panel of the controls only the power button, which also glows blue. It looks very cool and expensive, so if you are worried about how the server will look in your interior, then this solution is ideally suited to almost any room. 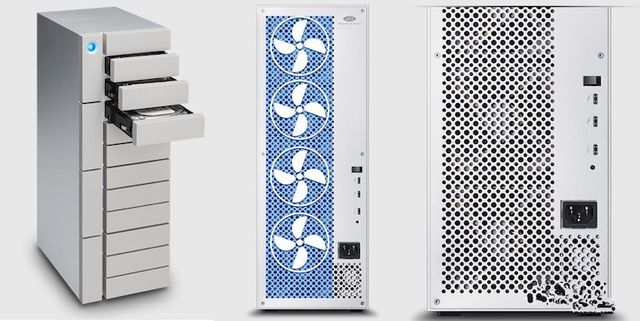 To begin with, that the manufacturer supplies the server with built-in drives of 96, 72 or 48 terabytes. Naturally, the more memory, the more expensive is the server, but there are some snags. Buying 48 terabytes, you do not get half filled with the server, where it is possible to add memory – just all the cells scored drives to 4 terabytes. By the way, is a manufacturer of hard disk drives Seagate and at the official request of these drives can be operated without interruption for more than five years. So often you data likely will not use, so do not worry. 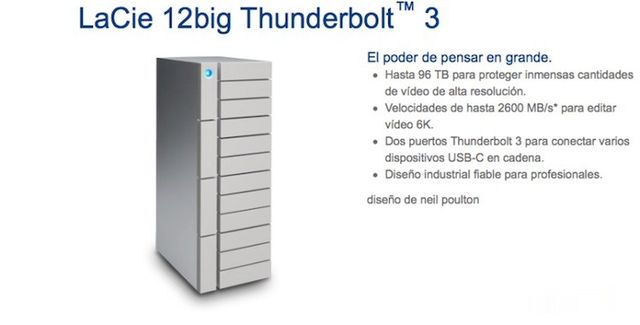 Manufacturer only announced its home station LaCie 12big Thunderbolt 3 to store the content, so the price tags and sales launch date yet. However, many users and even professional video editors are interested in this product. It’s all in the appearance and the opportunity to buy a ready and working Gadget. You will not need to buy separate drives, customize their work. Although, if you want, no one bothers you to buy a minimum configuration and then add memory, replace one drive to another.