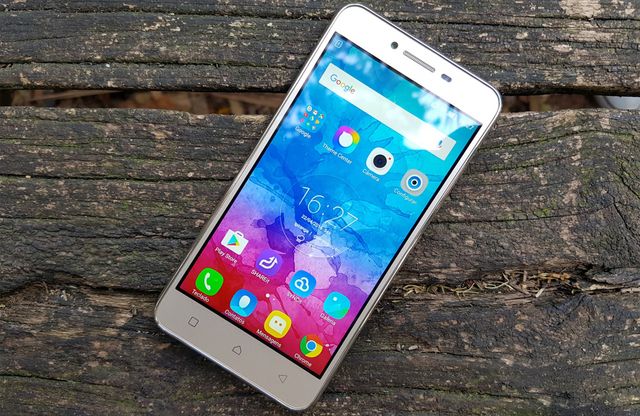 Lenovo Vibe K5 (A6020a40) and his older version of the K5 Plus were presented at the beginning of 2016. Both devices have an identical appearance, and minimal differences in the stuffing (the only difference is the processor and screen resolution). We consider it a younger model. The stores can be purchased for $ 180. This is the average price, and is accurate at the time of writing this review.

The smartphone has a sound direction thanks to good speakers and a special technology that improves the sound quality. At first glance, Lenovo Vibe K5 good balanced in all respects. It is necessary to look closer, and you realize that the smart phone “is not without sin.”

Technical part of the device corresponds to the average person segment, as of 2016.

In appearance of this device is not something remarkable, which is worth to mention separately. A typical design of most smart phones, as well as medium size (142 x 71 x 8.2 mm) and weight (142 g).

The body may have three colors: gray, silver, and gold.

The rear part of the lid consists of aluminum, and a small plastic inserts.

On the sides of the plastic, the front part is covered with glass. 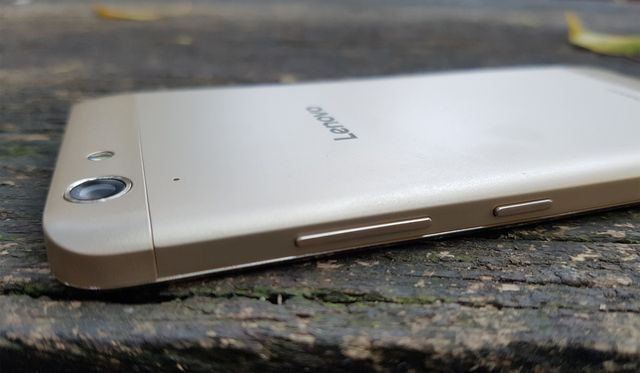 As the processor used by Qualcomm Snapdragon 415 MSM8929. It is an 8-core chip has 64-bit architecture with a processor core Cortex-A53, and a maximum frequency of 1.4 GHz. The integrated graphics chip – Adreno 405. The older model is set slightly more powerful Snapdragon 616, with a frequency of 1.5 GHz, and the same video chip.

For the average user is, who does not want to delve into the essence of the names of technologies and components, it is important to know some things. Snapdragon 415 – energy-efficient, and powerful enough processor that provides sufficient performance to deal with any day to day tasks. In games, reveals itself, too bad, for example, the Asphalt 8 is perfectly at medium graphics settings, World of Tanks is also quite playable at lower settings. With regard to the synthetic benchmark in AnTuTu smartphone hardware is gaining in the region of 31 thousand. Points.

As a result, from the processor expect better performance. For example, the same Asphalt 8 bit “choppy” at high graphics settings. In GTA San Andreas noticed lag on medium to high settings. As it turned out, the problem is in the flash memory: it is of poor quality, and thus have a low write speed (12MB / s). 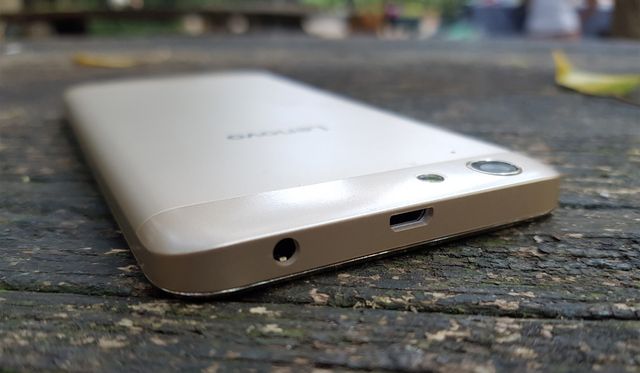 Shortage of memory Lenovo Vibe K5 not. RAM is 2 GB, thereby smartphone responds quickly to tasks and cope with while running multiple applications without any problems.

As for the built-in storage, its capacity is 16 GB. The user will be available approximately 11 GB, which is enough to install the necessary applications. As necessary, you can install an external format MicroSD up to 32GB storage capacity, and customize your smartphone so that games and applications installed directly on a USB flash drive.

For autonomous operation meets the battery capacity of 2750 mAh. It is removable, which for many users is an important factor. The charge for moderately active use should last for about a day and a half. That is, for the average user autonomy acceptable. In games and intensive loads the device, of course, it becomes shorter. With the included charger to 1.5A.

For photo and video shooting meets 13-megapixel module. There HDR mode, the ability to adjust ISO and shutter speed. Flash-color, automatic focus, and tapas on the screen. The camera itself can and good, but something have gone wrong Lenovo: whether with optimization screwed up, or even any trouble. The photos can be seen sometimes zamylennye areas, and at the slightest lack of light – a strong grain. Even the macro cell is given with difficulty, focus is often misses. By the way, these comments are relevant only for the younger version of Lenovo Vibe K5, not seen, although on paper the same camera in the older such problems.

Video is written in the resolution FullHD, 30 frames per second. During the day as normal, with a lack of light FPS sags badly, there is a terrible grainy. The front 5-megapixel camera is capable of delivering more or less tolerable selfie images, nothing more. For its video capabilities are more than enough.

The model Vibe K5 mounted 5-inch display with HD resolution (1280 x 720). In the older version of the K5 Plus resolution increased to 1920 x 1080 pixels. Nevertheless, even with HD resolution picture looks good, icons and fonts look smoother. The type of matrix – IPS, with large (up to 180 degree) viewing angle. The user receives a clear and sharp picture from almost any angle. Reserve brightness Mighty. Supports up to 5 simultaneous touches. Oleophobic layer is present on the glass, if we talk about its quality – could be better.

The model – dvuhsimochny, under the cover has slots for 2 MicroSIM. It works in standard 2G networks, 3G and 4G (LTE Cat 4). Traditionally, there is a Wi-Fi module, there is Bluetooth version 4.1. For navigation and geolocation responsible GPS module with A-GPS support and GLONASS. All network functions are working well, the connection is kept stable. 2.0 Micro USB connector, used for charging and data transfer, supports OTG. The technology is used to connect external USB devices – hard drives, flash drives, fans, and others. 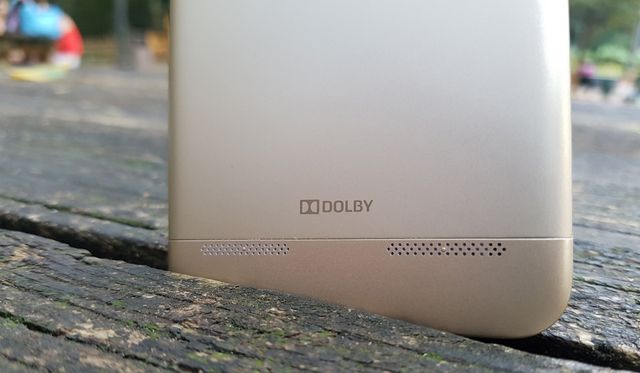 The model can boast the presence of two speakers, grilles are located on the rear of the chassis. In combination with the Dolby Atmos technology, which improves the sound, the user receives the device with a claim to the title of “music smartphone.” The volume of speakers can be considered high, the sound is clear enough, and even to some extent the volume. If you listen to the track through the good quality headphones, music lovers will be delighted. There is also a second speaker for noise reduction.

On the product marketed output moment it comes with Android 5.1.1 operating system. Lenovo has established over the system’s own skin, which changes many elements of the interface. In particular, there is no menu button, and all applications are located on your desktop. Firmware running quite smoothly and steadily, supported by OTA (wireless software update).

The special features of Lenovo Vibe K5 include the presence of two multimedia speakers, as well as good sound with Dolby Atmos technology. Also in the smartphone has a notification light indicator that informs the user of missed events.

Lenovo Vibe K5 can be recommended to users who love to listen to good music, those who need a good screen smartphone with two SIM cards, and support for 4G, as well as with a normal autonomy. Do not take pictures of fans and gamers.

According to the survey, the sound and dynamics – is the strongest side Lenovo Vibe K5. The screen also does not graze the rear. All would be nothing but a setup with flash memory is puzzling. As for the camera – for such costs could come up with something better. The same Meizu and Xiaomi smartphones that cost 50 dollars cheaper, establish where better camera. So this smartphone – either for the true fans of Lenovo and music lovers, or for those who are not important camera and gaming performance.