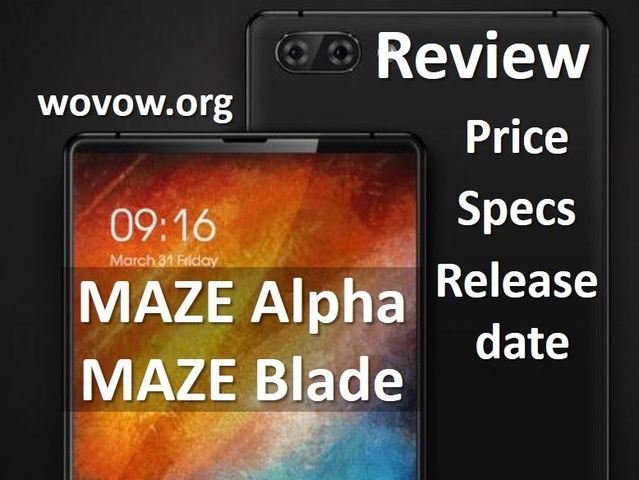 So, meet new company on smartphone market called MAZE. It is the startup YOP Communication Technology, which has two own factories in Shenzhen and Guizhou. In fact, it is a serious organization with about 180 office employees and about 650 workers in factories. Moreover, MAZE closely cooperates with such giants as Samsung, Sharp, Sony, Qualcomm, JDI, BYD, OmniVision, MediaTek, etc. 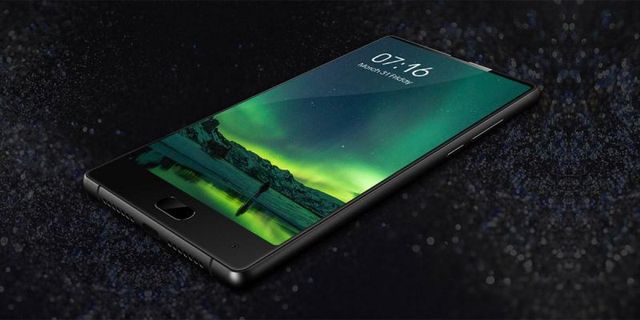 MAZE Alpha is the flagship smartphone of the new manufacturer from China. The popularity of Xiaomi Mi Mix attracts the attention of other brands. MAZE Alpha is a budget version of the frameless smartphone from Xiaomi.

Like Xiaomi Mi Mix, new device MAZE Alpha has almost no frames on three sides. The thick bottom frame holds the front camera module and Home button. The camera is located on the right, which is not very convenient for most people.

As for the screen, here it is quite a standard aspect ratio of 16:9.  MAZE Alpha can not boast of ultra-high resolution, so Full HD is quite enough for a diagonal of 6 inches. Since the smartphone is the flagship of the company, it features 2.5D glass Gorilla Glass 4. In addition, MAZE Alpha is made of glass and metal, and there is no ceramic version. I was glad that the smartphone is equipped with Micro-USB. 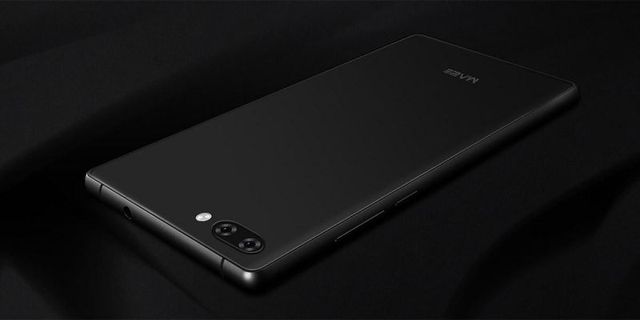 MAZE Alpha differs from Xiaomi Mi Mix with camera, since it is dual camera. The main photomodule consists of two modules with a resolution of 13 MP for color and 5 MP for a black and white sensor. Samsung’s camera module – S5K3L8 (the same is used in mid-ranger Redmi 4 Pro and many others), and the aperture of the lens is not very impressive – just f/2.2.

As for the processor, the smartphone works on Mediatek Helio P25. It is new chipset that is based on a modern process technology of 16 nm and includes as many as eight energy efficient Cortex-A53 cores with a maximum clock speed of 2.5 GHz.

As for graphics accelerator, Mali-T880 MP2 is used with a frequency of up to 900 MHz.  Helio P25 processor supports the standard high-speed LPDDR4X memory, so MAZE Alpha has from 4 GB to 6 GB RAM.

To summarize, we can say that MAZE Alpha is not designed for hard gaming, but you can play on the smartphone without problems.

Finally, the battery life is at a good level, since MAZE Alpha has a large 4000 mAh battery. At normal use you can expect for 1.5-2 days. Also there is a fast charge with parameters of a current 9В and 2А. 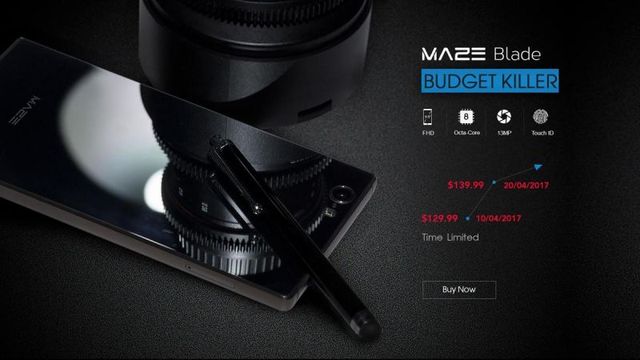 If MAZE Alpha is a flagship smartphone, then MAZE Blade is budget device with price tag about $115. What can you get for this money? Firstly, I would like to note that MAZE Blade has a combination of metal and glass, while it looks like very attractive. The fingerprint reader is located on the front panel under the Home button.

You should not expect stars from the sky, if we talk about processor and performance of budget smartppphone. However, MAZE Blade works stable and without any hangs. It has Mediatek MT6753 chipset with eight the Cortex-A53 cores with a clock speed of up to 1300 MHz. The graphics accelerator is Mali-T720 MP4. Also new smartphone comes with 3 GB of RAM LPDDR3.

Although the performance of MAZE Blade is a regular budget, its cameras are still strong enough for such a category of devices. As the main photomodule uses a sensor Sony IMX214 with 13 MP and aperture lens f/2.0. The front camera is represented by 8 megapixel sensor Sony IMX179. The angle of view of front camera is quite wide (84 degrees), and the aperture of f/2.0. Given the price tag of the smartphone, you can safely say that it is a good camera phone in its segment, because the competitors of MAZE Blade are often satisfied with the sensors from Omnivision or Samsung.

The display is also a strong point of the smartphone. It is 5.5-inch screen with a resolution of 1080p, which gives a high pixel density of 401 ppi. The manufacturer did not fail with internal memory, since the minimum ROM size is 32 GB and it can reach 64 GB. Also you can use microSD card.

MAZE Blade is equipped with standard battery with capacity of 3000 mAh. This is a guaranteed one full working day, although you can try to charge the smartphone once a half, or even two days.

In general, the smartphone is really worth its money, especially when GearBest offers great discount on it. 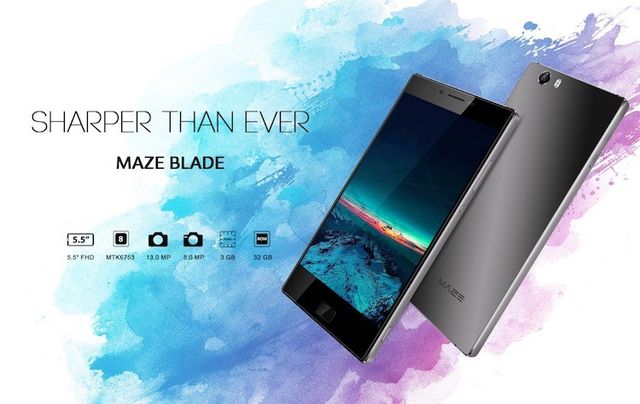 Review MAZE Blade: IT WILL DEFINITELY SURPRISE YOU