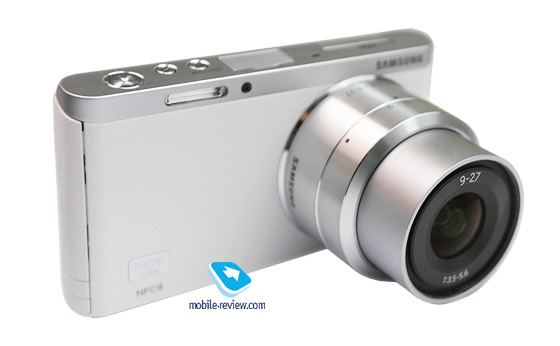 In Samsung believe that the company should win the market cameras, it was under such slogans few years ago began expanding lineup.

Make no sense in this failed, the company has followed the same course as in other segments, gradually increasing the functionality of cameras, offering decent NX mount lenses for little money – they are the best in terms of price / quality. But at the same Samsung greatly underestimated the impact on the perception of the brand cameras – to convince fans of Canon or Nikon to try something else extremely difficult. When you are using the technique for years a certain brand, overgrown lens, then switch to a different photo equipment is almost impossible, it should be clearly emotional decision. And considering that make the picture quality better than the giants of the photographic industry, did not go, did not arise in general and active development in this direction within the Samsung. Perhaps, the second problem is the cost of such devices from Samsung – they are very, very expensive from the competition. That is, there is no discount on that Samsung is not well known in the art semi-segment, the company felt that the fame of its other products all speak for themselves. And wrong. 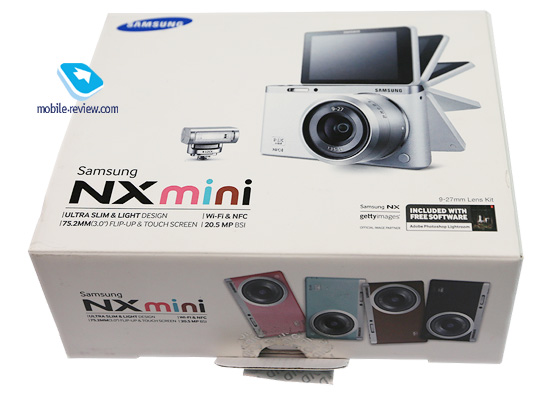 In general, good camera, for example, NX30 or last year’s NX300, quite good for shooting and cover the needs of many amateur photographers, including advanced. But at the start of these cameras are obscenely expensive that scares off potential buyers.

In the past, Samsung cameras stormed the market at the expense of digital cameras with the lowest cost, in 2014 he decided to repeat this trick on a new technological coil. In particular, creating a new line of NX Mini, as well as bayonet NX-M. This redefinition of what may be an amateur camera in the coming years – shooting mainly on the technique of “point and shoot”, the minimum size for a long time on a single charge. Ideas are correct, but they did not work in other models, all the more surprising to see that happen with NX Mini. I had a prejudice against this machine, I use it immediately after NX30 and expected that the price / quality it would be far from optimal. Moreover, he would lose many analogies with the same matrix. How come, in fact, read below, I will not reveal the secret.

For whom NX Mini? Definitely not for those who are able to photograph and makes it constantly requires the maximum number of settings on the camera. Ergonomics of the decision so people do not like it. As a second camera is fine – here comes to the fore its compactness. What else can I say? For fans who do not want to think too much, how to get a good shot, this camera allows us to achieve good quality with minimal effort and without taking up much space in your pocket or bag. Compactness comes to the fore.

Marketing story about what can be put with adapters mount lenses NX, let it remain beautiful fairy tale. No sense in this – the crop factor in this case is a three-time, and 1-inch matrix it will lead to very strange results, they will not fit you exactly. Moreover, I believe that we should focus on the fact that this camera is purchased with a single lens and a new you will not buy more. Need for this target audience is not exactly there. Here is a controversial decision, which, nevertheless, has the right to life. Let’s see why this is so.

All classic-style latest generation of devices – plastic under the skin, different colors to suit all tastes.

In my opinion, plastic made here as a very inexpensive impression is enhanced when you take the camera in hand. But you get used to it quickly.More frustrating is that the cap covering the connectors permanently departs visible gap. This is perhaps the most serious flaw in the design, carelessness, which catches the eye.

Of the minuses is worth noting that the flash is necessary to wind the connector on the top at the moment, when you are going to use it. In most cases, this will not happen while wearing the flash on the device constantly, frankly, embarrassing. Hence the conclusion – well, that it is complete.Remain content with built-in flash, which is pretty weak, but for domestic purposes is fine. 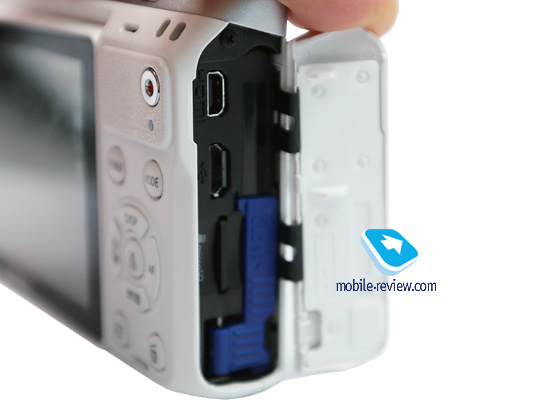 The camera weighs 196 grams, which is a bit in your pocket you do not feel it. Size – 110.4h61.9h22.5 mm – very small camera. But the small size is always an inconvenience turns to drive, for example, one of the best compact cameras Sony RX100 in all three versions are extremely uncomfortable to get used to it. To NX Mini will also have to get used to – the buttons are small, congested elements.

Standard lens 9-27 mm, weight increase by 73 grams, size slightly increase. By the way, the size of conventional NX-lenses – it is also a minus for the camera, it will look awkward with them, not to mention the fact that they are almost completely useless. Marketing does not get tired of repeating it.

On the right side for a flip curtain hiding connectors: microUSB (USB version 2), HDMI, and a slot for microSD (this is another proof that the camera is positioned for the mass market). At the top end you’ll find the shutter button, the shortcut key Wi-Fi, as well as key.

You can use the device with a tripod socket, you guessed it, on the bottom. Display in this three-inch machine, he reclines 180 degrees, so you can take photos of a loved one. Small screen resolution – 320×480 pixels, the sun fades it strongly, but still can see the picture. Touch screen that allows you to quickly change settings and shooting modes, it’s a plus. But the display – it is a very weak point of the machine, so if you are used to seeing that photograph, then this model will not work – again, may be useful only as a secondary device.

Lens has no motor, therefore lead to a working state it must be hands (for fixing a 9 mm it is irrelevant). Sometimes electronics do not understand that the lens in position, then have to turn off and turn on the machine again, after turning the lens until it stops.

Specifications and ergonomics of the camera

During continuous shooting, the camera can capture up to 6 frames per second, 30 frames may be claimed at a resolution of 5 megapixels. Obvious disadvantages of this white balance adjustment, exposure compensation, change ISO. In all cases, you have to climb deep into the menu while shooting uncomfortable. With this camera will suffer. Autofocus works moderately, in macro mode (camera automatically determines it) often focusing occurs in the background, rather than on what you’re shooting. In static scenes autofocus can also miss, and contrast it is not always correct.

The logic of the camera is not always clear, for example, why in Auto mode is not possible to select the RAW file format to save your images? JPEG only and no other options.

Their three presented for NX-M lenses built stabilizer has only one – 9-27 mm. In my opinion, we should fix his attention on such a variant of delivery. It is most versatile.

Without getting into details, I will repeat my thought – this camera is quite good for the option when you remove it and take pictures, not zamorachivayas additional settings. That is, it can be a second chamber or main dish soap for those who are not experimenting with photographic equipment, takes a single click. 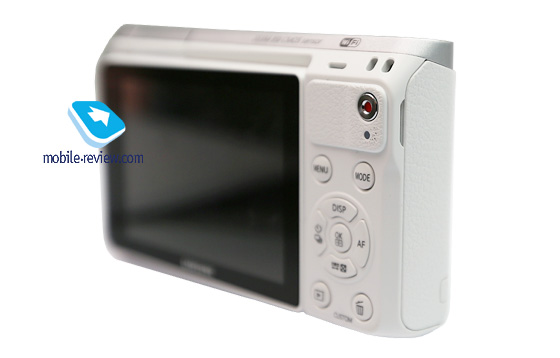 From what you expect in the camera from Samsung, has everything, and even a little more. The device has built-in NFC, and Wi-Fi. In one touch you can transfer pictures from the camera to your smartphone or tablet, it’s convenient. On the other hand, today this no surprise – but still, it is implemented in NX Mini comfortable and well. For example, you can immediately send their photos to Dropbox, and more can be configured to send photos back when connected to your home Wi-Fi-network. There is support and other services.

Built-in photo editor in handy a few, as well as sending photos to social networks, for example, Facebook. Still, you’ll probably do it from your smartphone / tablet, where such programs are more convenient. But the opportunity is provided. 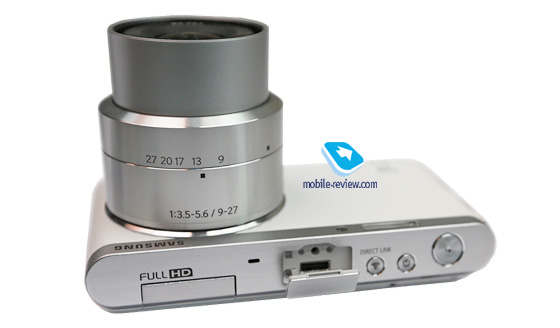 I very strongly complained that many shots on a single charge issue such as camera NX30/NX300 – they are clearly inferior to all competitors. In NX Mini everything is exactly the opposite, battery Li-Ion 2330 mAh, claimed the number of shots – 530 (procedure CIPA). In my case, this week it was about 300 photos and about half of the battery. A full battery – about 2 hours.

The quality of images – video samples

Below is the pictures that were obtained on NX Mini, as the camera acts as an amateur soap dish, then try it in different modes did not see any sense. Look at photos and videos – it is, by the way, can be written in FullHD, with up to 30 frames per second. 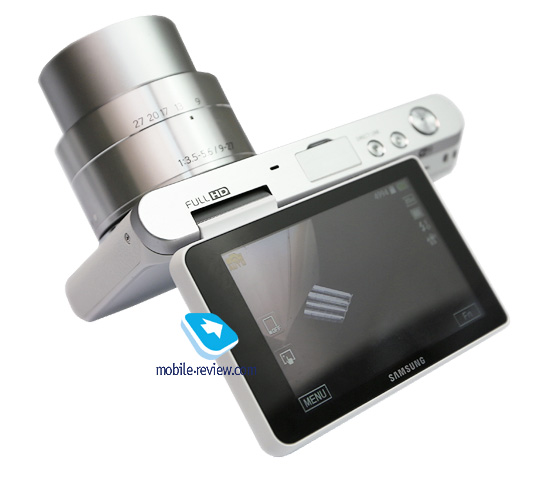 Let’s start with strengths – a compact camera, great realization NFC / Wi-Fi, a pleasant picture quality (average, but this much is enough), elegant time on a single charge. Of the drawbacks of a small note display that gives not very beautiful picture, the sun it fades badly. Availability of interchangeable lenses – it is not a necessity, but rather a thing that potential buyers are not interested in such a camera. This is quite a different target audience, and there should not have been wise.

Given the competition, which was developed in the market, imagine that someone would choose NX Mini, rather than competing solutions, is extremely difficult. Let’s look at Sony RX100M2, this camera has the same matrix, but much easier to manage due to the greater similarity with the digital camera, gives a much better picture. But it is worth about 27 000 and does not have interchangeable lenses (26-100 mm is sufficient). 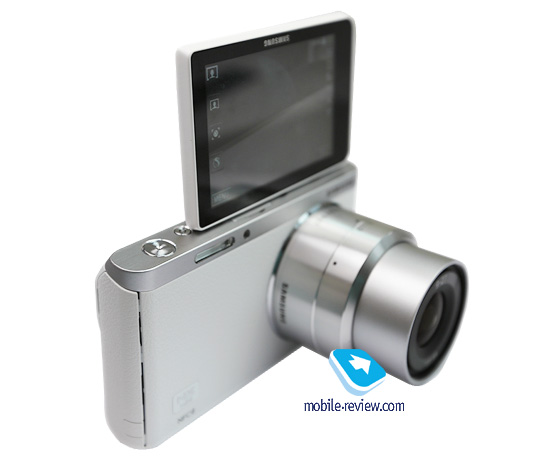 We can recall such a camera like the Nikon 1 J3, it looks comparable to NX Mini – not as compact, but with the same matrix, while the image quality slightly higher.

One can cite many other examples of the same cameras Sony. But this is unnecessary as the NX Mini loses them all basically – Samsung Camera unknown to the mass consumer market and, ceteris paribus buyers will still choose devices from other companies, and it is impossible to change. At a cost of 14,990 rubles (NX Mini 9 mm lens, f3.5) is not bargain for most, with 9-26 mm lens for 17 990 rubles – exactly the same situation. This unit will only fit in one case – need a minimum footprint, do not need the picture quality is above average and manual settings. For those who want the camera in the style of “point and shoot”, this solution can be obtained much more expensive than conventional cameras. Maybe if Samsung will make a great effort, the NX Mini lineup will be at least a little popular in the future. In the distant future. But so far only prerequisites to this product and remains a niche, highly overrated by the manufacturer. After receiving a camera as a gift, you will be happy, especially if you do not compare it with others. But buying for your money, you really lose much – better to look for products from other manufacturers, which are more fully meet your objectives.