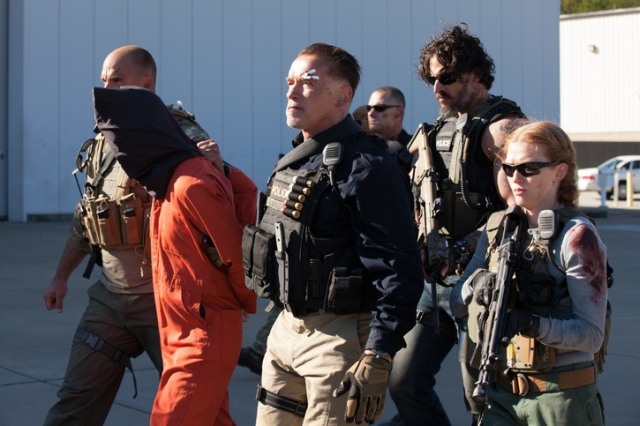 Hard to say what they wanted to say the filmmakers Sabotage («Sabotage” in domestic box office). This is by no means a thriller in the spirit of the old school – here are a few skirmishes.This is not a detective thriller – the story devoid of adequacy. This hodgepodge of guts and humor sortirnogo just rolls forward until abuts the final credits.
Elite fighters squad Narcotics headed by John “Bricherom” Wharton (played by “Iron” Arnold Schwarzenegger) during the storming of the mansion Mexican drug cartel decided to earn some money. They found a whole pile of dollars and hid small part of it in a safe place. However, someone discovered a cache and stole money, and even the authorities became aware of the incident. Six months later, the case was closed, and the team returned to duty. But then someone began methodically killing heroes. Good basis for an action movie about the “tough guys”, so even with the intrigue. Unfortunately, almost from the first frame story flies derailed.
Authors either overdone caricature of wanting to show the key characters, or completely forgotten about this component as “characters of the individual.” Heroes appear a bunch of degenerates. They are non-stop insulting each other and release level of low-grade stuff bawdy comedy (Puritan Russian translation it looks especially ridiculous). In between these classes commandos fall into hysterics and arrange drunken fights. Relatively sane Bricher on their background looks like a black sheep, but does not save the situation APB. 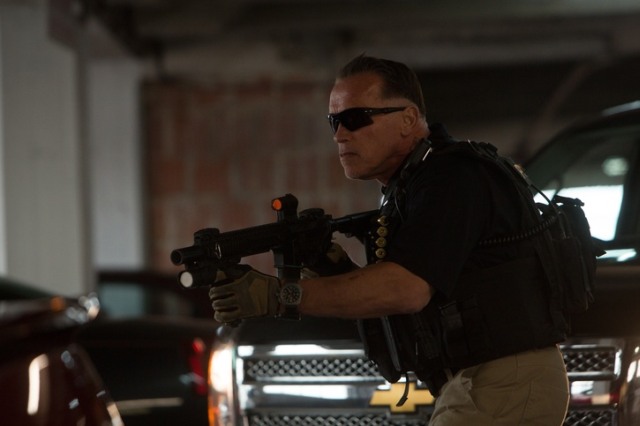 History is not in a hurry to move forward and pours sewage flows at the viewer, in the sense of dialogue. Before the first murder takes a lot of time. But the situation is not corrected then. Police had been investigating the death of agents – the second sane party representation. But her partner is another lover of jokes aimed at horny teenagers.
The plot switches to detective and even showing signs of recovery, where it is known Brichera difficult past. Epileptic companions briefly go by the wayside, and John with Lady Cop takes on the case.However, these outbreaks are transient and lost a total nonsense.
History teems with goofy moments. How the heck out of the woodwork jumps romantic line and just as suddenly dropped. Some scenes do not carry any meaning, do not develop the plot and obviously designed to stall for time. Other approaches, including motifs hunter commandos cast doubt on mental abilities writers. Well you can not face serious issue such nonsense!
Fighting scenes a bit, so talk about them as a lifeline is not necessary. Most of the battle is walking in single file through the rooms with slow-witted thugs shooting or firing at dummies. Only chase ruined “realistic” camera, which causes motion sickness continuous shaking. 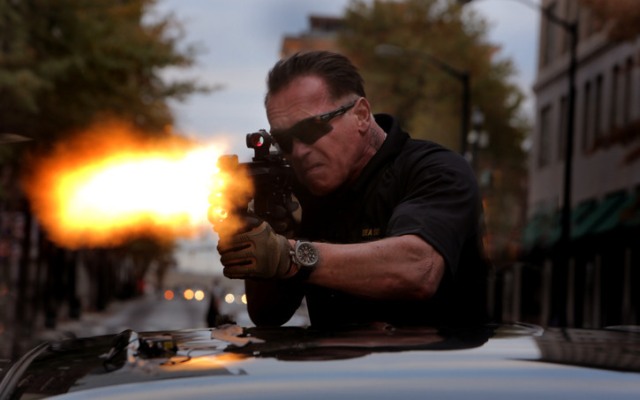 And the creators are constantly reminded that “Sabotage” – brutal film. Blood flows in three streams where necessary and where it is not necessary. Operator relishes mutilated corpses with guts and released the remains of bodies. Finally, the viewer is literally poking his nose into the contents of the toilet bowl

“Sabotage” could be a good movie about revenge, tense thriller and a good fighter in the style of the 90s. Alas, none of the promising ideas did not develop. But the film is overloaded wretched dialogue, bawdy jokes, disgusting gunfights and heroes cretins. The plot seemed hastily glued of the most stupid ideas that came to mind to reviewers. Often unjustified cruelty finally puts the tape on the bottom of the cinema.
Tags: heroesMovieReviewSabotagethriller