Review of the film “The Boxtrolls” 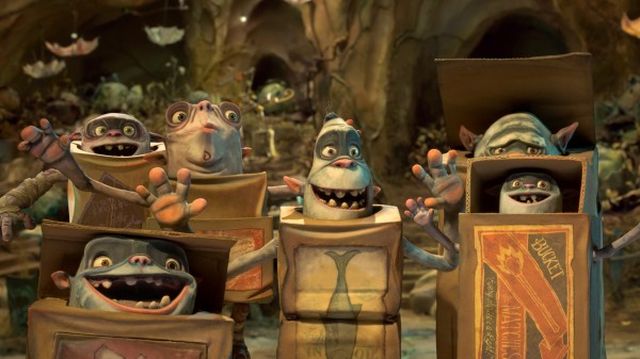 In the underground city obsessed with dairy products Syrburg live little trolls, who are called “The Boxtrolls” for what they are instead of clothes worn cardboard boxes to hide them in case of danger.Charming, cowardly and harmless, but they are considered Syrburge bloodthirsty monsters, and urban fighter monsters Archibald Hvatson inflates prejudices in the hope that, when he finished with the trolls, the grateful people make it an aristocrat with the right to wear the luxurious white cylinder and tasting the rarest cheeses . The latter is true for Hvatsona like death, because he has a terrible allergy to cheese. But the ambitions of stagnation villain eyes, and one by one he catches korobyak, until help comes their monsters pupil – who grew up in the dungeon 10-year-old orphan Eggz, who does not even know that he is a man and not a troll. 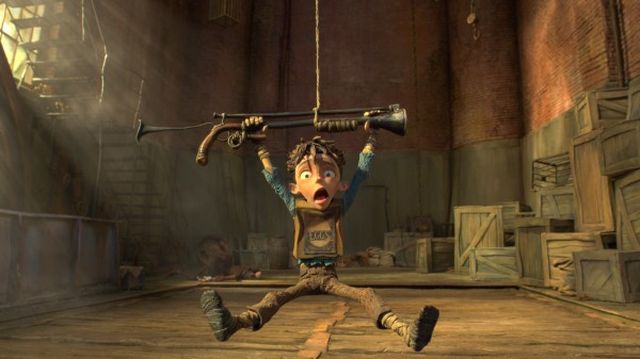 American animation studio Laika is very different from its competitors. While Pixar, DreamWorks and their ilk create computer graphics and use bright, “candy” color, animators Laika pore over gothic, dark and bizarre puppet animation, where no one is surprised little girl enthusiastically talks about the rivers of blood, or a little boy who sees the ghost of the dead everywhere.

To decorate the scenery of the film has been used 55 sham varieties of cheese, carefully copied from the real cheese heads

The new, third in a row after the creation of Laika “Coraline” and  “ParaNormana”- is its most ambitious and technically honed blade, and if you like a puppet animation, you can already stop reading your review and run for the tickets, because nothing better in this style you will not see until the next painting studio. But if they have “little family of monsters” other advantages, in addition to unique, awesome work with puppets, leaving far behind all sorts of “Nightmare Before Christmas”? 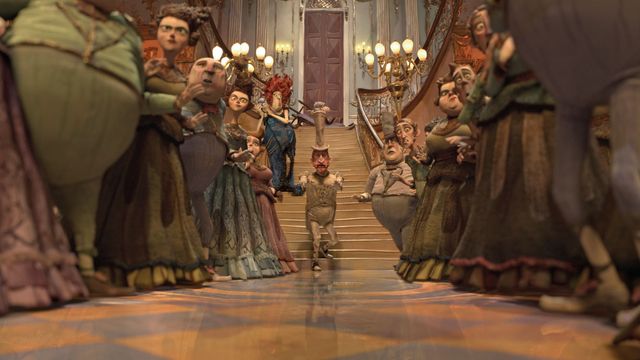 Persons dolls collected from parts printed on the 3D-printer, and it gave the animators a quick access to the beyond the number of options facial expressions. At the main character, for example, was 1.4 million potential facial expressions!

Of course there is! First of all, “The Boxtrolls” – a celebration not only for outdoor enthusiasts puppet animation, but also on the street steampunk fans. If the picture smelled, it would not have exuded the smell of cheese, and the smell of style – the film is literally saturated comical imitation of Victorian England, complete with intricate mechanisms and devices (in my spare time tinkering korobyaki sundries of matched during night raids of human waste). That there is a steam megarobot that at the culmination of nearly carries Syrburg! And what in the movie puppet costumes, what scenery which city streets and squares … Mm-m, lepota!

And good character design, edit the top blunder “ParaNormana.” The previous tape Laika went too far with artistic ugliness, and some relatively positive characters “ParaNormana” it was impossible to watch without a shudder, even though they were not a zombie, and ordinary people. In the “little family of monsters” as ugly only villains (especially Hvatson) and Eggz, his girlfriend Winnie and other positive characters are attractive enough to want to put their figures on the shelf and look at them every day. 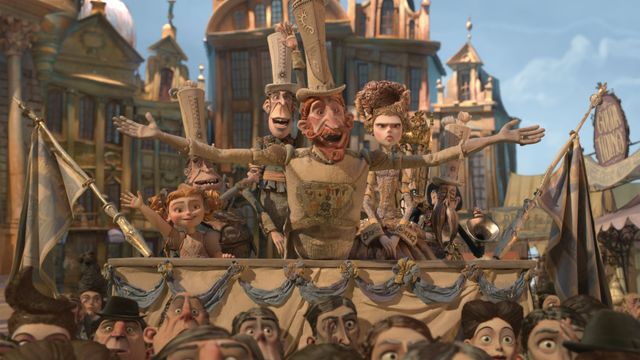 Finally, the plot develops exciting tape and without delay, and it combines adventure, jokes, experiences and unexpected scenario turns. At least by the standards of children’s animation. In addition, the “The Boxtrolls” one of the goodies do not rip the book out of the hands of the dead and does nothing, then it is not necessary to show young children (yes, this is again an allusion to the “ParaNormana”). 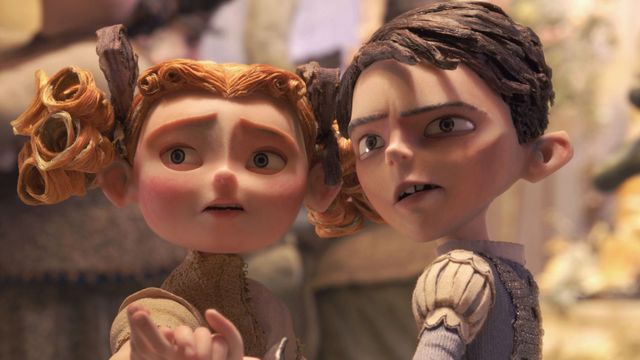 Yet to call “The Boxtrolls” “masterpiece” language does not turn. Because, for all the sharpness of its animation, design and script, the picture does not possess the subtlety and sincerity final “ParaNormana” and some scenes “Coraline.” Of course, this is a blockbuster, not art house, but we know that the best American cartoons can be combined with one another and at the same time to create such ambitious, exciting and touching tapes as ” Finding Nemo “and” How to Train Your Dragon . ” “The Boxtrolls” to this level does not hold. But it deserves viewers’ attention and respect, and the way it is.