Review of the movie “Let’s Be Cops” 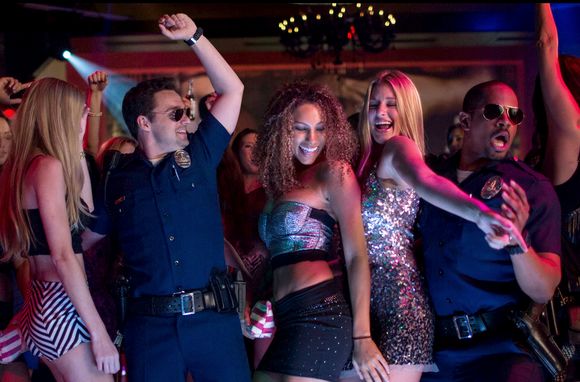 Ryan ( Jake Johnson ) and Justin ( Damon Wayans, Jr.. ) – best friends, who came many years ago in Los Angeles in pursuit of a bird of good luck. But now they have thirty, and they still did not have – video game designer Justin still wants to sell its first creation, and Ryan all unemployed. Once they get their hands on a police form in which shortstop sent to a fancy dress party, and at its end it turns out that the form of giving them something that they do not get in your everyday life – respect and power. After this evening friends come in and taste gradually “flirt”, getting into a showdown with nuts mafia ( James D’Arcy ).

During the session, “Let’s Be Cops” against the wishes covers a warm wave of nostalgia for the post-perestroika videobumu – a three-hour video cassettes on which the second film is often recorded here are unpretentious comedy thriller. For example, ” Money, money, more money , “one of the main roles in which played Marlon Wayans , ” Dirty bastard Sheym “with Keenan Ivory Wayans and ” Bulletproof “with Adam Sandler and another Wayans, Damon . Since then much water has flowed under the bridge, but it is encouraging to see that some things never change – “Let’s Be Cops” look as if were filmed in the early 90s, and even Damon Wayans in place, however, already a junior. 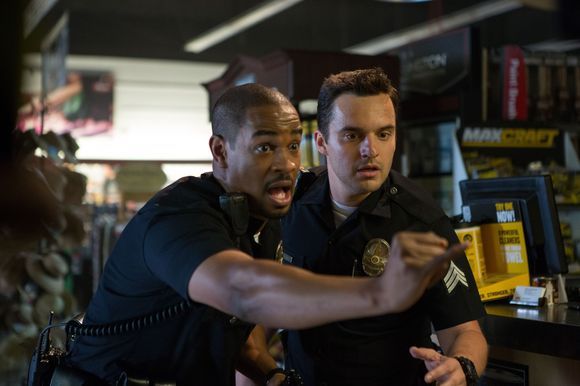 Stereotyped old school “Let’s Be Cops” – their main problem and the main advantage. The film is predictable from the first to the last frame, all its plot twists are reviewed at the stage of reading the synopsis, as well as ingenuous morality: see eye difficulties, do not turn away from evil and injustice, never give up, answer for their actions and cross the street only green light. And yes, the main characters have to be with a different skin color, otherwise it will not work.

Sounds dull? There is. But “Let’s Be Cops” are not limited to the bare plot – as the best action comedy turn 80-90, they are imbued with a certain endearing spontaneity. The scenario is not because “and so will do”, but because the authors genuinely believe that it is such and such films should be – easy, uncomplicated, recognizable, with a distinct moral and plenty of room for improvisation. Newest actors enjoy a large and obvious pleasure – the leading duo was vivid and organic, and James D’Arcy was a “rip” in the image of frostbitten bandyugan. Even the most crumpled and secondary stage actors get through a position quite digestible. 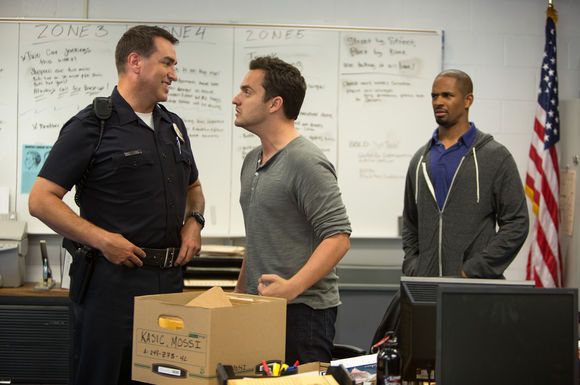 On the other hand, of course, necessary to stress once again that this is not a masterpiece, even by the standards of the genre. Box-office success “Let’s Be Cops” has more to do with the classic bezrybe in the western box so suddenly awakened viewing nostalgia, rather than with any objective qualities of the film – as has been said above, at the time this movie shot in batches, and shot very well. And this is not the level of ” The Last Boy Scout “or” Naprolom “, but rather their clones -” Downtown “or” In the center of the sun. ” Did not remember those movies? That’s it.