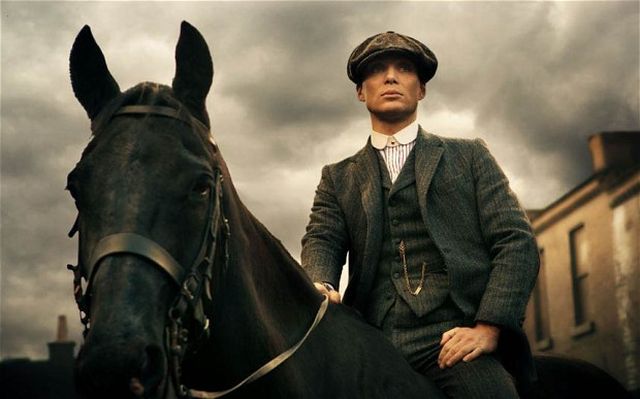 In the Birmingham of 1919, the ashes of a war that marked the birth of new forms of social survival, in the rules of the new formations criminals, violence takes on aspects of a costume that will envelop the entire city. The fascination of the gang take on a new face of total absorption for the deprived classes, until the building of power in the leadership of the Shelby family. Production Design by wet between the creeks of the charming alleys of an England-violent, secret, coded, open space for the historical epic clash between the restoration of legality, its compromises, its unpublished internal laws, sentimental developments within its protagonists.

“In the bleak midwinter” 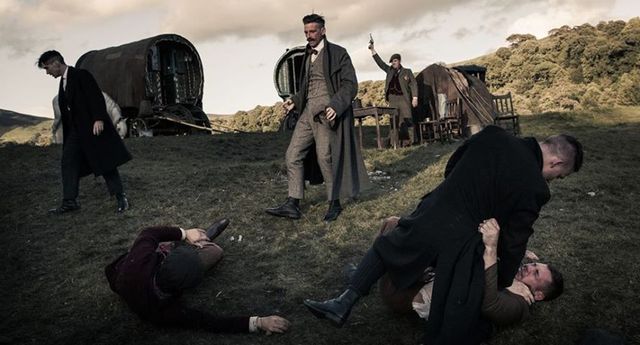 Birmingham, the year 1919: The historical context opens the chasms between human and experiential its protagonists, at the end of World War I, including the after-effects of a social revolution that would mark the demarcation cultural and existential characteristics endemic and identity, in suburbs of large and small cities in the UK, penetrated into independent parallel forms of a ransom without laws, limited to creeping slums in the game outside of its control predators circumstantial. The isolation of the suburbs, in the stones jutting out of its buildings tissues in the poverty of his protests latent, dormant in the game of a corrupt constitution, promulgated by the illegal activities, out of control, dominated by its leaders stylish, humble soul areas of the districts, including the nervous steps along the dusty streets wet with rain, and the leaden atmosphere of its borders impassable. Since 1870 the theater geographical gangs emerging in overcrowded urban layers dehumanized and abandoned to every indigent condition, introduces an unstoppable process of crime unchallenged, exercising desperate forms of fascination and attraction for many, animating fights, violence, self-referential, aimed at a conquest territorial constituencies in the districts of autonomy for the gang without hierarchies, members of the trust for egalitarian groups. The best known of these groups historically, was The sloggers or Cheapside Slogging Gang, whose leader bore the name of John Adrian, and his assistant James Grinrod, promoting their reign of terror in 1870. A metal buckle their seat belts , was adopted almost as an armory form of expression of their violence, taken in a particular manner and identification against their victims. Historians sloggers included the Simpson brothers Aston and George “Cloggy” Williams, whose reputation grew quickly after the assassination of George Snipe PC in 1897. Formation of Peaky Blinders determined his identity in temibilità real essence of his name. The historical characters are portrayed in this fine series, in their stylish outfits tweed, pinning the front edge of their newsy cap the razor blade, the tool that knocks their victims in temporary blindness, becomes the emblematic signature of the Shelby family.

The UK series produced by the BBC, broadcast on BBC 2 in these days, not yet arrived in Italy, is the co-scriptwriter Steven Knight (Amazing Grace, Hummingbird, Locke , etc.) under the direction of Otto Bathurst for the first three episodes , and Tom Harper for the last three in the series. The narrative filmmaking opens like a fairy tale amoral, psychologically based on the contrast of the characters and atmospheric elements that tend to the unveiling of the figures. The characters are often seen in paintings by the external host environments, through the grates of a gate, through the openings of a room, through a door, flying over the perimeters of the walls and their subjects during the conversations. The director builds two actions in the scene, those of the characters portrayed and the parallel sentiment that animates them, the spectrum of their encounters hidden, controlled, an escape from the sight and testimony for their actions materializes in the eye of the camera that follows them for various angles, for safety distances, within the spirit observant of their own emotions. The shots are then shrink in an introspective, along the physical details of the subjects in a poetic passage in soft focus to a focus on vivid, close-up, while the subjects are immersed in the movement of natural light, wrap, up to capture the dance of motes that are lost in the air, nell’egregia director of photography George Steel. Everything in the brutality of the fighting, it seems filtered by the frosted glass of a pub shrouded in the smoke of his motives, glassy in the voids of his brandy, in the colors of his colorostiche Rum, between autumn decorations of paper wall decorations, in the torpor of the illuminating candles at night, when the memories of war by Thomas Shelby ( Cillian Murphy ) fold in the cavity of the darkness of his experiences in battle. War that unites body and spirit of a memory inalienable sequences swift and sharp in his nightly dreams, visions embedded in the iris or vitreous in the glow of his blue eyes, as a theater of shadows, behind words and actions prompting the pain experience . A process of emergence of memories built for mental association, redraws the map of the existential hero. The temporal transitions are marked with strong visual and auditory associations, the focus of a light of a lamp, the focus semantics of a word, clearly emphasized the involvement of the viewer in the question of their meaning, not as a way to make a dynamic huge plot, but a game of plans that creates the sense of the work itself. The recall of their past rending is the reappropriation forced against the expropriation of the present, an act of desperate and extreme resistance to an unexpected liberation of the soul. A perimeter of pain heals embroidery of his dark clothing, dark adhering to its meeting places, streets paved by the calls noir in the perishability of the dark tones of the urban suburbs, towns in the mists; the words of Thomas Shelby, in its astringent communication, distrustful, and codified in the song finds timid attention disarming of Grace (Annabelle Wallis), in random motion, sinuous folds of her hair, for a “heart already broken” where the sink ‘illusion of a sensitive feeling myself.

Fresco violent epoch of an England that embroiders his motives historical ties between the laces of the boots worn of its protagonists, such as transparencies and redemption status of membership in musical rhythms for concurrent calls in the sound of Nick Cave, and Jack White. A fascinating shot of style, captivating in its English accents in refined tweed of his clothes, his newsy cap slightly folded on fleeting glances of his actors, in the fringes of hair, perfectly elegant in their cut of the profile, the enchanted ‘ brutal execution of its internal laws, and the secrets of its protagonists, deconstructing significantly the stature of his cynicism to the more lyrical elegy to indulge in the sentimentality of his figures.