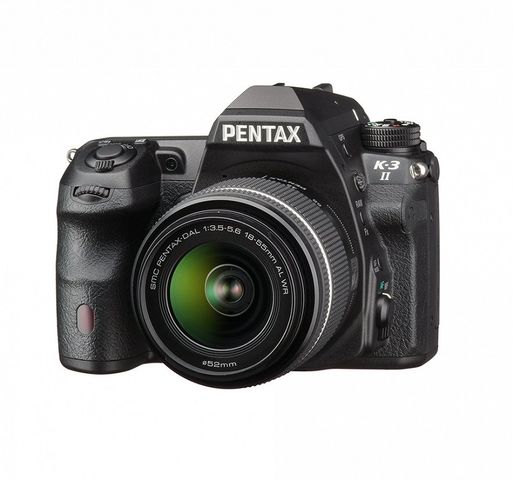 Ricoh Imaging Company announced the release of a new SLR camera – Pentax K-3 II – flagship SLR cameras with a bayonet “K”. New replaces the Pentax K-3 (released in November 2013) – camera, get a huge amount (more than 12) awards in Europe and the world as the best SLR camera professionals and enthusiastic amateurs.

The new flagship allows to obtain high resolution images thanks to innovative technologies, such as, for example, improved stabilization Shake Reduction – the most perfect of those that are now installed in chambers with bayonet “K”, the new development – function Pixel Shift Resolution, which according to the company makes it possible to obtain images of unparalleled sharpness. Among the main characteristics of the K-3 II: APS-C matrix 24.35 effective megapixel resolution, lack (AA) smoothing filter for better definition photos, high-precision 27-point AF, worked well in almost complete darkness, continuous shooting speed of 8.3 fps durable and reliable dustproof, body. Moreover, the camera has a built-in GPS module, which records the coordinates of locations where photos were taken, and thereby greatly facilitates the correlation of the footage from the route covered. Working in tandem with stabilization system, GPS-module helps the camera to take pictures of astronomical objects without the use of a special mount with an hour for conducting exciting astrophotography.

Pixel Shift Resolution System – the latest development, which allows you to shoot 4 photos of the same scene, shifting when shooting each new image matrix by one pixel, then to synchronize all four frames in one final shot.

In comparison with the conventional system when each pixel receives information about only one color, and the color of each pixel is calculated through interpolation, the new system allows each pixel to receive the actual data for each of the three primary colors. Through the work of Pixel Shift Resolution System significantly increases image detail, the actual resolution (not interpolated) becomes higher, appear much more clearly color transitions, and the flowers themselves are becoming more true, especially this effect is at high values of ISO, as without this technology is usually already there degradation of colors and resolution.

K-3 II is equipped with APS-C sensor without primary anti-moiré filter, a high-performance processor PRIME III – the same as that set in the medium format camera Pentax 645Z – for optimal high-speed information processing with 24.35-megapixel matrix, which gives sharp clear images with smooth transitions of light and shadow. K-3 II, even at high rates of sensitivity delivers images with minimal noise, making it possible to shoot at up to ISO values of 51200. 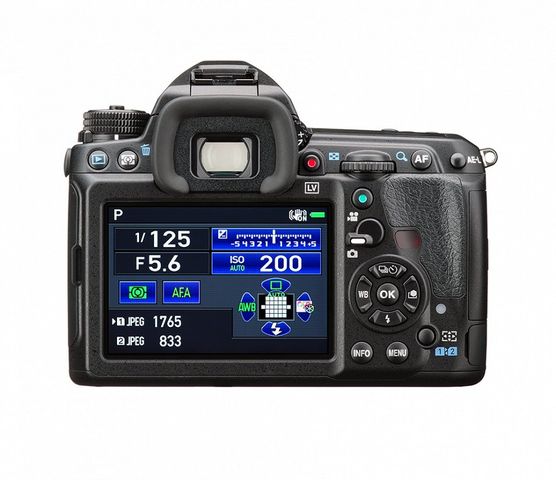 Updated built-in camera stabilization mechanism – the best in the series SLR cameras with a bayonet “K”. K-3 II is equipped with Pentax developed image stabilization technology, implemented by shifting the matrix in several planes. This stabilization system will work with any lens mounted on the camera. With the new gyro sensor, the mechanism of stabilization compensates for camera shake, the efficiency of the system is 4,5EV, which is the best result for all SLR Pentax. Even a casual shots taken on the road, will be under the control of the stabilization system, which will provide the best possible result in the existing conditions.

4. Optical-mechanical smoothing filter to combat moire in the image

When you need to control the appearance of moire in the K-3 II during exposure mechanism SR produces microscopic fluctuations of the matrix, emulating the work of classic anti-aliasing filter. And in the case where the photographer is required to get a “ringing” the sharpness of the frame, the mechanism can simply disable or adjust the degree of smoothing effect. This means that for every scene or story you can choose the appropriate setting of the smoothing filter.

5. Additional features control the composition of the frame

The design of the unit SR, which allows you to rotate the sensor unit around the optical axis of the lens, offers a variety of convenient features such as auto-leveling horizon tilt adjustment of the frame while the camera is rigidly mounted on a tripod, and the function ASTRO TRASER, Provides clear pictures of the star sky, automatically compensating for the movement of the heavenly bodies without the use of expensive and complicated to set up astronomical mounts.

Novelty is equipped with autofocus module with AF SAFOX 11 27 Focusing sensors, 25 of which are cross-shaped, and 3 are responsible for the central focus with high-aperture optics f / 2.8 or greater. Due to the much improved AF algorithms and teamwork AF sensor with 860,000 – pixel RGB sensor Metering PENTAX Real-Time Scene Analysis System, a new autofocus system works much better when shooting moving subjects or in the tracking mode. And thanks lenses in the optical path of the module and highly sensitive sensors, self-focusing is achieved and at extremely low light – a range of autofocus – 3 EV – +18 EV.

7. High-precision exposure control with the system analysis of the plot

PENTAX K-3 II is equipped with the latest highly intelligent metering system Real-Time Scene Analysis System based on 86,000 pixel RGB sensor. Analyzing the subject in the frame and identifying the main subject and the background, a system with very high accuracy determines the optimal exposure even in extremely complex lighting contrast scene. In addition, the data obtained from the metering sensor is used to increase the accuracy of white balance adjustment and automatic focusing system. 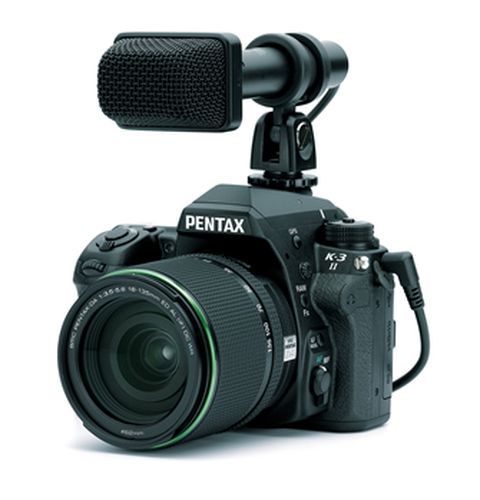 PENTAX K-3 II can do continuous series of 23 shots in RAW or 60 shots in JPEG, shooting at a maximum speed of approximately 8.3 frames per second. High-speed shooting provide a reliable shutter independent control diaphragm elevation mirror, mirror effective damping system that minimizes vibration when the shutter, and high-performance processing system based on the latest processor PRIME III and RAM DDR3.

9. The optical viewfinder with 100% frame coverage

For maximum convenience when composing and accurate assessment of the future of field shot in bright light and deep twilight camera PENTAX K-3 II is equipped with a pentaprism viewfinder on the basis of a special coating that increases the reflection coefficient and reduces light losses. Viewfinder displays 100% of the frame and has a large increase 0,95X.

PENTAX K-3 II allows you to shoot high quality video with resolution FULL HD (1920×1080 pixels, the frame rate is 60i / 30P), using the codec H.264, which provides a perfect picture at economical expenditure of space on the memory card. Availability of manual and semi-automatic modes of exposure settings, manually adjust the volume level of an audio recording, a terminal for connecting an external microphone and headphone jacks makes K-3 II an ideal tool for the videographer. In addition to the many creative special effects for 3-II allows you to shoot images with a resolution of 4K (3840h2160 pixels) at a given interval and automatically combine them into a video stream. Thus get the opportunity to record video ultra-high resolution 4K.

Thanks to the built-in GPS module and electronic compass, the camera records and writes metadata snapshot location coordinates, altitude, azimuth and precise satellite time. Also useful are: the ability to record the track to move the camera; compass displayed on the monitor screen; function ASTRO TRACER, which simplifies the tracking and photographing celestial bodies by ligaments GPS data with the mechanism of movement of the stabilizer (of SR) camera.

Large 3.2-inch LCD monitor with high resolution of approximately 1,037,000 pixels with an aspect ratio of 3: 2 allows you to conveniently view the footage to build the track and evaluate sharpness in Live View mode and a video, with the convenience to make settings in the menu. Impact-resistant tempered glass guarantees the protection of the monitor in harsh environments, and a unique design, which is completely absent when the air gap between the LCD panel and the protective glass, ensures the absence of glare when using the camera in bright ambient light.

Enclosure K-3 II is made of durable lightweight magnesium alloy. Due to the presence of 92 seals, the camera is protected from dust and moisture, ensuring reliable operation in the most challenging weather conditions and even at temperatures down to -10 ° C. A reliable due to the gate, the guaranteed number of operations without degrading the performance of which 200, 000 times, the new flagship K-3 II will be a faithful companion photographer, providing tremendous efficiency and responsiveness in various shooting conditions.