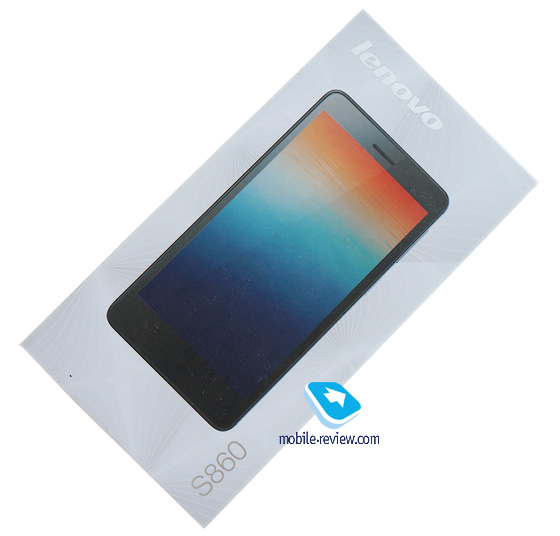 A series of “LPs” smartphones appeared at Lenovo has long been the first model in this segment was the Lenovo P700i.Honestly, besides capacious battery and a decent appearance, that unit was nothing else to boast.

The company then announced the Lenovo P780, which worked on the look and materials of the smartphone, as well as optimized its shell. This smart phone is now a good choice of “long-playing”.

Considering today Lenovo S860 can be called the successor P780, in any case, they have a lot in common: aluminum body, large size, long battery life.

Grade unit I sincerely pleased. Such a trifle as the USB-OTG cable few puts into the box. The same applies to a wired headset.

In the description of the appearance of the unit and would like to use the word “brutal”. This smartphone will definitely be interesting is the male part of the audience. Large size, aluminum body, “in your hand and feel a thing” – all this is true for the S860.

Most of the front side takes a five-inch display, positioned above it mesh earpiece, front camera, light sensors and proximity, as well as the indicator light.

Below the screen are three touch-sensitive buttons hidden: “Back”, “Home” and “Menu”. Long press “Home” opens Google Now, while holding down the “Menu” is the last open applications.

On the left side are the volume rocker and power button. Their location is optimal for easy clicking. The keys have a short mild stroke, they are convenient.

Right, you can see the tray for two SIM-cards format microSIM.

At the upper end is located 3.5 mm jack for headphones, and at the bottom – the microUSB port and two stereo speakers.Also like the Lenovo Vibe Z, at S860 great loud speakers, an incoming call, you will hear even in a very noisy environment.

The device is well built, all the parts fit tightly to each other, there is no backlash and clearances.

When describing the size of Lenovo S860 and want to compare it with that kind metal bar. The unit is large, much larger and thicker than other five-inch smartphone. I know that some users like such major smartphones, “feel in the hands of the thing” – is quite popular review of it. 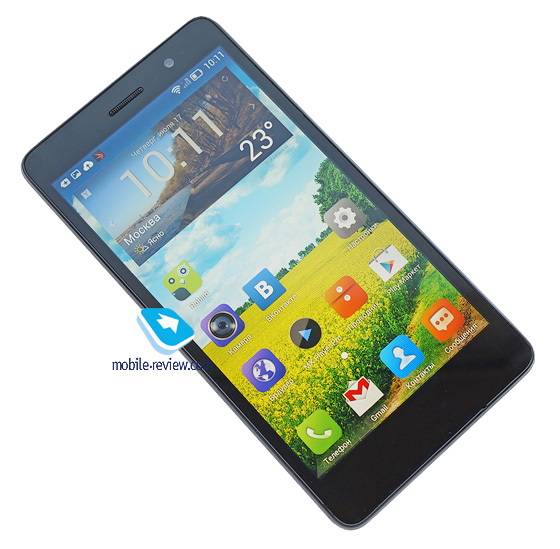 Screen in this phone is good, but it can not be called the best. With this diagonal HD-resolution is no longer enough for small fonts noticeable pixelation.

The viewing angles are very good in the smartphone: the rejection of the image becomes slightly paler (but inverting the colors is not).

In the sun, the information on the screen can be seen, but you have to strain your eyes, so keep that in mind. But read on your smartphone at night is not as convenient, minimum brightness want to reduce a little more.

The device runs on Android 4.2.2 preloaded with shell from Lenovo. I’ve already talked about its features in the review Vibe X, anyone can read the part. 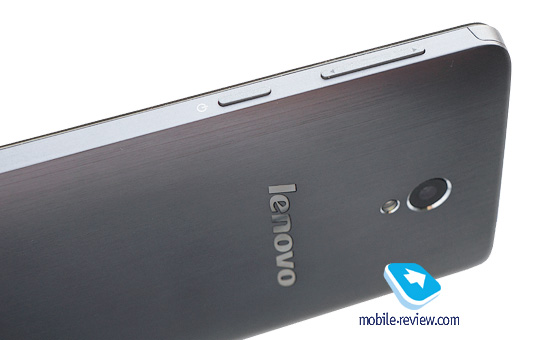 Here again I will add that in addition to improvements in the Lenovo «stuffed” set some obscure and unnecessary services like SyncIT, ShareIT etc. They are constantly spamming notifications and it is very annoying, have to disable them entirely.

The device is very fast, it comes as a built-in apps (launcher, browser, dialer, and other programs), and third-party. As for the games, with most of them the machine copes well, slight braking only in the most demanding of them.

The device has a removable lithium-polymer battery with a capacity of 4000 mAh.

In the HD-video devices charge enough for 8 hours (maximum brightness mode “on the plane” is included).

In music mode (screen is off, the mode of “flight” is included) smartphone has run for 115 hours.

With daily use, you can safely rely on the 2 days of battery life in a very active use (twitter, mail, included synchronization, viewing HD-video, a total of 3:00 of the active screen on the day). 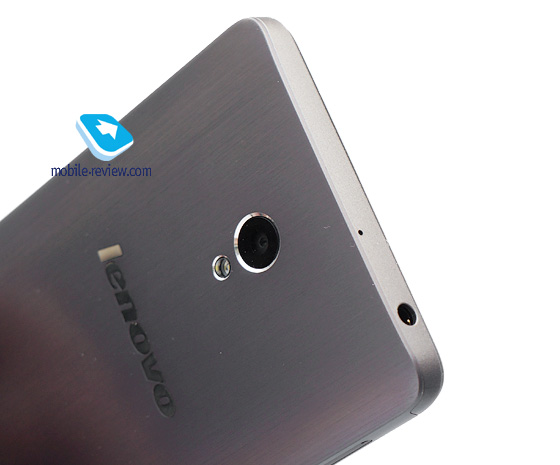 Wi-Fi (b / g / n) – in the settings you can turn on “hand” mobile Internet via Wi-Fi, as well as take advantage of transferring files via Wi-Fi Direct.

GPS – cold start took about a minute, the work itself, the GPS is not very good, it is a problem of all devices on MediaTek.

The quality of communication there are no claims, you and your partner can hear each other perfectly.

In a large retail this unit sells for 15,000 rubles. In smaller shops can be found for 12,500 rubles. And in the first and in the second case it is a high price, in my opinion. If you look only at the big retail, it is best to add and take a cool Vibe Z, which works almost the same, but much better performance and screen. 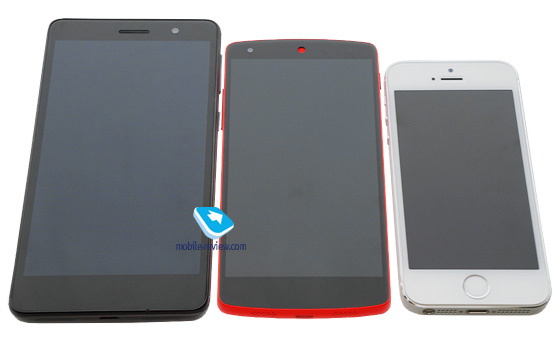 As in the review Vibe Z, I decided to again mention “gray” retail, because in it this unit sells for 8-9 thousand rubles. And this price is very good for him, it is in this price segment Lenovo S860 damn good. In general, if you are targeting for the purchase of a “gray” goods, the S860 – a great option if you are considering only the official retail, it is best to look at the Vibe Z.

And briefly about the pros and cons. 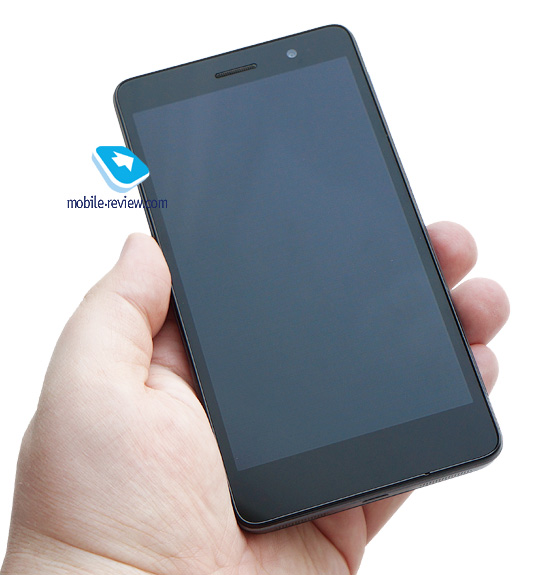