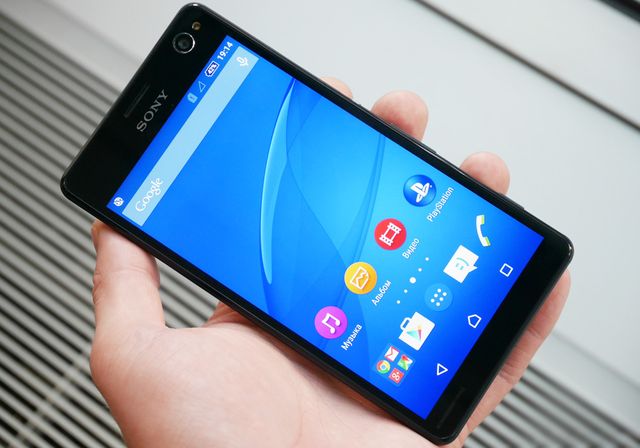 Smartphone Sony Xperia C4 E5303 is another representative of devices aimed at selfie shooting, but the flash and autofocus camera on the front is not the only advantages of the smartphone. It has enough interesting pieces that could interest fans of stylish and functional device. Details will be disclosed in the detailed description of the apparatus.

The model went on sale in 2015. At the time of the review in different stores at the device prices ranged from 268 to 376 dollars. There are several modifications Xperia C4, they differ mainly in the support of different frequency bands. E5303 model, which will be discussed in this review, working with all our operators, but it supports only one SIM card. Dual SIM version of the E5333 has a prefix name.

Technical specifications of the smartphone, albeit with minor reservations, yet correspond to the average price segment.

Housing plastic device in the hands of non-slip. It has slightly rounded corners and side edges. The manufacturer offers a choice of one of three colors of the case: black, white and mint. In the embodiment, the front part of the mint in black, in the remaining color evenly across the panel. Control buttons rendered on the display, so the frame below the screen is free, and quite compact.

On the right side edge is a proprietary round power button, a separate physical button for the camera and volume rocker. Under the flap are hidden slots for memory card and SIM. It is advisable to specify: plug here “for beauty”, moisture protection are not available in this model. Location MicroUSB connector and non-standard – on the left side edge. Housing dimensions: 77.4 x 150.3 x 7.9 mm. Weight: 147 g 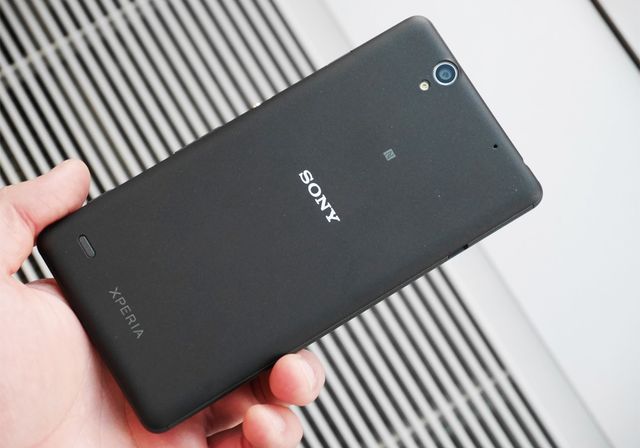 Buying Sony Xperia C4, the user can count on fast enough smartphone to perform any tasks. Whether it’s browsing “heavy” pages in the browser, high-definition video, run demanding games hardware resources – a smartphone copes with everything.

Many users complain that the smartphone is significantly heated. It is not just a warm body, and and overheating. The Sony is not the first device that suffers excessive heating of the processor. But in this case it occurs only under heavy use and high load (in games, for example).

In this arrangement, a sufficient amount of RAM – 2GB. It is enough for the stable operation of the smartphone in the interface in any application, and at the same time start a few games and / or programs.

Of the 16 GB of non-volatile memory available to the user about 8 GB. Not the most outstanding performance for mid-range devices, taking into account that the market there are suggestions with 32 gigabytes. If necessary, you can expand the memory using a MicroSD flash card, up to 128 GB.

From the built-in, non-removable battery capacity of 2600 mAh Sony Xperia C4 can work day, with a moderately active loads. If you activate the power-saving STAMINA mode, hold the smartphone in the same rhythm for a few hours longer. In the video playback from YouTube with included WiFi network the battery is discharged for 8-9 hours Games – 4 hours. From 0 to 100 percent battery charge in 3 hours.

Many device users complain that autonomy in this model the disorder. In fact it is not. Power Supply 2600 mAh actively discharges the 8-core processor and a FullHD screen. However, smart working day without problems on a single charge. The Sony a good job of optimizing the software part, and STAMINA mode and Corepilot 2.0 technology helps to economize energy. 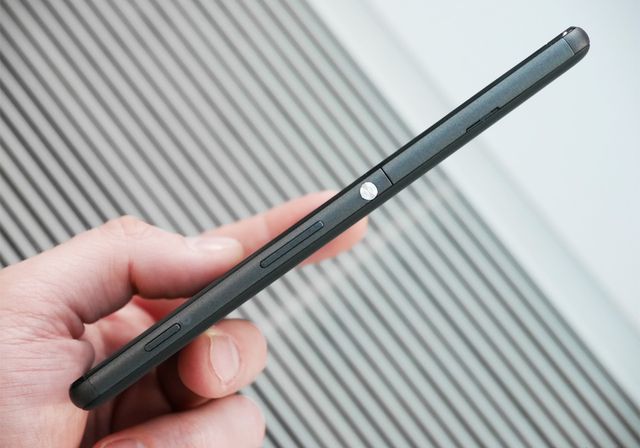 The main camera is a matrix Sony IMX214 Exmor RS with a resolution of 13 megapixels and f / 2.0 aperture. There is a mode of program stabilization SteadyShot, avoiding blurry images while driving. There is also a “superavtorezhim” in the chamber. His task – to shoot scenes automatically detect and choose the best settings for the particular case. With their tasks function handle, the camera shoots quickly, rare footage lubricates and almost always chooses the correct settings. For those who want to independently control the entire process, there are manual settings allow you to control ISO settings, exposure and adjust the white balance.

In general, the camera is a good work out pictures at close to medium range, with details all right. Image quality secondary market at the current time. Sensor sometimes misses with the white balance, and get a picture with natural colors is difficult: depending on the settings of the image will be either dull or oversaturated. But this is unlikely to be a significant drawback for the average user, who needs a smart phone that makes good pictures on a “point and shoot”. The camera can record video with 1920 x 1080 resolution, 30 FPS. The video quality is good, but if you activate the SteadyShot stabilization, the image is “Jelly rubber.”

The front camera is fully equipped with everything you need to help you get a high-quality selfie. 5-megapixel module with an aperture f / 2.2 wide-angle and 25 mm is complemented by soft LED flash and autofocus. Soft light does not blind in the dark, and only illuminates the object being photographed. In the user’s arsenal will be a lot of effects and filters to create interesting images, selfie, all of them is impossible to enumerate. In fact the quality of the photos is not bad, but nothing more.

It is worth noting the function of “Picture in Picture” and applied to the photo, and video. For example, it is possible to conduct a report on the main camera, and video in real-time will be displayed the face of the reporter, filmed on frontalku.

Sony Xperia C4 has a nice 5.5-inch IPS display with a resolution FullHD (1920 x 1080), and maximum viewing angles. pixel density of 401 PPI. The image colors calm, not oversaturated, which is typical for IPS-matrix. Management MiraVision color modes available. But there is an image enhancement technology Mobile BRAVIA Engine 2. After its activation are viewing media content will appear more vivid, contrast and saturation than it actually is.

The parameters of the display is the “ultimate brightness mode”. He will quickly consume battery power, but the sun image visibility is significantly improved. You can also activate a mode that allows you to operate with gloves on. Including “The actions of one hand”, some elements of the image will be adapted for easy one-handed operation. The screen is protected by a mineral glass. Oleophobic properties repulsive fat, and promote easy sliding glass finger there.

In terms of sonic possibilities in the Sony Xperia C4 is nothing remarkable. By itself, the main sound loud speaker, emits sound without noise and squeaks, but without pronounced bass. But the location is not very good: the speaker grille is located on the rear panel. And when the smartphone is on the table, to hear the call already from the next room will be problematic. The high-quality headphones sound good, clear, deep bass is present. With the earpiece is also all right, and the volume and sound quality at a decent level. 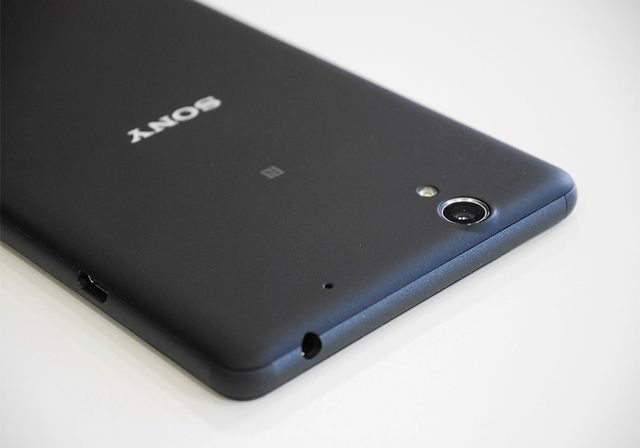 Initially the smartphone comes with Android 5.0 operating system. At the moment, there is a possibility to upgrade to Android 5.1, but the official website of the manufacturer’s model Xperia C4 is in the list of devices waiting to Android 6.0. Redesigned interface is minimal as a result we obtain almost pure Android with some chips from Sony. Among them are the ability to record video with the screen without having to install additional software, advanced power saving mode, “Simple Mode” for people who are not particularly versed in this technology, “Small Apps” to run certain programs on top of the windows, and other small things.

The smartphone has many features, it stands out among most other devices:

The model is quite interesting in many respects. In the first place, Sony Xperia C4 is recommended for people who need an elegant ‘selfifon “large-screen FullHD, and for which the issue price – not the most important argument. Yes, the unit price is slightly overestimated, but it is not surprising, given the pricing policy of Sony. The main thing is not to feed false hopes with respect to the photographic opportunities. Buyers need to understand that both the camera in this smartphone – good, but not the flagship, despite the huge functionality. But connoisseurs of practical devices are unlikely to enjoy strong heating under load, failure location and speaker connector for charging / data transfer, as well as the lack of moisture protection, in spite of the plugs for MicroSD and SIM card.