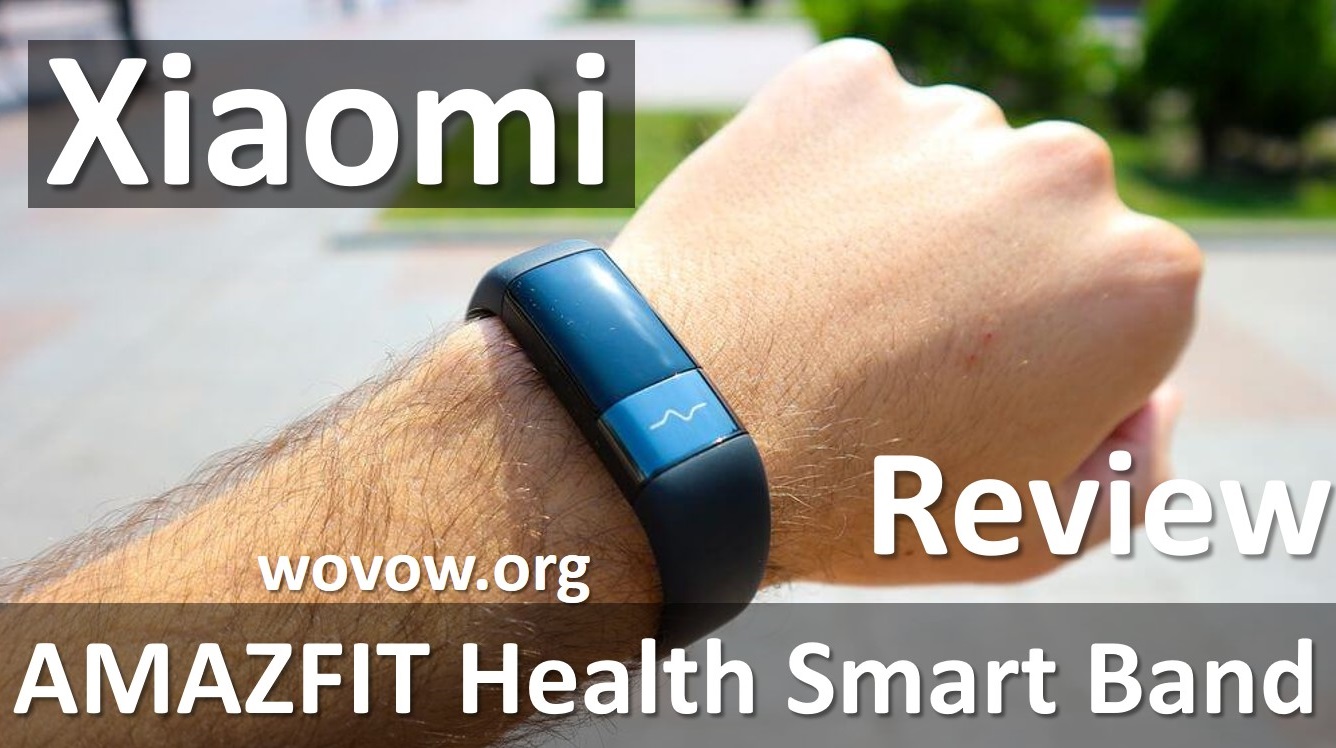 In early 2017, Xiaomi’s sub-brand Huami released its new fitness band called Amazfit Health Smart Band. Earlier, you could hear about the smart watch Huami Amazfit Smart Watch. It has round dial and an attractive design, but the basic functions almost identical to the cheaper fitness tracker Xiaomi Mi Band 2. By the way, Huami also produces the second-generation Xiaomi Mi Band 2.

So, we received Xiaomi Huami Amazfit SmartBand for review. Also you can meet such names as Xiaomi AMAZFIT Heart Rate Smartband or Xiaomi Health Band. You should know that it is the same device.  In our review, we’ll call it Amazfit Health Smart Band.

GearBest is the sponsor of this article. The online store provided us with Amazfit Health Smart Band for a detailed review. 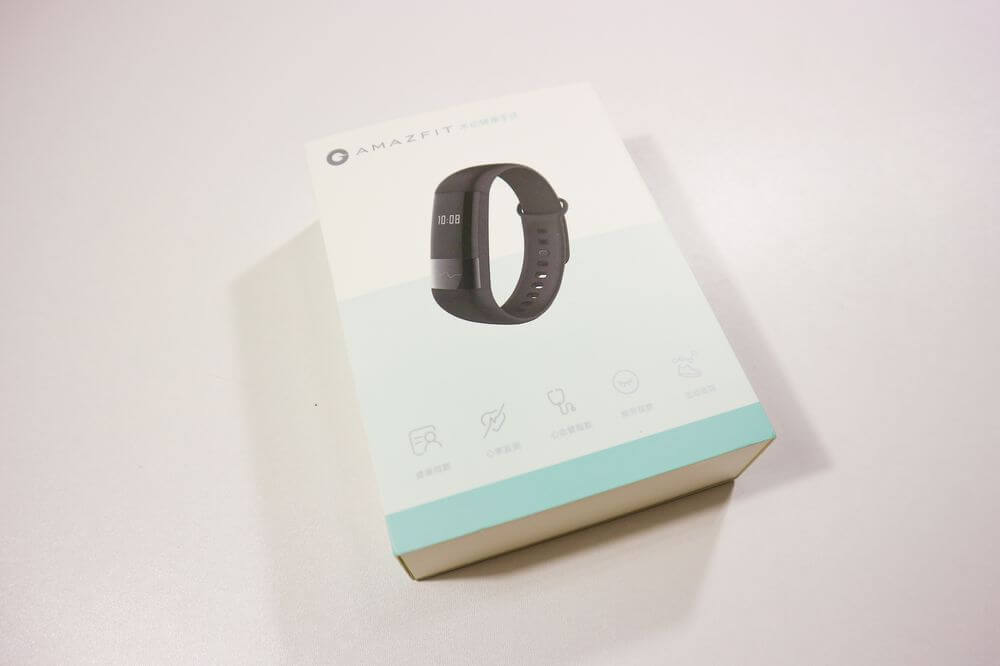 Amazfit Health Smart Band comes in a white box. On the front panel is an image of the band. At the bottom, we see small icons with basic functions. Above is the inscription AMAZFIT.

All other inscriptions are in Chinese, like the application itself and smart band interface. But we’ll talk about this a little later. 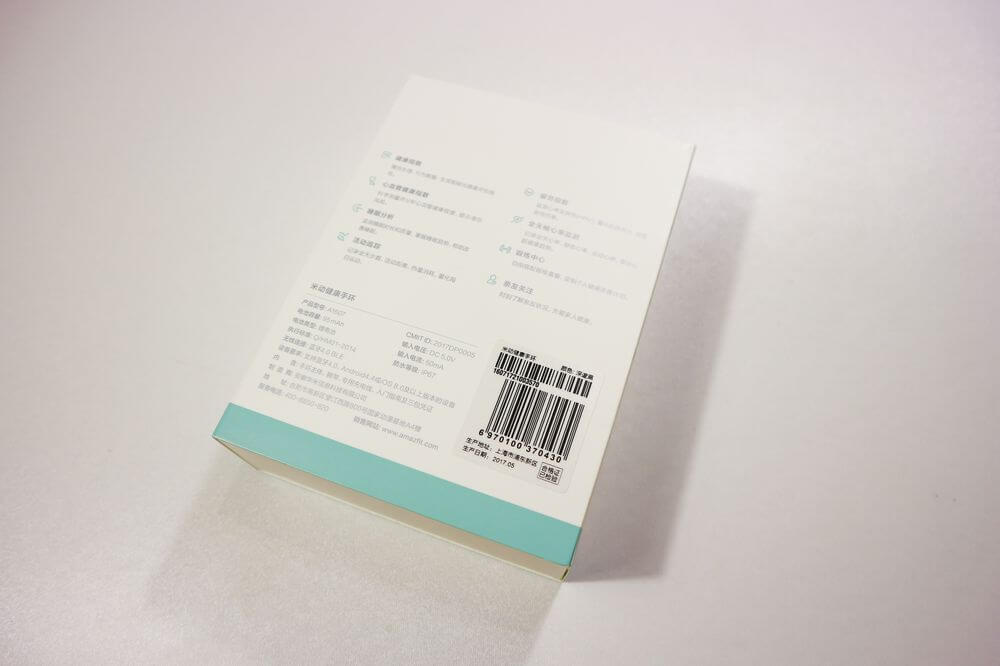 On the back panel of box, you can find basic functions of the device. And again, the inscriptions are only in Chinese. Below is a list of specifications. We understood only the battery capacity of 95 mAh, support for Bluetooth 4.0 LE, as well as Android and iOS. All other inscriptions are in Chinese, so we’ll take specifications from GearBest store. 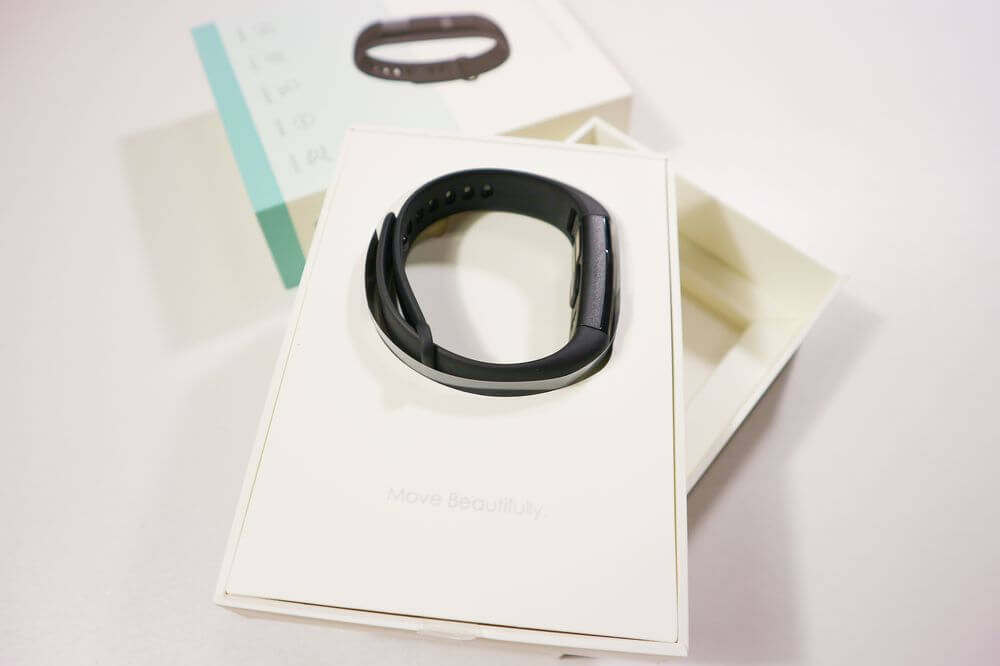 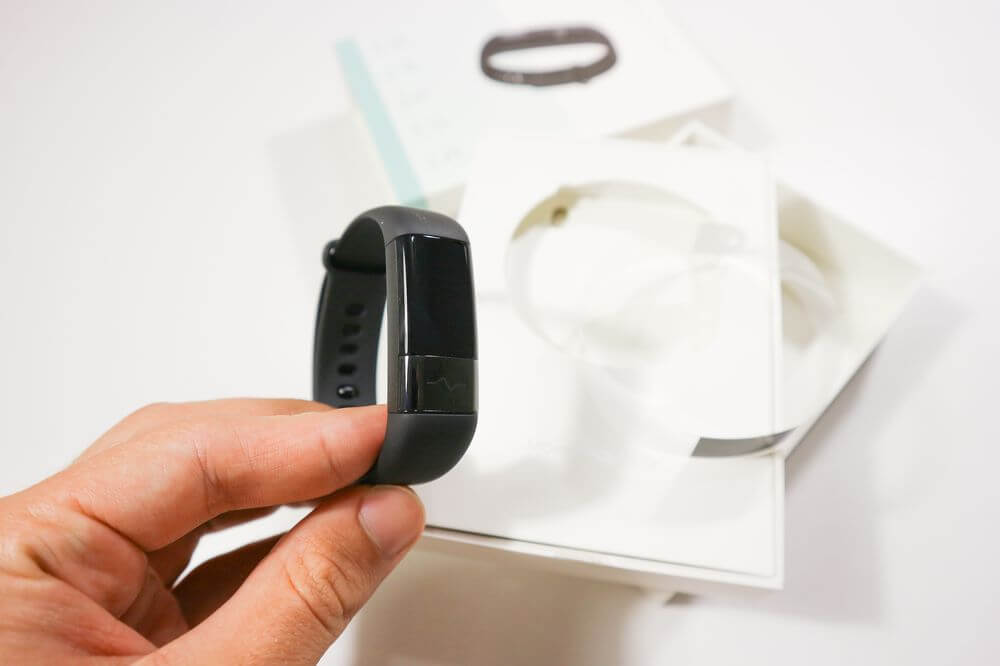 Inside the box, we immediately see a smart band with slogan Move Beautifully. Is not it strange that all inscriptions on the box in Chinese, and the slogan in English? 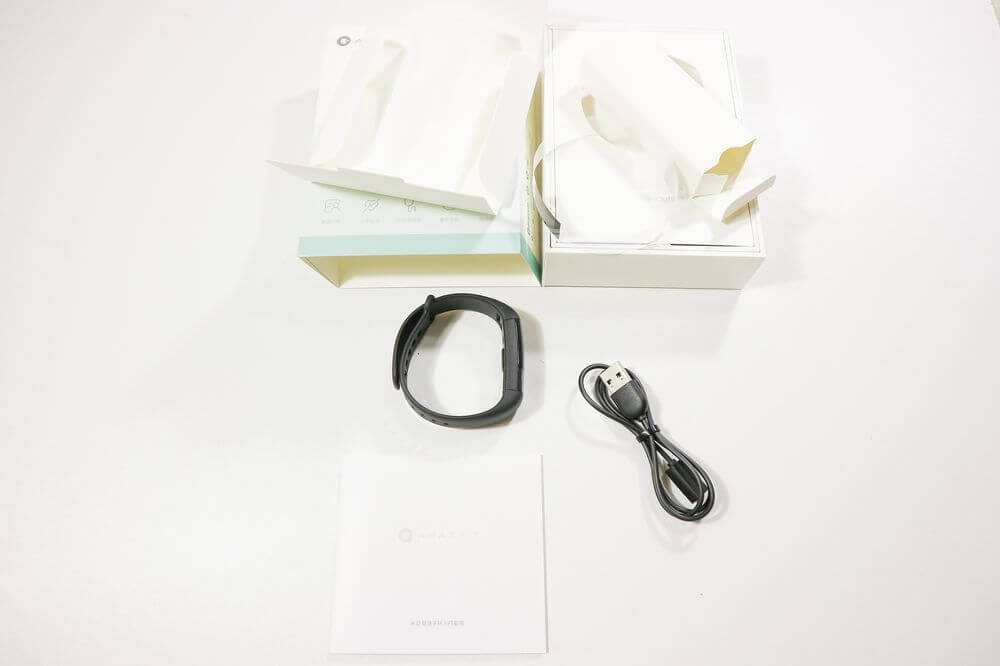 Under the bracelet is an envelope with user manual (also in Chinese), as well as a box with a charger. 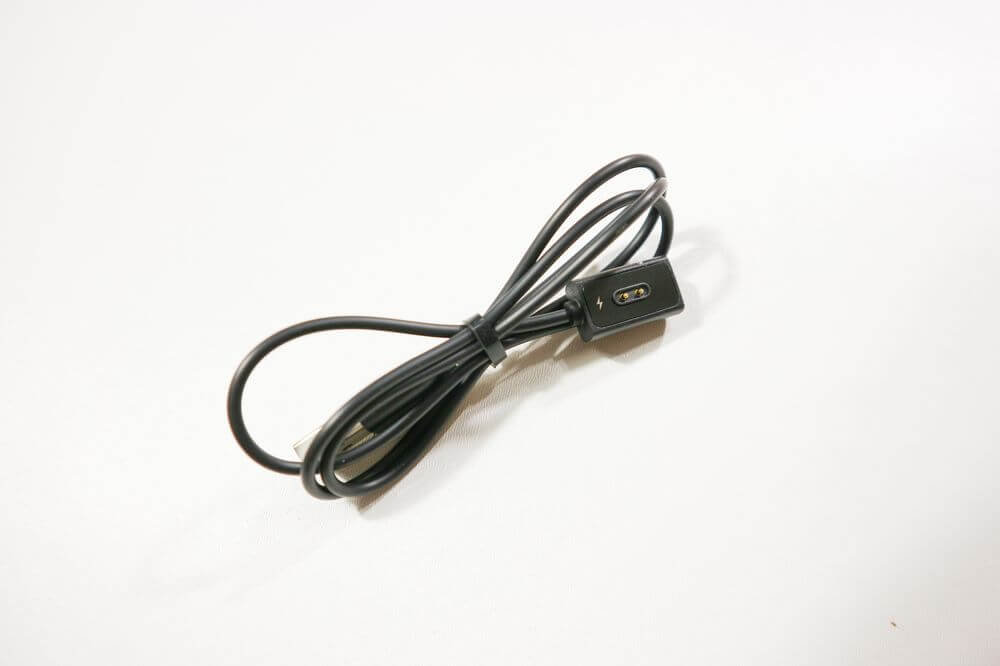 The charger is a USB port on one end and a magnetic connector on the other. The length of the cable is about 50 cm. 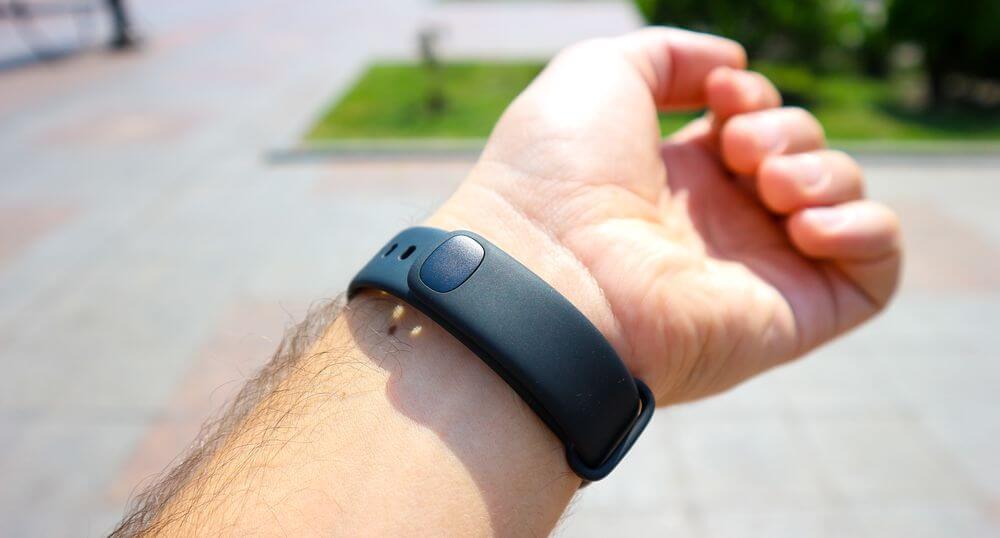 Amazfit Health Smart Band has a protective film and an image with time on it. Do not let yourself be fooled, it’s just an image. After you remove the film, you will see a real screen. 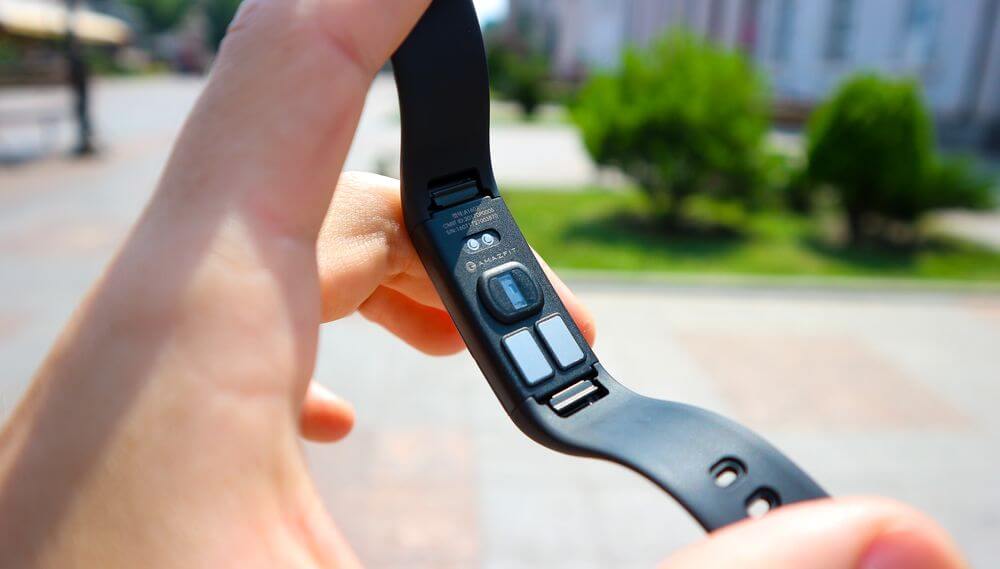 On the back of Amazfit Health Smart Band is an ECG sensor that allows you to monitor cardiovascular system. Here you can also find an optical heart rate sensor and magnetic connectors for charging the device.

On the front panel is located 0.42-inch display, and the touch button below it. The display has four main screens: time, steps, heart rate and battery power. 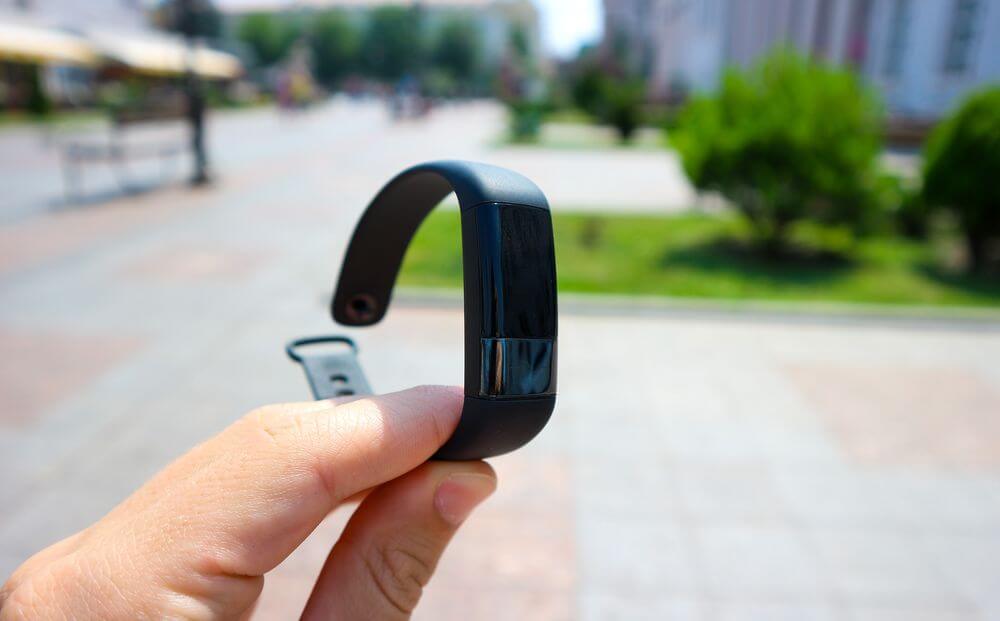 If we compare Amazfit Health Smart Band with the same Xiaomi Mi Band 2, then it should be noted that our hero has completely different design, as well as a more impressive set of sensors on the rear panel.

Now let’s find out the basic functions of Amazfit Health Smart Band, and what it can offer special.

So, what is the main feature of Amazfit Health Smart Band? First of all, it is an ECG sensor. Together with an optical heart rate sensor, the bracelet tracks HRV (Heart Rate Variability). The device collects statistics, and then system can suggest possible diseases of cardiovascular system for 10 years ahead. 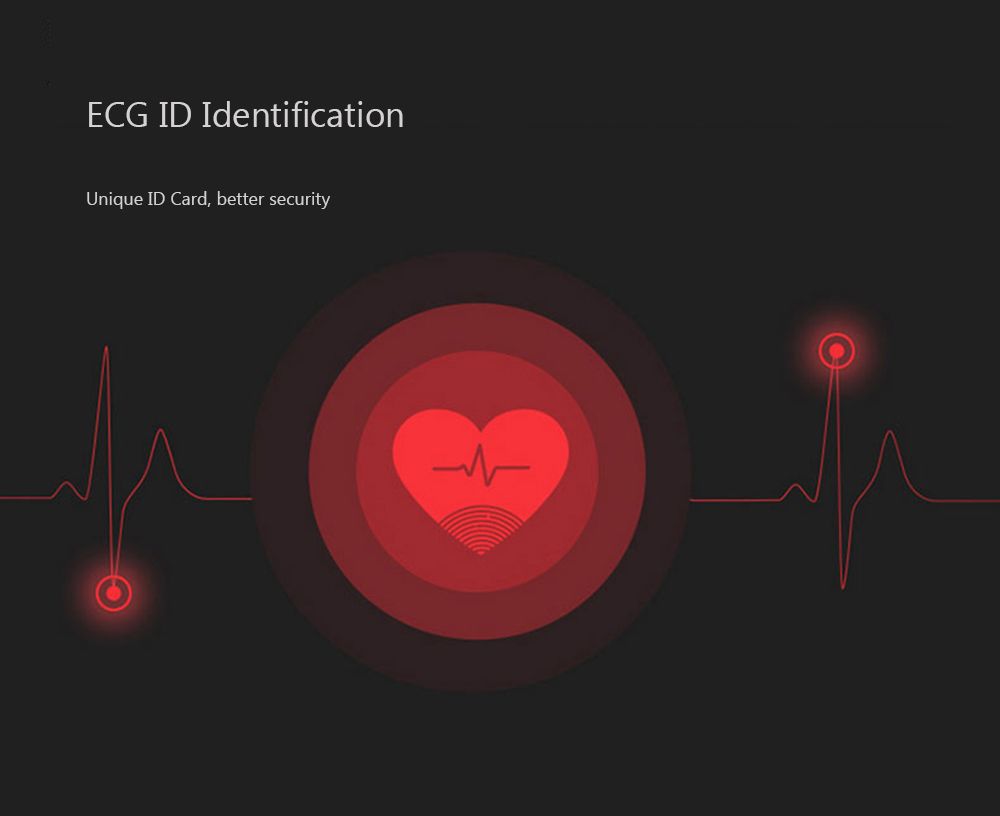 Of course, Xiaomi smart band also offers the basic functions of any fitness tracker, such as counting steps, calories, alarm clock and more.

How to install application

The mobile application allows you to choose a training program. Let’s see how to install the application, because it’s not as simple as it might seem.

As we said, Amazfit Health Smart Band interface and application on the phone are in Chinese. It is one of the main disadvantages of the device. We hope that the manufacturer will release the English version application in the near future.

So, let’s take a quick look at how to download and install Amazfit Health application.

So, now you are in Amazfit Health application.

Lifehack: you can use a second smartphone with Google Translate to translate Chinese labels into any other language.

In the end, you will receive the following interface with heart rate, HRV, steps and so on. 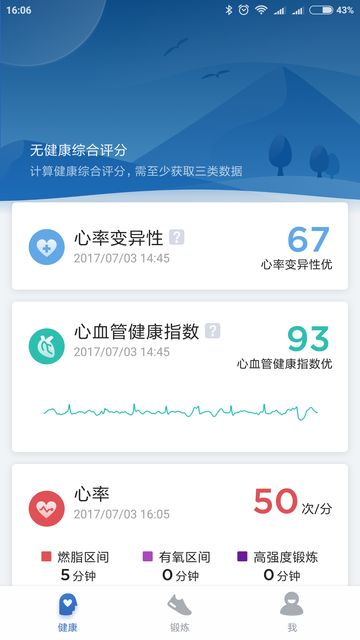 In the second tab you can find recommendations on sports, physical activities or sleep.

In the third tab – information about your profile, for example, weight, height, connected devices and so on.

The smart band can be used without application. Just press and hold the touch button below the display until you see the heart rate and HRV result. Also the display of Amazfit Health Smart Band shows passed steps for the day, time and battery charge.

The app is a very useful addition, but only if it is translated into English. It allows you to view the history, recommendations, advice and much more.

By the way, Amazfit Health Smart Band has 95 mAh battery. This is enough for 7 days of battery life, which is a good enough result. 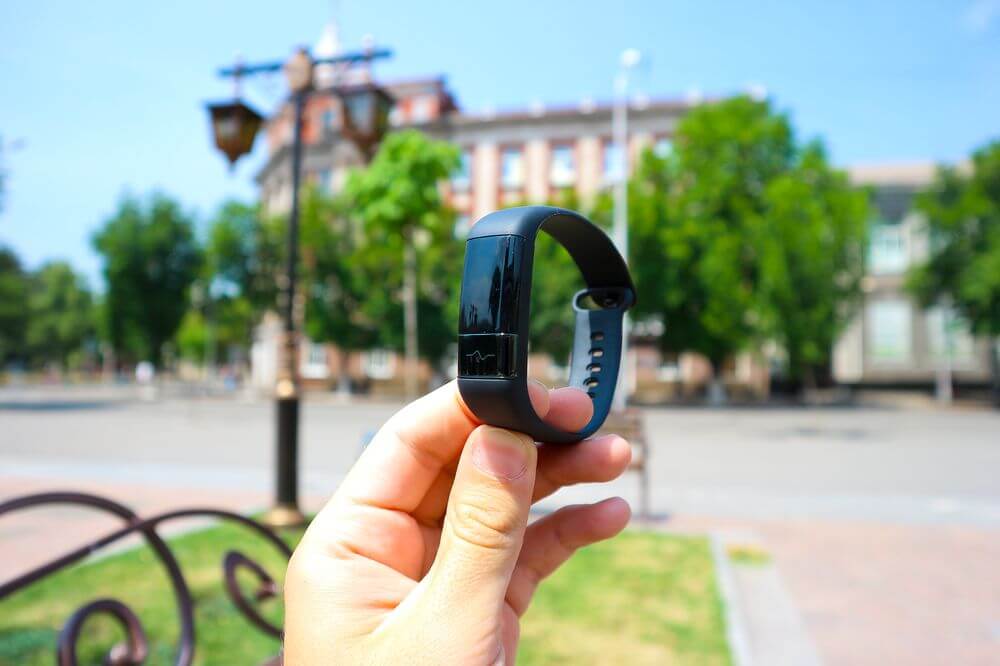 Amazfit Health Smart Band is really different from other fitness trackers due to its ECG sensor. The device monitors user heart rate during the day, and then offers various tips: less nervous, more physical activities or contact a doctor.

The application looks very interesting, but it is completely in Chinese, so we did not find it useful. We are sure that soon the English version will be released, and then we will be able to learn all the functions of the application.

Amazfit Health Smart Band looks very interesting and promising, but the lack of English localization does not allow us to use all functions of fitness band.